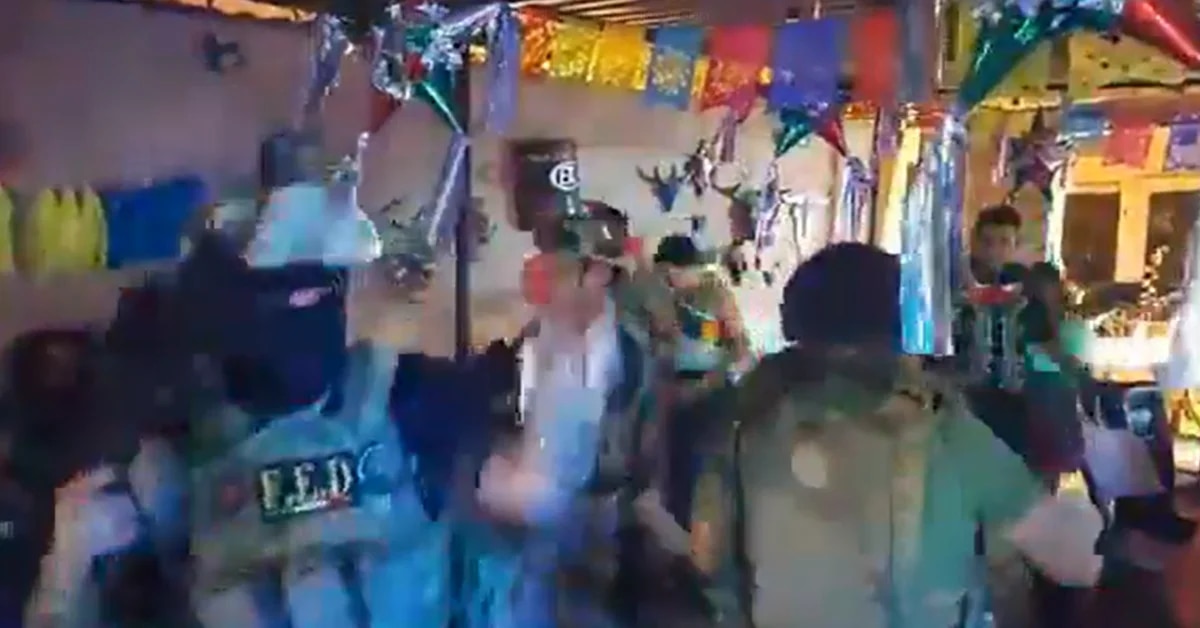 Through a video, a celebration was leaked by alleged members of the Northeast Cartel when they held a party on September 15.

Through a recording that circulates through social networks it is possible to observe supposed Hitmen of the Northeast Cartel celebrating the national holidays of September 15. According to preliminary information, the events took place in Nuevo Laredo, Tamaulipas.

The video images show several armed people, with vests and with their faces covered dancing in a place where there are decorations like piñatas with national colors. Some wear helmets with the national flag marked on the side.

Around the armed hit men there are also civilians who presumably record the actions and move to the rhythm of the music together with the armed people. It is also possible to notice the presence of a singer performing alongside a live band. 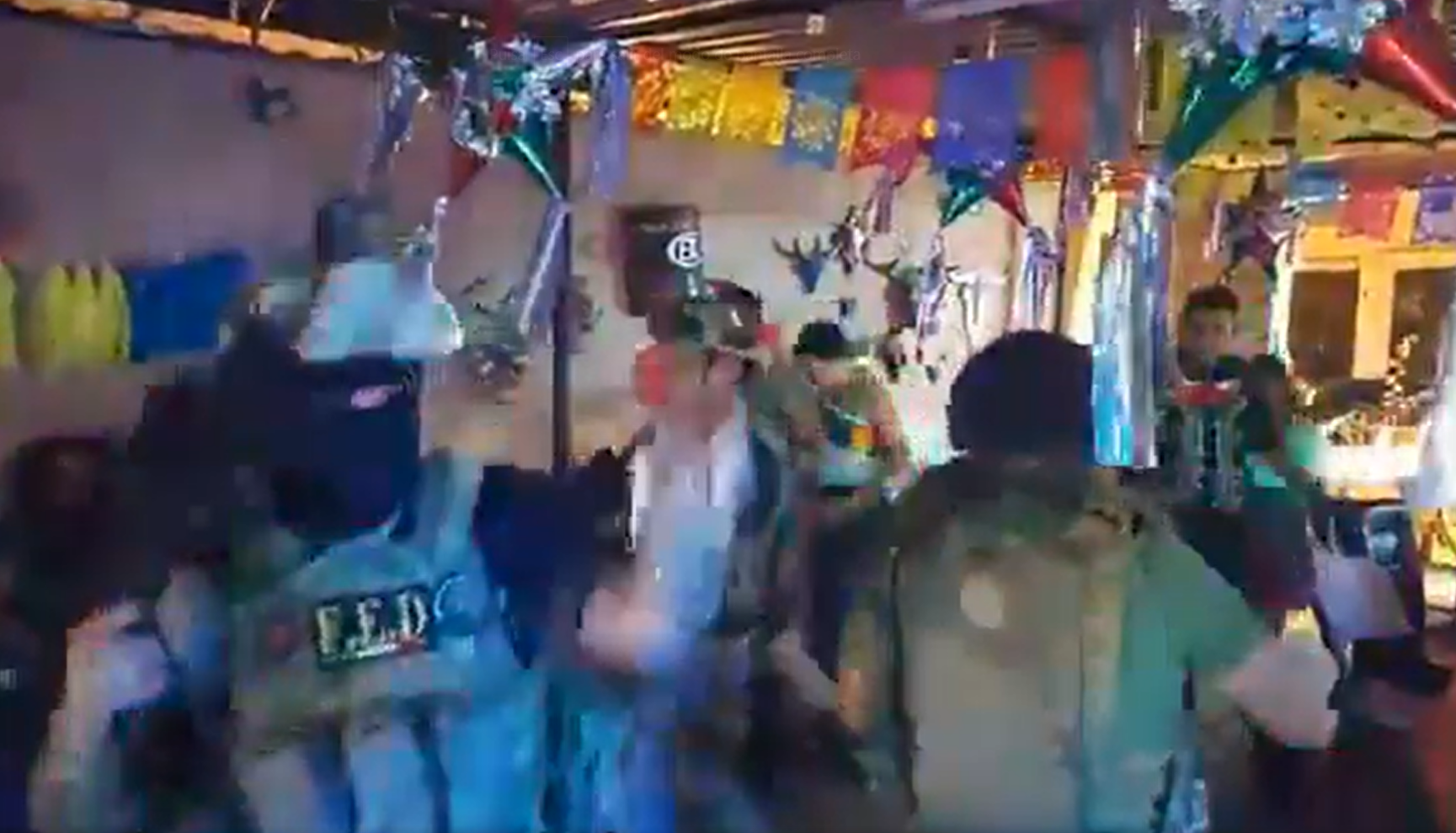 Hitmen from the Northeast Cartel celebrated on September 15 (Photo: Twitter/@FronteraRV)

In the video, which lasts a little over two minutes, a few steps from where the armed men appear. minors near people who only watch the dance of the alleged hit men.

The celebration also featured rapidly changing color lights and several chairs surrounding the armed group that danced in the center of the dance floor.

It should be remembered that, just a few days before, images of the birthday celebration of He laugheda commander of the Jalisco New Generation Cartel (CJNG) who goes by the name Francisco Jaramillo Valdovinos and also carries the alias of The boy either Serious Commander.

Party at full volume, drinks and the bursts of a machine gun in the narco-birthday

In said celebration a narcocorrido could be heard in the background and it was possible to see guests drinking to celebrate. From one moment to another, a flurry of bullets was unleashed for a few seconds, coming from a weapon known as FN Minimi.

At the sound of bullets, the singer of the live band stops and when the shots end the music and the party continue.

It should be remembered that at the end of August, another narcocelebrationthis time by members of the Sinaloa Cartelwho through heavily armed assassins and with military tactical equipment participated in a drug party.

The men carried long weapons and were dressed in bulletproof vests and helmets, and they also enjoyed the rhythm of a song composed by Nestor Isidro Garcia me Nestor Ernesto Perez Salasalso know as the Ninitop security chief The Chapitosas the heirs are known in the criminal empire of Joaquin Guzman Loera, El Chapo.

Gunmen armed as soldiers enjoyed and watched an alleged drug party of the Sinaloa Cartel.

The date of the drug partyHowever, it is thought that it happened in days close to August 30, when the video was released. Presumably the celebrations took place in the Sierra de Sinaloa.

At the beginning of September, they found a drug message possibly signed by the Northeast Cartel in which they made threats to the Jalisco New Generation Cartel (CJNG), because on that occasion, the text referred to “the Jalisco”, in addition, the text listed four people who it assured would be the following. 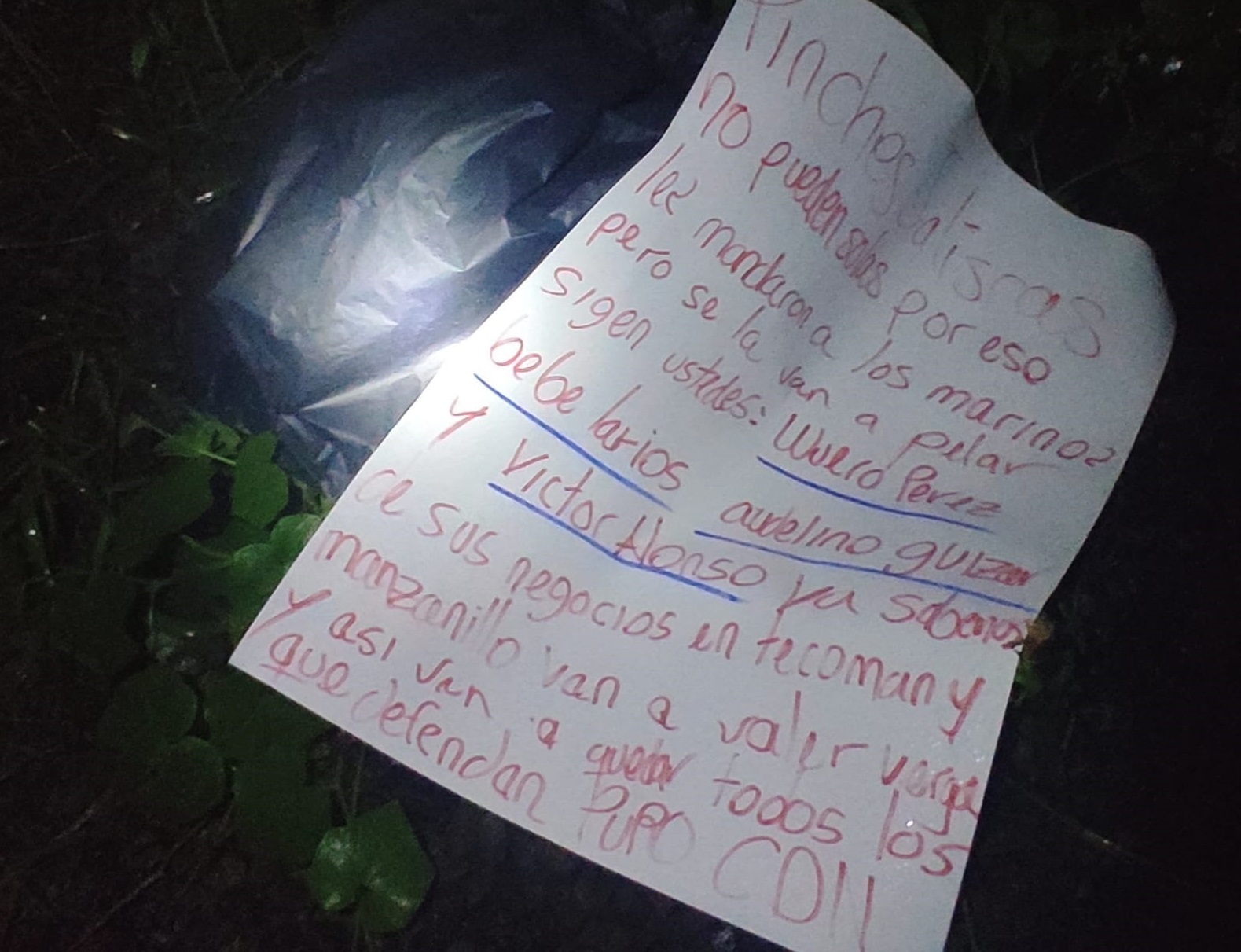 A drug message appeared apparently signed by the Northeast Cartel in which they make threats to the Jalisco New Generation Cartel (Photo: Twitter/@Doujinshi15)

“Pinch ** Jalisco can not alone, that’s why they sent the marines but they are going to peel it, you follow: Wero Pérez, bebe larios, Audelino Guizar and Victor Alonso We already know about their businesses in Tecomán and Manzanillo, they will be worth seeing ** and that is how all those who defend will remain. Pure CDN.” It could be read in the threatening text that it was left on top of a bundle of black bags, whose content was not revealed.

Previous Protesters threw a coffin into the Dublin river to coincide with Elizabeth II’s funeral
Next They capture the exit of water from the pool in Reynosa in an earthquake today, September 19