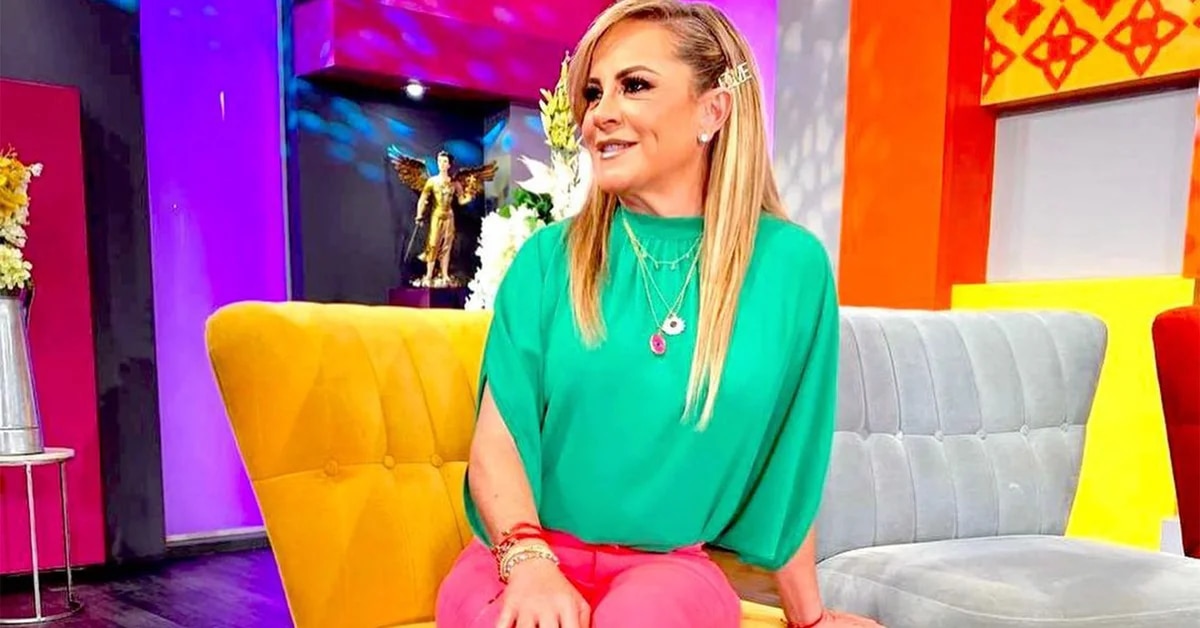 “Don’t do drills”: the distressing video of Roxana Castellanos in the earthquake from a building

This September 19 thousands of Mexicans experienced moments of expectation and anguishbecause after the practice of a mega drill carried out in different cities of the national territory for the purpose of commemoration and prevention, in effect there was a tremor which was strongly felt in various parts of the country.

And it is that At 12:19 this Monday the seismic alarm sounded in different locations, as a notice of the earthquake drill, previously announced in the media.

To generate awareness and prevention, and as a reminder of the tragedies that occurred in 1985 and 2017, when two earthquakes occurred on September 19 of those years, the authorities arranged for a mega-drill that was done successfully.

However, less than an hour later, an earthquake of magnitude 7.7 on the Richter scalewith epicenter in Coalcoman, south of Michoacán, shook the country at 1:05 p.m. leaving a wave of anguish, bad memories and a disturbing coincidence.

The earthquake that occurred this day unfortunately left the balance of one person dead, in the state of Colima, after a structure of the Coppel commercial store collapsed, and different material damages in the entity, perhaps the most affected by the telluric movement.

But probably the biggest effect the earthquake had was the “activation” of the terrible memory of earthquakes occurred 37 and five years ago, since coincidentally the three phenomena occurred just on September 19. 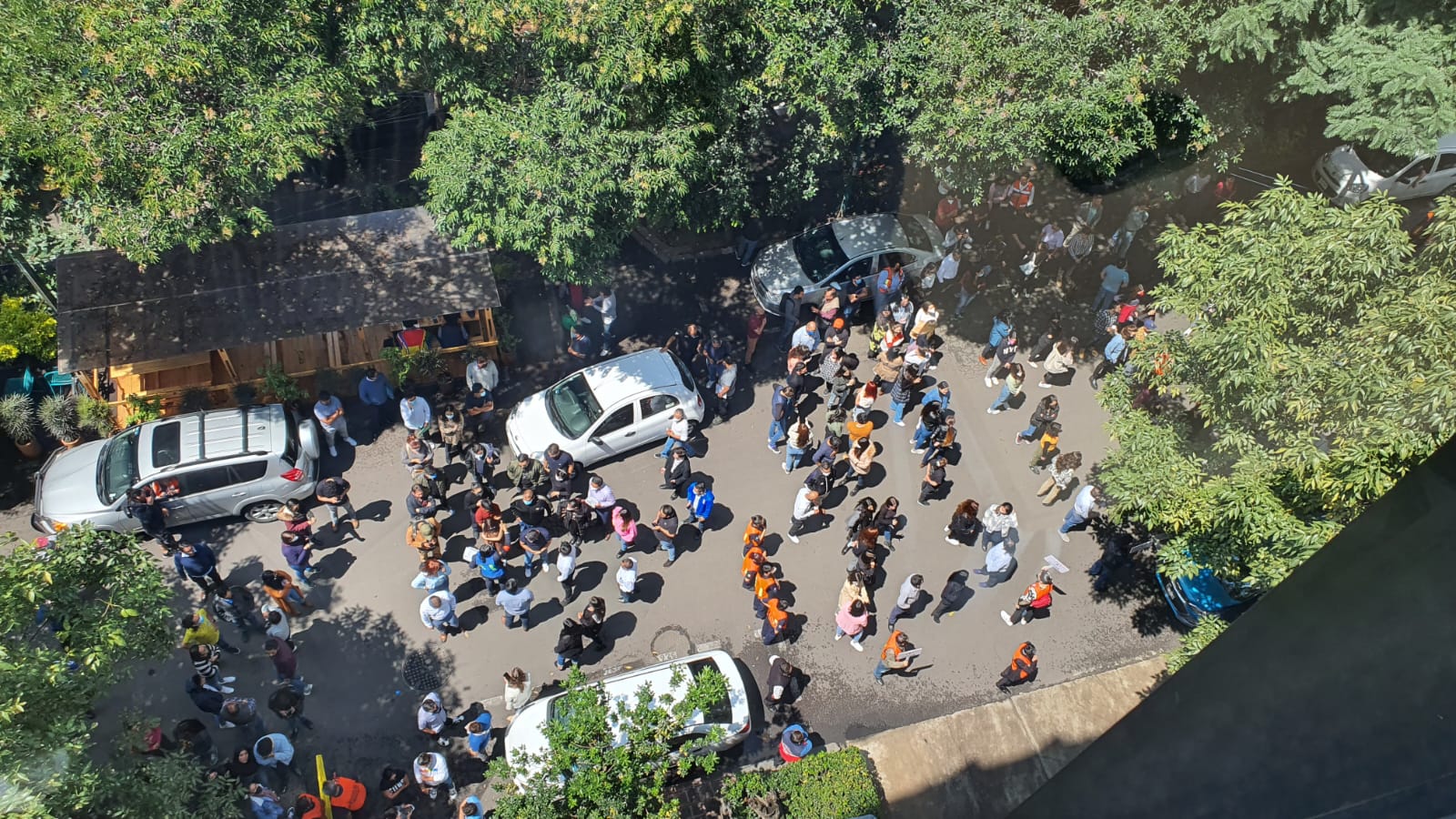 The mega drill was carried out in various cities in Mexico (Photo: File)

This situation has generated uncertainty and disbelief, as many people wonder how is such a coincidence possiblegiving “magical” explanations or explanations that allude to the amazing power of the mind and consciousness.

Such is the case of the actress Roxana Castellanos, who suffered moments of anguish in the midst of the tremor that occurred this day. And it is that since minutes before the drill, the driver of tell me now let his audience know he was preparing for civic exercise.

In her Instagram stories, the presenter showed a panoramic view of what appears to be the apartment where she lives. In the clips you can see a large window from where you can see several buildings and skyscrapers.

Roxana focused the camera on the horizon from her balcony and exclaimed: “Here there is already a lot of movement from helicopters and others because there are three minutes left for the drill, what fear. Are we ready, right? ”, Said the actress of the series Neighbours to his kitten.

“We are not allowed to evacuate because of the height of the floor we are on, but everything goes well and do not do drills this daywhat horror ”, highlighted the presenter.

However, almost an hour later, the actress behind the character of “Deyanira Rubí” captured on video the moment of terror who lived just when the earthquake was happening. With a broken voice and evidently anguished, while she oscillated a hanging lamp, Roxana said:

“This happens with their p * nches drills, it’s called collective consciousness and then it’s shaking. It cannot be, really, that this is repeated again. 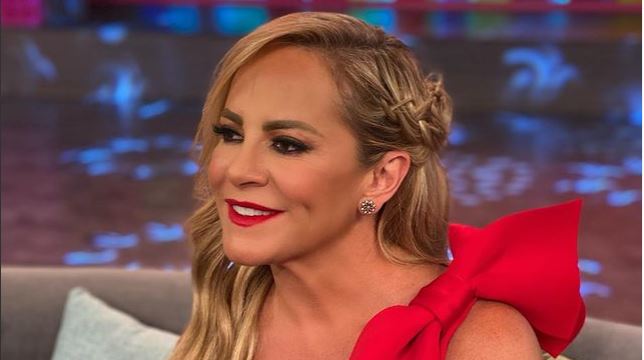 Roxana said that the coincidence in dates of both earthquakes is due to “collective consciousness” (Photo: Instagram/@larox07)

Although the actress did not delve into her ideological position, it alludes to the popular belief (not scientifically proven) that if a mass of people “manifests” or “decrees” something at the same time and in the same space, it is likely that it will indeed happen. .

After the publication of her distressing story, Roxana let a few hours go by to add new clips to her social network, this time to promote her participation in the telenovela crown of tears 2, where he gives life to the character of “Leonarda”. Roxana shared a couple of videos of her performance in the recently released melodrama, and regarding the subject of the earthquake, at the moment the actress has not expressed anything.

An earthquake of 7.7 was recorded in Michoacán that was felt in Mexico City
Earthquake 19S 2022: why the “triangle of life” does not work in Mexico
Earthquake in Mexico: Sheyla Rojas experienced moments of tension due to a strong tremor