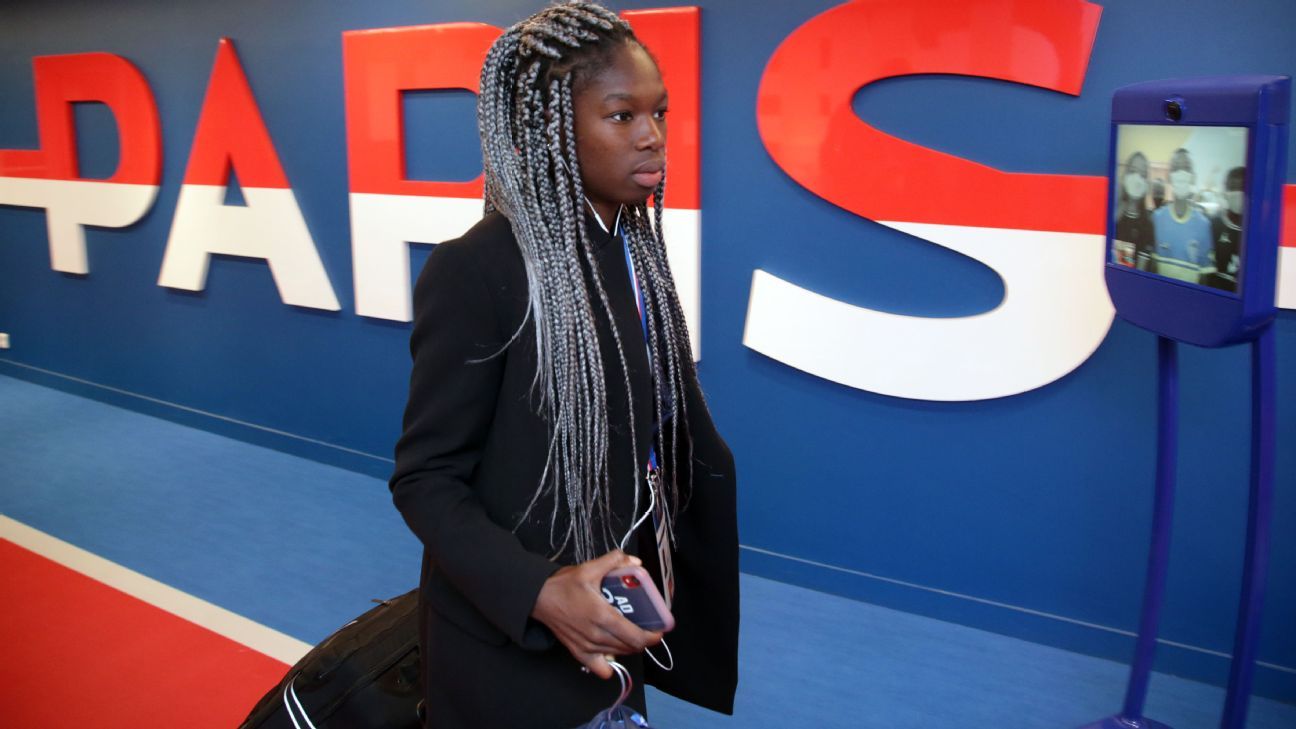 Diallo searched the internet for “how to break a kneecap” before attacking Hamraoui, according to the press

Aminata Dialloprovisionally imprisoned for her alleged involvement in the beating of her former colleague in the PSG, Kheira Hamraouisearched the internet, days before that attack, for “how to break a kneecap” or “dangerous drug cocktail,” according to Le Parisien.

The newspaper reported on Tuesday several details of the nearly year-long investigation into the attack that Hamraoui suffered on November 4, 2021 and of which the main suspect is Diallowho would have ordered the aggression moved by questions of sports rivalry.

The researchers, the newspaper notes, delved into the Internet activity of Diallo and found that he had Googled “how to break a kneecap” or “dangerous drug cocktail”.

Likewise, he adds, the agents intercepted several messages in which the animosity that Diallo felt for Hamraouiwhom he saw as a direct competition, since he occupied his position in the middle of the field both in the PSG as in the French team.

Before one of his confidants, a convict imprisoned in Lyon nicknamed “Haha”, Diallo assured that Hamraoui She was “mean, jealous and calculating” and that she deserved to have her “legs cut off”, the same source publishes.

Seriously injuring Hamraoui, Diallo aspired to the PSG renew his contract – something he ultimately did not do – “not for less than 25,000 or 30,000 euros gross per month,” he adds.

“It’s time for me to become someone without scruples (…) Take away my work for free, I do not accept that. I wish you all the evil in the world, I only need mine,” the player vented, according to Le Parisien.

In a recent statement published after the prison sentence decreed Diallo, Hamraoui he evoked the night of November 4, 2021, when he was returning home after a fraternization dinner with the team on the outskirts of Paris.

“That sad night I thought I was going to die (…) That night his goal was clear: to disable, with extreme violence, my work tool, which are my legs, and end my career,” he said.

The vehicle, driven precisely by Diallowas immobilized by a group of assailants, who took Hamraoui and they beat her with an iron bar on her legs, while they rebuked her, asking her if she liked sleeping with married men.

Although the authorities suspected Diallo at first, then they abandoned that line of investigation and came to consider whether the beating of Hamraoui could not have been linked to the extramarital relationship that she had with the soccer player of the Barcelona, ​​Eric Abidalend later discarded.

Previous IMSS Oaxaca carried out 378 Family Medicine consultations in the National Day of Continuity of Services
Next Marcelo Ebrard wants to be president of Mexico; “I have prepared myself for 40 years,” he says