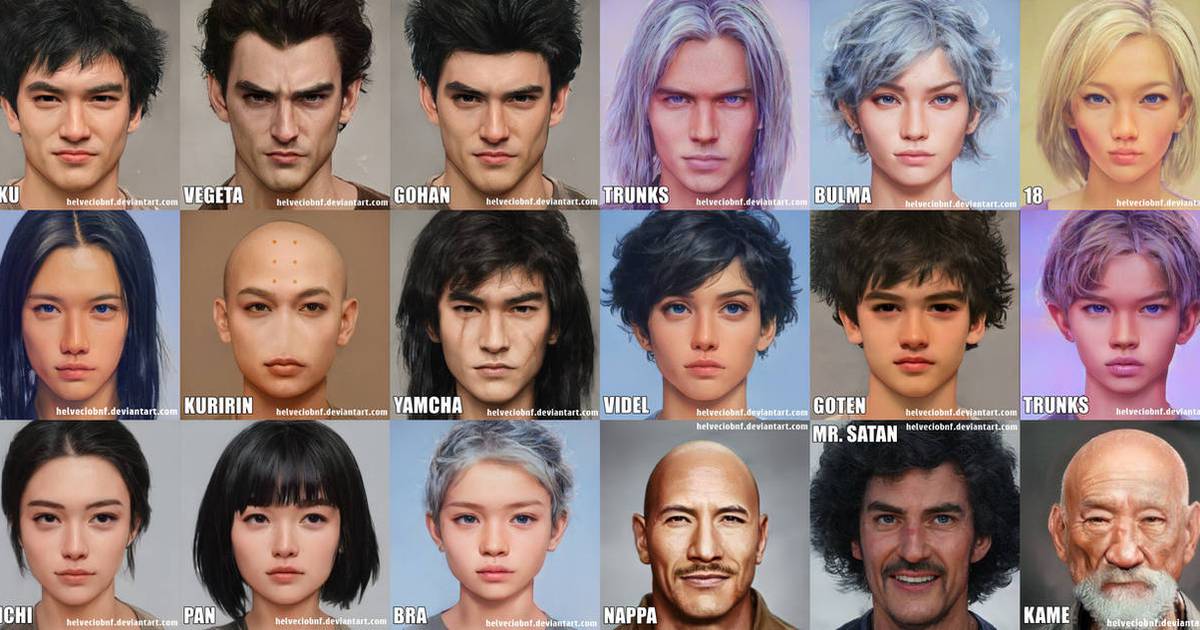 One of the biggest obsessions of Western popular culture in the last decade is Dragon Ball Z. At the same time, one of the most fixated phenomena in recent months on this side of the planet is that trend that started in Japan a couple of years ago. use artificial intelligence systems to turn manga and anime characters into portraits of real people.

Over the last few months we have shared the results of these experiments that gained special fame in the eastern country a while ago, but have barely gone viral here.

So, naturally, it was only a matter of time before artists from other latitudes of the planet outside of Japan began to carry out their own experiments.

Where these systems can create portraits from original images of Akira Toriyama’s anime or manga. But they can still produce more robust results if the digital artist does some pre-touching.

The artist known as Helvecio BNF had modest beginnings through his portfolio hosted on his account. deviantart. There the illustrator began several images of fan-art focused mostly on classic anime series from the 90s.

Obviously Dragon Ball Z occupied a large percentage of its digital art gallery with images that look very inspired by Akira Toriyama’s line in the final era of that stage, about the closing of the Majin Boo saga.

However, shortly after the artist began to experiment with more complex illustrations and began testing artificial intelligence systems.

Imitating the footsteps of his colleagues in Japan, Helvecio BNF began to create custom illustrations with the idea of ​​complementing them with the platform to generate unique portraits. And the results are impressive:

The illustrations are a bit lost on his DevianART account, but we can find portraits of Goku, Vegeta, Gohan, Bulma, Trunks, Yamcha and more of the Z fighters there.

Interestingly, the images generated by this artist began to gain notoriety in recent months, so Helvecio BNF began to generate noise to claim the original authorship of these portraits.

The level of realism of the images is impressive and therefore they may even seem like the product of a film not as accepted by the public as Dragon Ball Evolution.

Previous Activate protocol for earthquake of 5.8 in Tecomán, Colima during the early morning
Next VIDEO: the earthquake found him in the tortilla row and his reaction went viral