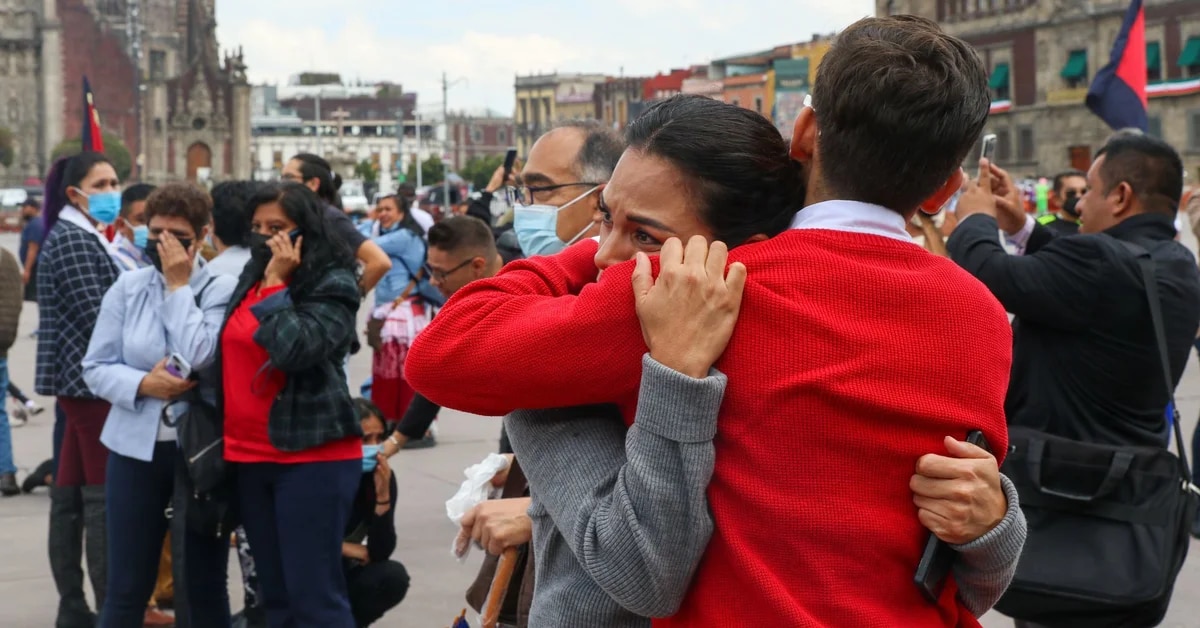 An earthquake of 7.7 was recorded in Michoacán that was felt in Mexico City 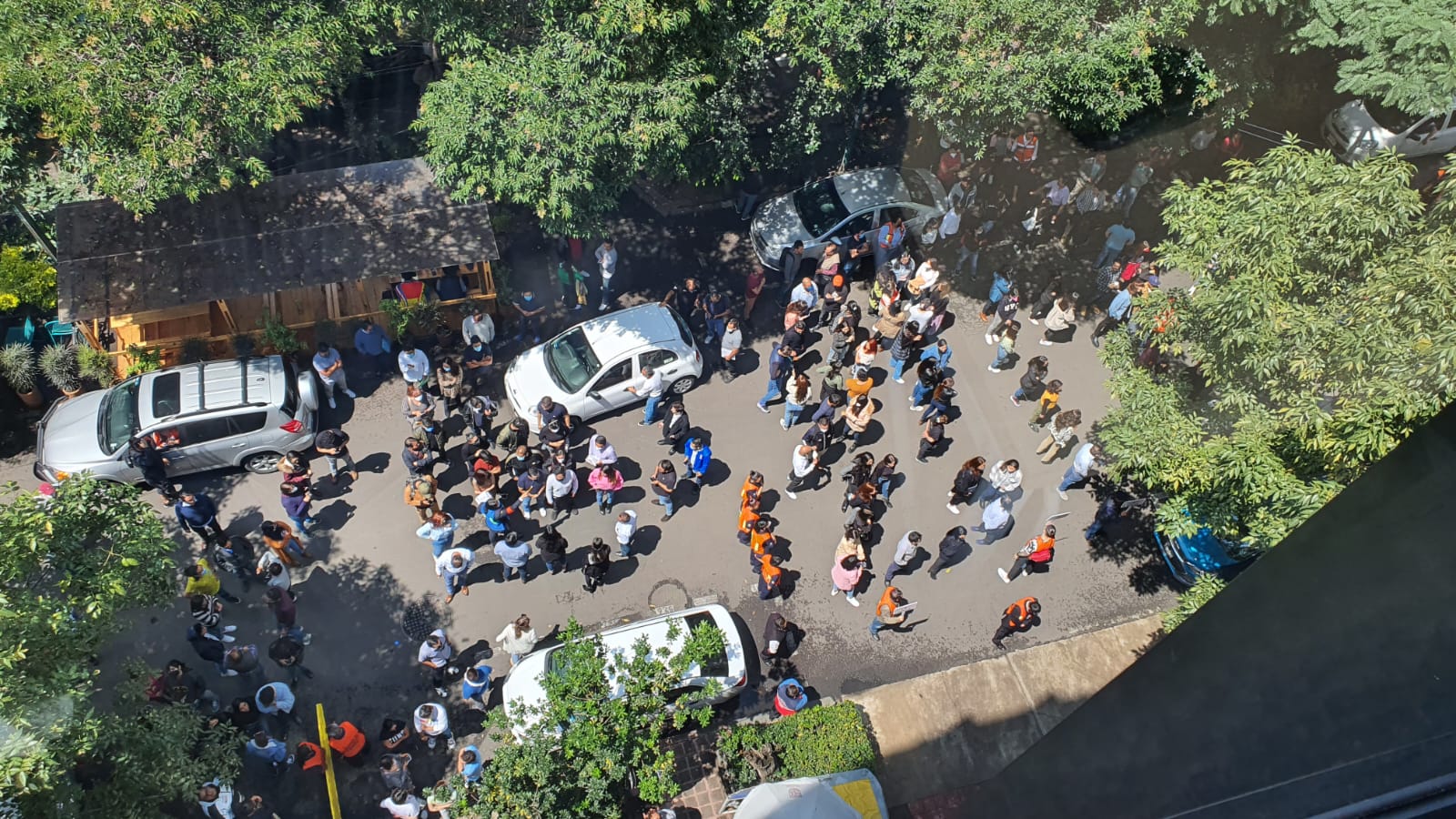 People left their homes and offices upon hearing the seismic alarm in CDMX (Photo: Special)

An earthquake with a magnitude of 7.7 shook and frightened citizens after the daily life of millions of inhabitants of Mexico City was interrupted at 12:19 p.m. on Monday September 19th, when in all the loudspeakers of the central zone of the country the seismic alert began to soundsame as indicated the beginning of the already traditional National Drill of this 2022.

Data from the National Seismological indicated that the epicenter of the real earthquake that occurred at 1:05 p.m. it was located south of Coalcomán, Michoacán. The telluric movement began about 37 kilometers southeast of the Aquila municipality at a depth of about 15.1 kilometers, according to data from the United States Geological Survey.

It was like this from the bowels of the tallest buildings on Avenida Reforma and even in the farthest elementary schools on the outskirts of Mexico City, Millions of Mexican men and women of all ages evacuated their respective homes, classrooms and workplaces on two occasions, almost consecutively, to follow up on both the prevention exercise and the actual earthquake.

The nervousness and panic was perceptible in the faces of some people because the simple sound of the seismic alarm triggered the memories of the two major earthquakes that have occurred in the country: the one from 1985 37 years ago and the one from five years ago in 2017. 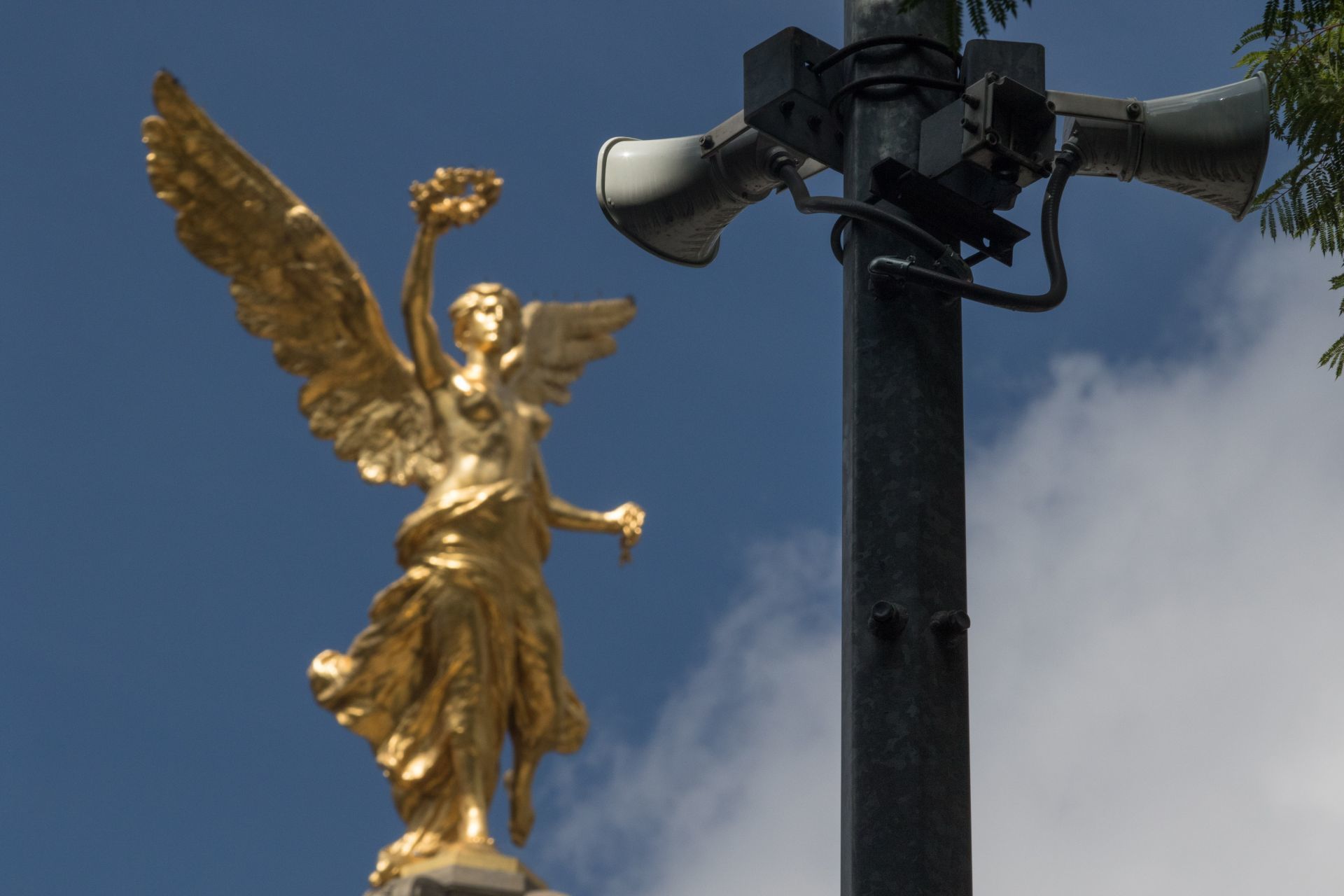 You may be interested: The most shocking photos and videos of the violent earthquake in Mexico

An earthquake of magnitude 8.1 on the Richter scale recorded on the coasts of Guerrero and Michoacán 42 kilometers northwest of La Mira, Michoacán and a depth of 16 kilometers was the hypothetical scenario under which the important prevention exercise was carried out within the framework of the National Civil Protection Day.

According to information from the 2022 National Drill, the main states where the seismic alert was activated were:

It is worth mentioning that not in all the municipalities of said entities it was perceptible, however, in what refers to Mexico City Around 14,000 loudspeakers resounded in unison at 12:19 p.m. 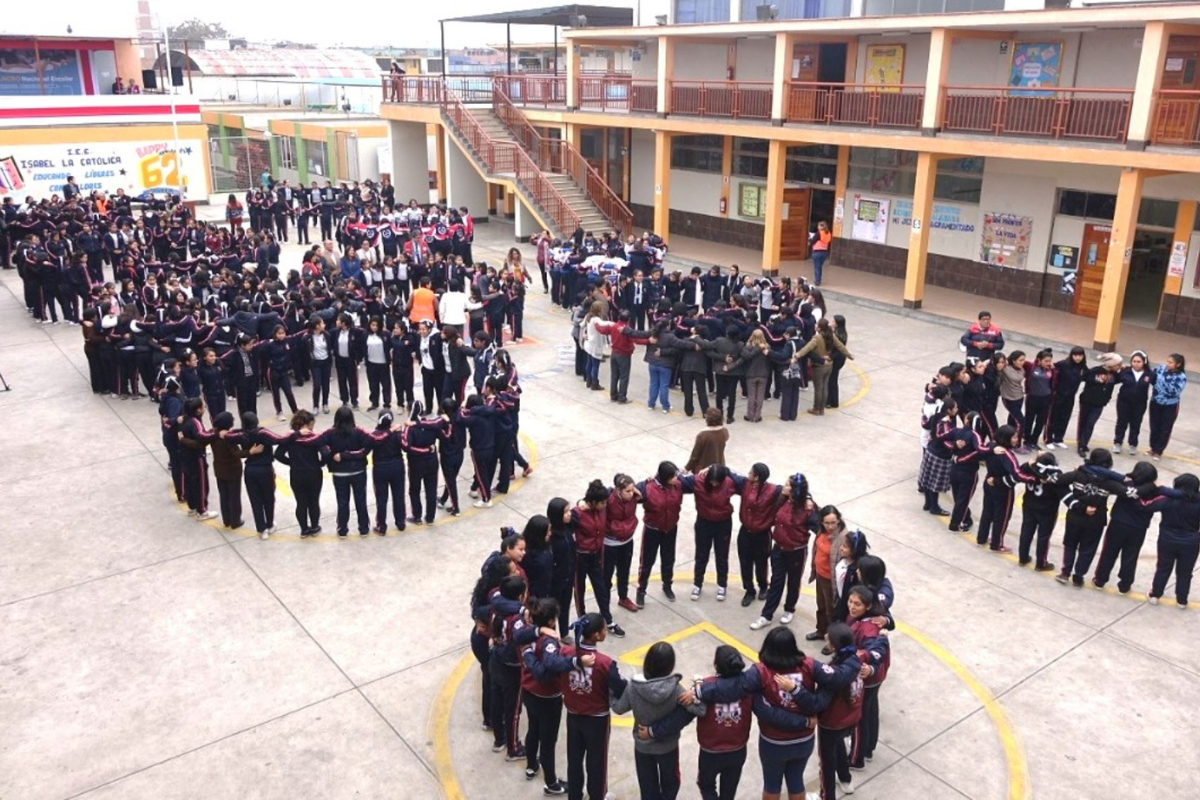 The drill that took place at 12:19 p.m. prepares the population to respond efficiently and in a timely manner to emergencies or disasters. (Photo: Andean)

To support citizens in the evacuation and coordination of the 2022 National Drill, around 5,000 public officials, including brigade members of the Secretariat for Comprehensive Risk Management and Civil Protection (SGIRPC) who identified themselves with colored vests: white for those in charge of providing first aid; the communication brigade was identified with the color green, those who supported evacuation and withdrawal tasks wore orange and the fire prevention and combat brigade wore red.

Similarly, in the Zócalo a replica of a structure that collapsed in the hypothetical earthquake, also simulating a gas leak due to landslide; Civil Protection and Firefighters personnel from Mexico City followed the protocol to attend said emergency. Meanwhile, helicopters from the Secretariat of Citizen Security (SSC) flew over the Mexican capital to monitor the drill.

For her part, the head of government of the Mexican capital, claudia sheinbaumnoted that coordinated communication was maintained during the drill with the Secretariat of Citizen Security (SSC), the Secretariat of National Defense (Sedena) as well as with the Secretariat of the Navy (Semar) and the National Guard. It will be a matter of time before the full report is provided by the capital authorities of both the 2022 National Drill and the Real Earthquake of magnitude 7.4 that occurred at 1:05 p.m. 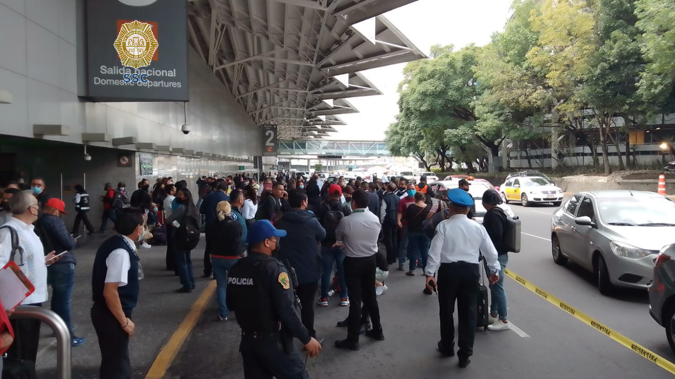 First reports made by the media indicate that the National Drill 2022 It passed without inconveniences or mishaps, while the information about the real earthquake continues to be updated.

Similarly, in social networks Internet users have begun to share messages about how they experienced the first moments of the drill:

“Soruyo and I took 1 minute to get out of the 5th floor, so I think it went well for us, what I find unfortunate is seeing the apathy of neighbors because we were practically the only ones on the street doing this prevention exercise” ; “4 dogs, 1 cat and 1 human achieved the #NationalSimulation2022 in 50 seconds The strategy is to make habits and ALWAYS have everything at hand”; “In my building there was a BAD emergency protocol during the #NationalSimulation2022. “How were they going to stop the sacred traffic to be able to cross to the safe place,” were some of the comments from users on social networks.

Earthquake in Mexico left a person dead in Colima and damaged buildings
Tremophobia: the havoc that the 1985 and 2017 earthquakes left on the mental health of Mexicans
AMLO led the raising of the flag in memory of victims of earthquakes in 1985 and 2017

Previous Pumas could depend on a game to qualify
Next Daniela Romo in Guadalajara: The singer’s concert at the Telmex Auditorium is canceled