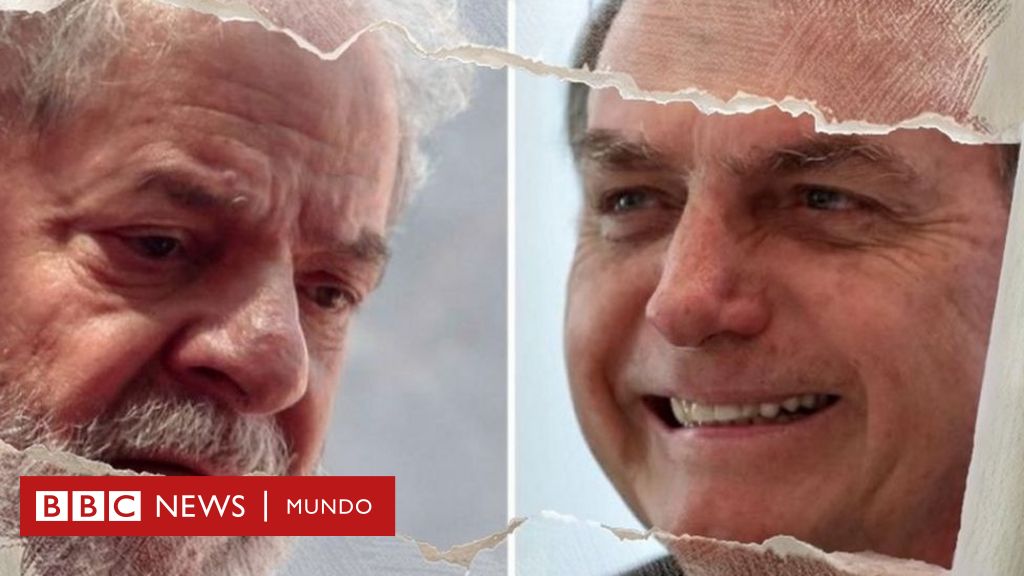 At first glance, next month’s elections in Brazil may seem like a typical Latin American contest for votes between the political right and left.

However, this electoral duel that has as protagonists the Brazilian president of the extreme right, Jair Bolsonaro, and the former leftist president Luis Inácio Lula da Silva is special by whichever it is analyzed.

The polls place Lula ahead of Bolsonaro in voting intentions for the first round of October 2 – with an advantage of between eight and 16 points in different polls – and as a clear favorite for an eventual ballot between the two on October 30.

But the harshness of the electoral fight, the mood of the voters and, above all, doubts about how Bolsonaro would act in the face of a possible defeat, lead Brazilian political experts such as Marco Antonio Teixeira to warn that this election is “atypical.”

Three keys help to understand what is happening in the largest democracy in Latin America.

Although there are 11 registered presidential candidates, the electoral campaign in Brazil has been a battle between Bolsonaro, 67, and Lula, 76, from the start.

The idea of ​​organizing a “third way” never materialized in practice.

The candidate who follows in the polls, the center-left Ciro Gomes, appears with less than 10% of the voting intentions.

Unlike previous elections in which the contenders saw each other as adversaries, now there is a strong polarization where the notion of “political enemy”explains Vera Chaia, professor of political science at the Pontifical Catholic University of São Paulo.

“With the enemy you have no dialogue, you do not respect the other: that is what is happening,” Chaia tells BBC Mundo. “The spread of hate and the narrow vision of candidate Bolsonaro make this election very exasperated.”

In recent weeks, Bolsonaro has said that the elections are “a fight of good against evil”, has presented himself as a guarantor of conservative and Christian values, and has referred to Lula as a “thief” who can take Brazil towards a socialism like that of Venezuela.

The president has been accused of inciting political violence, with phrases like the one he launched in May when talking about the alliances of his rivals: “It’s good, a single shot kills everyone, or a grenade.”

Bolsonaro has denied that his words encourage violence.

But Lula blamed him for the killing of a supporter who police say was stabbed by a supporter of the president after a political argument in a rural area of ​​Mato Grosso state earlier this month.

In July, a member of Lula’s Workers’ Party (PT) was shot dead by a police officer who burst into his birthday party honoring the former president and shouted: “Here we belong to Bolsonaro!”

Lula has sought to broaden his electoral base with deals like the one he reached with his vice-presidential candidate, Geraldo Alckmin, a former center-right rival whom he defeated in the 2006 election.

But the leftist leader did not shy away from direct confrontation with Bolsonaro, whom he has described as “genocidal” for his response to the covid-19 pandemic, and argued that “democracy against fascism” is at stake in the elections.

With a debate away from government proposals, political tension is likely to increase further in Brazil if no presidential candidate exceeds half of the valid votes in the first round and there is a second round between Lula and Bolsonaro.

With this panorama, Brazilians seem to view the electoral campaign with suspicion: three out of four voters (67.5%) fears politically motivated attacksaccording to a survey by the firm Datafolha.

But that is far from being the only concern of the population.

In fact, the greatest concerns of Brazilians go through economic issues such as unemployment or inflation, as well as health, according to different surveys.

This election will be the first in Brazil after the pandemic that hit the country hard and left over 685,000 deaths while Bolsonaro compared covid to a “little flu” and was skeptical about vaccines to combat it.

The Brazilian economy entered a recession in 2021 and, although it has returned to growth for almost a year and the unemployment rate fell to 9.1% in July, the improvement is far from being perceived by the general population.

15% of Brazilians (about 33 million people) go hungry and a similar number suffer from moderate food insecurity, according to a study released Wednesday by the Penssan network.

If we add to them the 28% of the population considered to be slightly food insecure, more than half of Brazilians suffer or are concerned to some extent by the problem: 125 million people.

Some recent news has caused chills.

Last month, an 11-year-old boy in the Belo Horizonte metropolitan region called a police hotline to report there was “nothing” to eat at home, after seeing his mother desperate for food for their children.

“The majority of the Brazilian population is in anguish,” says Chaia. “In Brazil, a total setback occurred: instead of going forward, Brazil went backwards.”

Many in the country yearn for the years from 2003 to 2010 when Lula governed amid an economic boom fueled by high commodity prices and millions of people rose to the middle class with government social programs.

Bolsonaro and his followers, on the other hand, remember the collapse of the Brazilian economy under the mandate of Lula’s successor, Dilma Rousseff, and the great corruption scandals that emerged in the PT governments.

Lula himself spent 19 months in prison for a corruption case, but the Brazilian Federal Supreme Court annulled his sentences in 2021 due to flaws in the process led by then-judge Sergio Moro, who later served as Bolsonaro’s minister.

The Bolsonaro government, which has also been marred by allegations of corruption, increased the Brazil Aid program of subsidies for the poor by 50% in August, to 600 reais (about $115) per person.

But nothing indicates for now that with this the president will eliminate Lula’s advantage in the polls, which show a stable race.

What makes this election more peculiar is the uncertainty about whether Bolsonaro would recognize a Lula victory.

Similar to what his “friend” Donald Trump did as president of the United States, Bolsonaro has sought to sow doubts about the reliability of the polls and, above all, of the voting system in his country, without presenting evidence for it.

He has also repeated, as Trump did, that he will accept the results of the elections “as long as they are clean.”

Many wonder if Bolsonaro is thus preparing to also act like Trump if he is defeated and denounce a fraud against him, trying to remain in power.

“Never before in the history of this country (…) have we discussed a re-election and also whether the result will be challenged or not,” Teixeira, a political scientist at the Getulio Vargas Foundation, tells BBC Mundo. “That is unprecedented in Brazilian democracy.”

The concern is such that last month a manifesto in defense of democracy and the electoral system of the country collected the signatures of more than a million Brazilians, from artists and athletes to intellectuals and former presidents.

Bolsonaro appears to have moderated his rhetoric in recent days.

Last week he declared that if he loses the election he will pass the presidential sash and retire from politics.

But some question whether this is just an effort by Bolsonaro to capture votes from the center.

Different analysts see a risk that, if the president denounces a fraud against him, his followers will attack the institutions as the Trumpists did last year in the Washington Capitol.

In Bolsonaro’s acts it is common to see posters calling for “military intervention” and last month the police searched the homes of businessmen who support the president for discussing on WhatsApp about the possibility of a coupalthough they deny having committed any crime.

The Armed Forces gained prominence in the government of Bolsonaro, a former Army captain who has expressed nostalgia for the military regime that ruled Brazil between 1964 and 1985 and has praised one of that regime’s torturers.

For these elections, the military raised questions to the electoral justice system about the electronic ballot boxes and they plan to monitor the count themselves, something also new in the country.

Teixeira rules out that the Brazilian Armed Forces as an institution have coup intentions.

But he warns that the doubts raised by the presidency itself about the outcome of the elections “leave everything in a state that contributes to instability.”

Previous How will FMF make up for El Tri’s lack of farewell play? -David Medrano
Next First preview of The Princess and the Queen, in The House of the Dragon