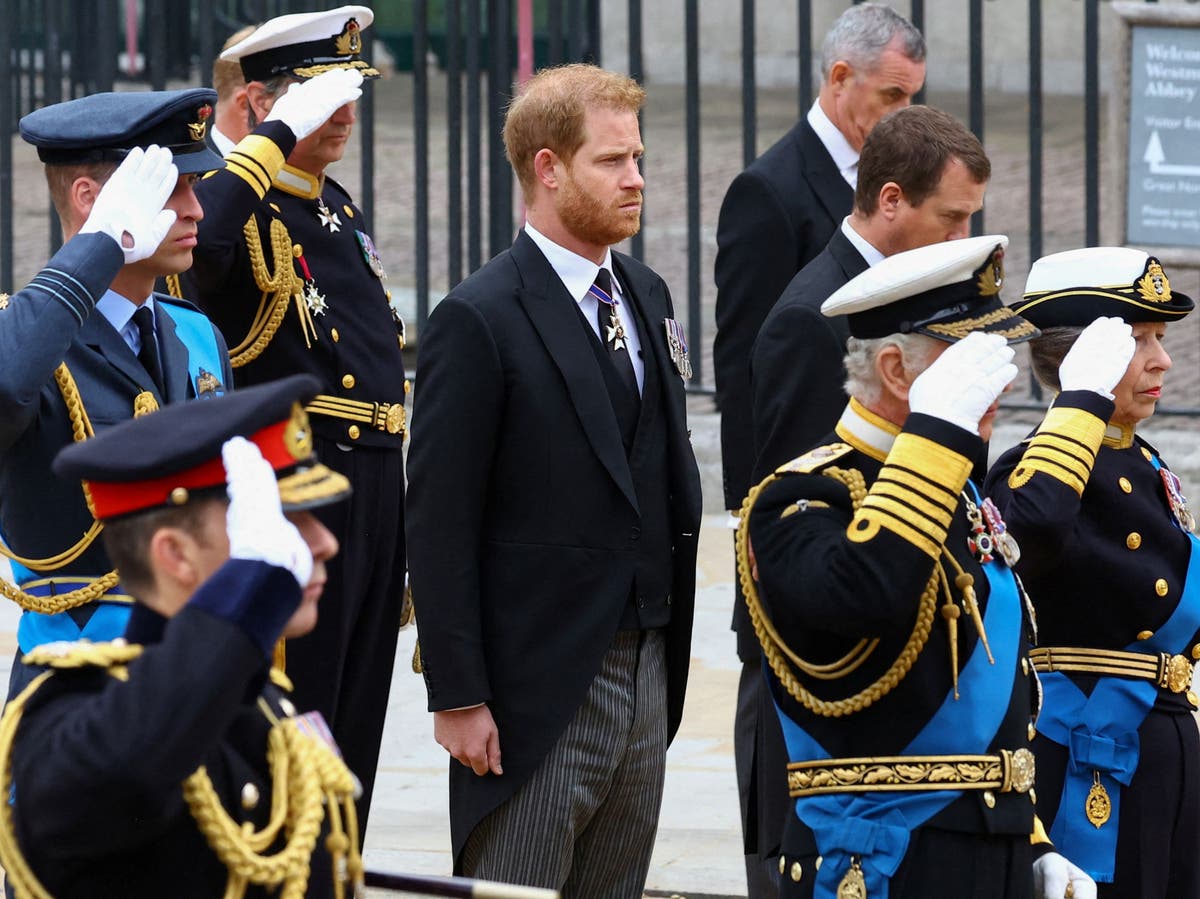 Why was Prince Harry denied the right to salute at the Queen’s funeral?

The Duke of Sussex was banned from giving the salute at the state funeral of his grandmother, Queen Elizabeth II, after he and his wife Meghan stepped down as senior members of the royal family in 2020.

During the funeral procession, Prince Harry was photographed with other members of his family who were dressed in military uniform.

As they saluted, Harry was seen bowing his head, arms at his sides.

Of the members of the royal family who walked behind the queen’s coffin, Harry spent the most time in the military and is also the patron of a charity that supports the rehabilitation of serving men and women, sick or ill. injured, through sport.

Harry served in the Army for 10 years, rising to the rank of Captain and twice serving in Afghanistan.

He was also stripped of his position as Captain General of the Royal Marines by the Queen, when he resigned his royal duties.

He was only allowed to wear a military uniform during a weekend wake in which he, his brother William, Prince of Wales, and their cousins ​​stood in front of the queen’s coffin during the memorial service.

However, he was reportedly upset to discover that Queen Elizabeth II’s initials “ER” had been removed from the shoulder of her uniform.

He donned his Blues and Royals uniform at the request of King Charles III for the first time since 2020 while laying vigil beside his grandmother’s coffin on Saturday night.

The duke’s uniform was missing the late monarch’s initials, which were on the shoulders of the uniform of his brother, the Prince of Wales, and also on the uniform of the disgraced Duke of York when he also wore a military uniform to be in the wake.

Prince Andrew was the only other member of the royal family to take part in the funeral procession and not wear a military uniform.

Andrew was stripped of his honorary military affiliations earlier this year by the Queen, due to his relationship with convicted sex offender Jeffrey Epstein. Andrew was later named as a defendant in a sexual assault civil lawsuit. He denied the allegations and settled the case out of court.

Previous Man shot to death; his aggressor is detained in hospital, in Xalapa
Next These hearing aids that sweep Amazon are half price