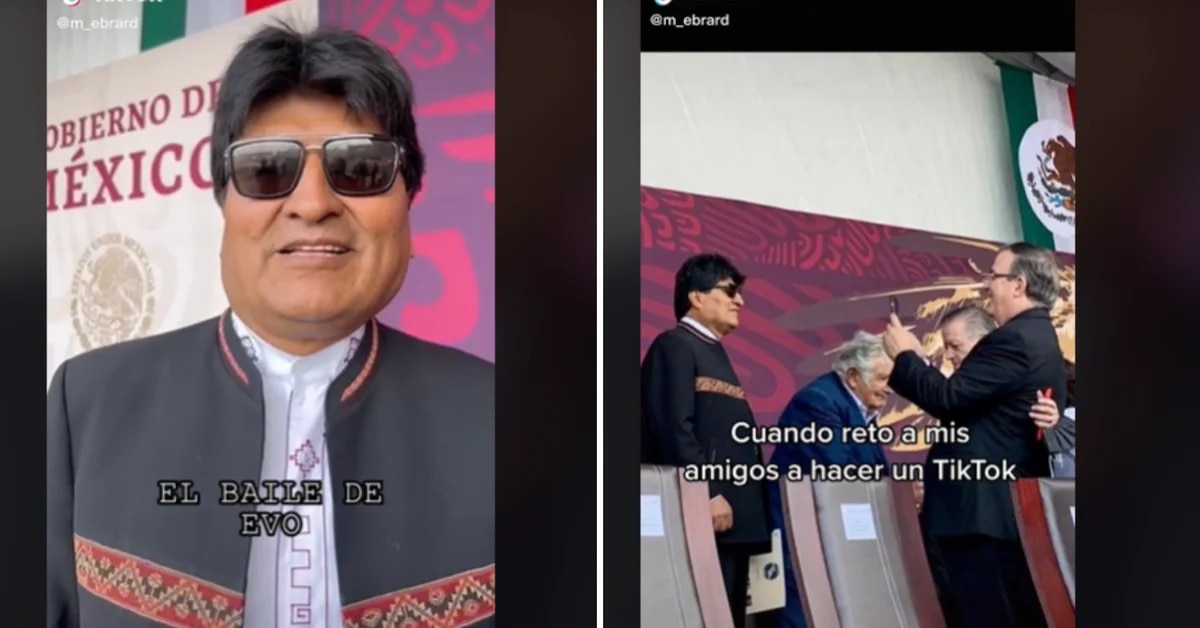 “What is that?!”: Marcelo Ebrad monopolized Tik Tok with the new dance steps of Evo Morales 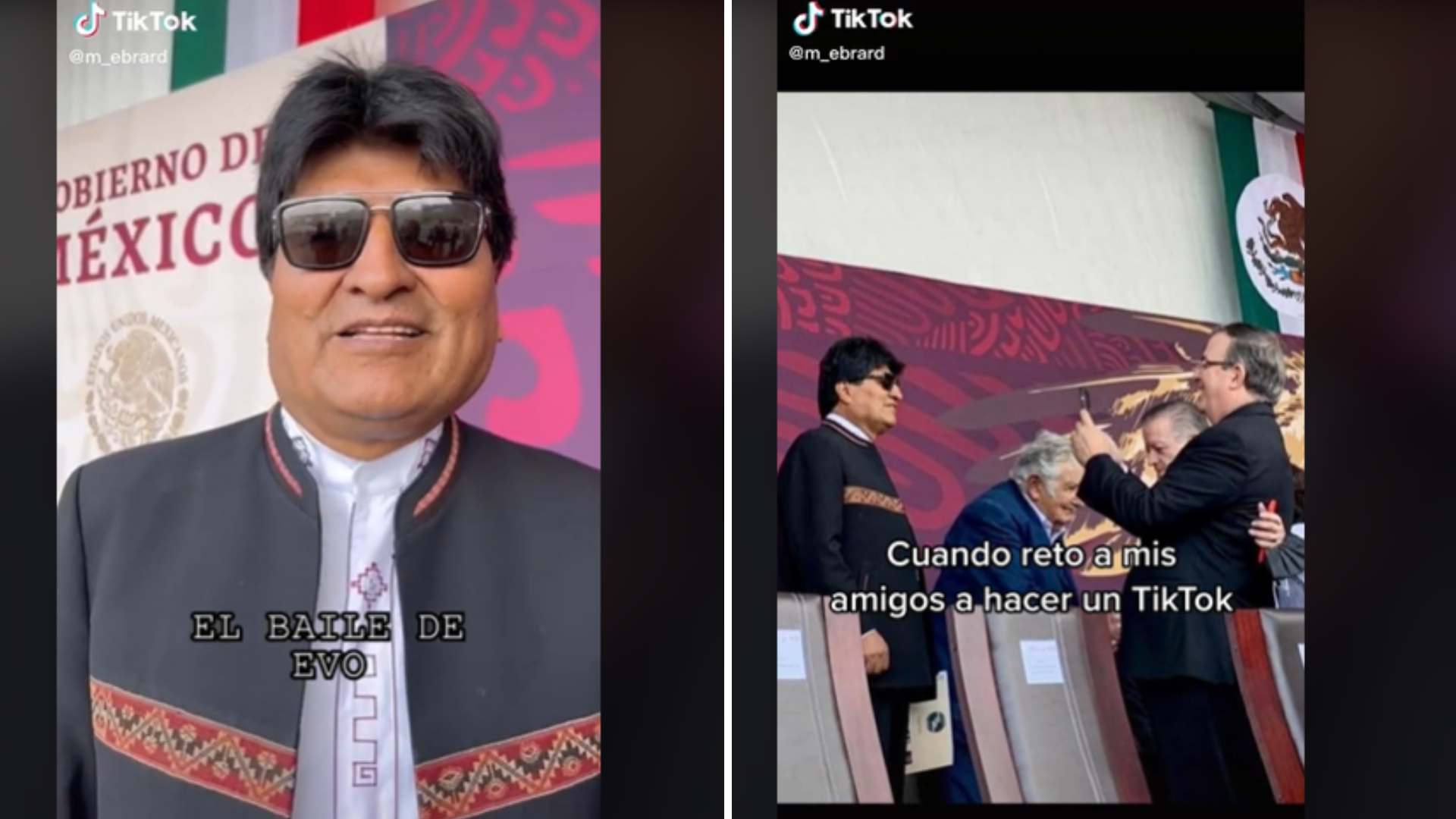 “When I challenge my friends to make a Tik Tok”, Thus begins the short video of just 15 seconds with which Marcelo Ebrad Casaubonthe owner of the Ministry of Foreign Affairs and possible corcholata for the presidential elections of 2024, returned to give what to talk about in networks.

And it is that the chancellor shared a video in which you can see the former president of Bolivia, Evo Morales, dancing to the rhythm of “Gentleman”a song by South Korean singer, rapper and songwriter PSY.

“My very dear friend Evo Morales showed me his new dance steps. I invite you to do his version of the #BaileDeEvo”, wrote the chancellor.

With dark glasses, and some movements of his head to the rhythm of the music, you can hear Evo Morales say “Come on my Foreign Minister”, while Ebrard Casaubón encourages the former president. Said material already accumulates more than 104 thousand likes and more than 2 thousand comments.

Among them, those who request a greeting from the secretary stand out, in addition to those who celebrate the “flow” of the Bolivian and many others who wink at the possible candidacy of Marcelo Ebrard in the 2024 elections:

“Evo taking out the forbidden ones”, “Greetings my future president”, “Camera, my future president already knows it, is he going to bring me the BTS until 2024, yes? Please commissioned uncle Marce” and “Marcelo soy tu fan” were some of the recurring ones.

However, not all were positive statements, some expressed their rejection of the content of the official, and others recalled some of the controversies that exist against him after his time as an official at the time Federal District, today Mexico City.

“I do not forget the charge for the second floor of the peripheral, or the cranes, or the 12th line of the subway, etc, etc,” one person in the publication felt.

It should be remembered that the presence of former president of Bolivia obeys the series of invitations sent by the president of Mexico, Andres Manuel Lopez Obrador (AMLO), to attend the celebration of the Independence of Mexico.

And it is that less than 10 days from “Cry of Independence”, the president advanced who could be the special guests who would attend the commemorative event. The list announced at the morning conference on September 7 included 11 guests, among them was Evo Morales, who by that date had already confirmed his attendance. 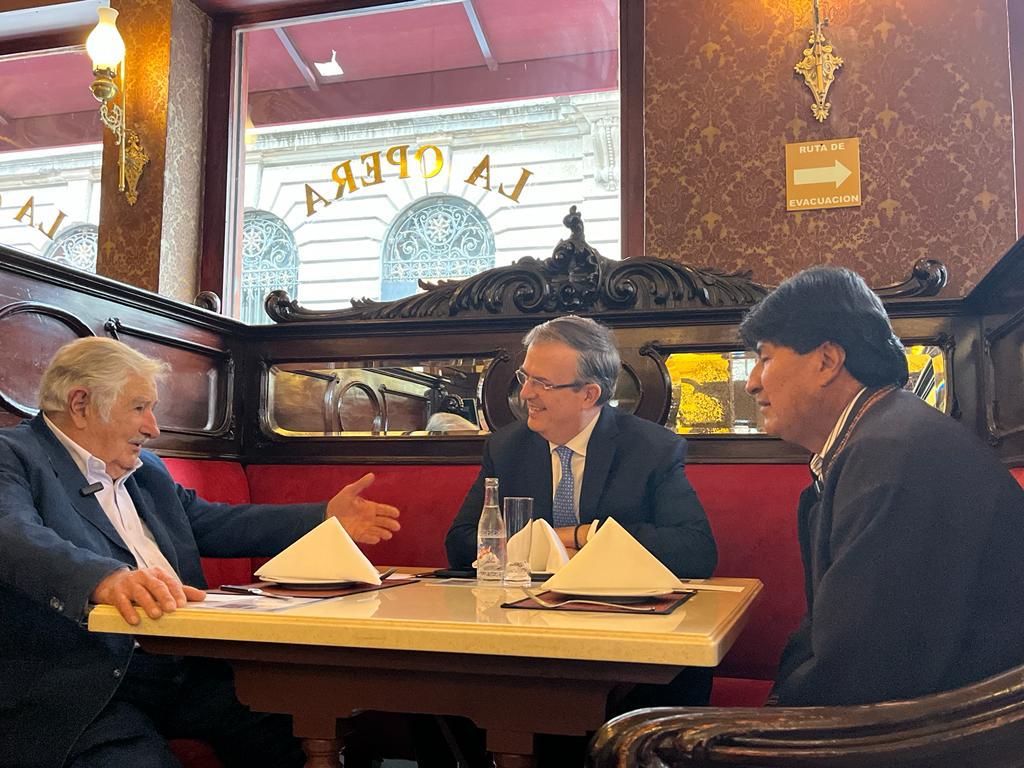 The three went to eat at the restaurant La Ópera (Photo: SRE)

Say the warmest welcome to Evo Morales and José Mújica, dear friends, fighters for justice and human dignity. They come to accompany the people of Mexico at the invitation of President López ObradorWelcome !!!”, the Mexican foreign minister wrote through his Twitter account, where he also attached a photograph.

In the photo shared on networks, both the foreign minister and the former presidents were eating at the restaurant The operaconsidered one of the oldest canteens in the Historic Center of Mexico City.

It should be added that the meeting was not well seen by various users who expressed their rejection. “Evo will be welcomed by you, don’t speak for everyone”, “Don Pepe is a separate topic, the other is a mockery”, “Of the three, the only respectable one is José Mujica, the other 2 have a record and are looking for them”, were some of the comments left on Ebrard’s publication.

It should be added that, after the invitation extended by the president of Mexico, the former Bolivian official expressed his gratitude for including him on the list.

“Thank you very much brother of the soul, López Obrador, for the invitation to celebrate the national holidays of Mexico in that country that saved our lives and served as a refuge from the persecution of a coup in 2019. The integration of Latin America is sustained by the solidarity of its peoples,” Evo Morales wrote on his official Twitter account.

Previous Violence in León: They leave a corpse lying on a street in Valle de Jerez
Next The day that Gerard Piqué made fun of Shakira for wanting to LOOK on social networks | VIDEO