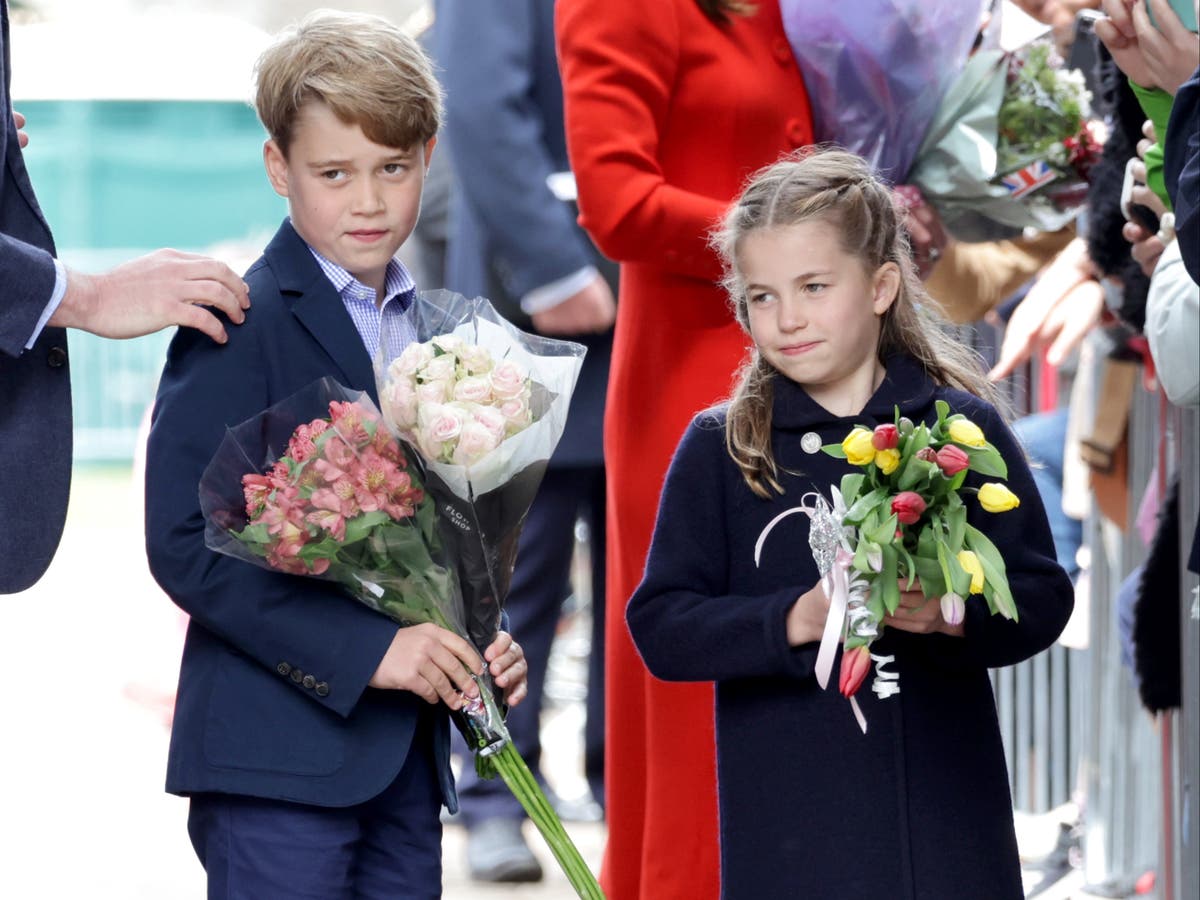 Prince George and Princess Charlotte will attend the state funeral of their grandmother, Queen Elizabeth II, it has been confirmed.

The order of service for Monday’s elaborate ceremony shows that nine-year-old George and his seven-year-old sister Charlotte will gather along with 2,000 others at Westminster Abbey to celebrate the life and reign of the late British monarch. , who died last Thursday at the age of 96.

However, 4-year-old Prince Louis, the youngest son of Prince William and Princess Kate, will not be in attendance.

There were doubts about whether the children would participate in the ceremony, due to their young age.

The brothers will walk through the Gothic church with the royal family, in procession behind Her Majesty’s coffin. Millions of people are expected to watch the ceremony on television around the world.

King Charles III and the Queen consort will go directly behind the coffin, flanked by the Princess Royal and Vice Admiral Sir Tim Laurence, followed by the Duke of York, the Earl and Countess of Wessex, and then the Prince and Princess of Wales. .

George and Charlotte, who affectionately called the queen “Gan Gan”, will walk behind their parents, followed by their uncles, the Duke and Duchess of Sussex and other members of the royal family.

The young prince, who is second in line to the throne, and his sister, who follows his brother in third place, are expected to attend the burial ceremony at St. George’s Chapel, Castle of Windsor, after the ceremony to be held in central London.

Towards the end of the ceremony, at approximately 11:55 a.m., the “Last Post” will sound, followed by two minutes of silence and the National Anthem, ending around 12 p.m.

Before the historic ceremony, the tenor bell will ring every minute for 96 minutes, corresponding to the number of years the Queen has lived.

In The Bidding, the Dean of Westminster, the Very Reverend Dr. David Hoyle, will say: “Here, where Queen Elizabeth was married and crowned, we gather from across the country, from the Commonwealth and from the nations of the world, to mourn our loss, to remember his long life of selfless service.”

He will then pay tribute to the late monarch’s “unwavering commitment to a high calling for so many years” as queen and head of the Commonwealth.

“We fondly remember her love for her family and her commitment to the causes she loved,” the dean will say.

Among the hymns chosen for the occasion, “The Lord’s My Shepherd, I’ll Not Want”, was sung at the Queen’s wedding to the Duke of Edinburgh, Prince Philip, in the same abbey, when she was 21 years old, in 1947.

The seminal hymn was also sung at the funeral of Queen Elizabeth’s father, George VI, at St George’s Chapel, Windsor Castle, in 1952, but with slightly different lyrics.

“The Day Thou Gavest,” “Lord, Is Ended,” and “Love Divine, All Loves Excelling” will also be sung by the 2,000-strong congregation.

The latter has often been sung at royal weddings, such as that of the Prince and Princess of Wales, the blessing of Charles and Camilla’s wedding, and that of Princess Eugenie.

The Right Reverend Doctor Iain Greenshields, Moderator of the General Assembly of the Church of Scotland, will pray for “the long life and reign of Queen Elizabeth, remembering with gratitude her gifts of wisdom, diligence and service”.

The Bishop of London, Dame Sarah Mullally, will pray for “our most gracious sovereign lord, King Charles, Camilla, the queen consort, William, Prince of Wales, and the entire royal family.”

The Rev. Canon Helen Cameron, moderator of the Free Churches Group, will praise the queen’s “unremitting devotion to duty, her compassion for her subjects and her advice to her ministers.”

Previous Councilor of Morena challenges the withdrawal of a medal from priest Aristeo Baca
Next VIDEO. Spanish youtubers went to the Zócalo to give the Cry of Independence and this happened