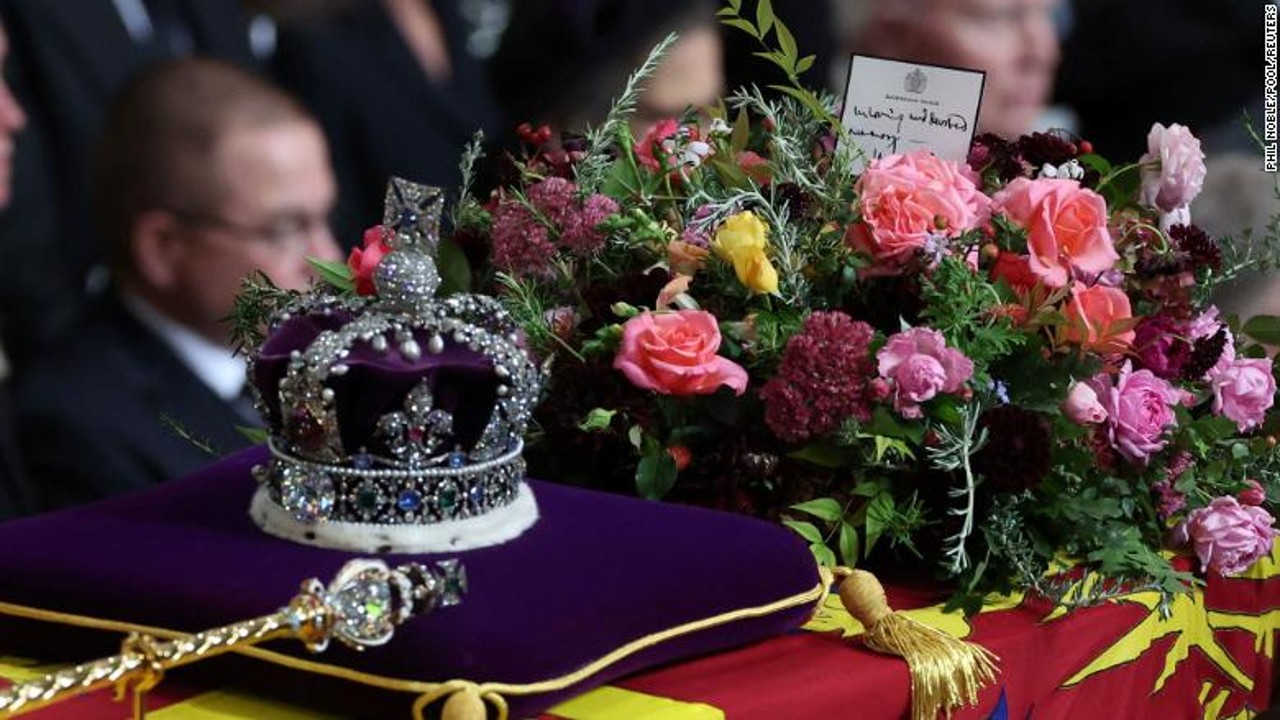 King Charles leaves a handwritten note on the queen’s coffin

Carlos III left a card on the coffin of Queen Elizabeth: what does it say? 0:19

(CNN) — The note on Queen Elizabeth II’s coffin during her funeral on Monday was a handwritten message from her son, King Charles III.

The message read: “In loving and devoted memory. Charles R.”

The “R” in King Charles’s title refers to “Rex,” which is Latin for king.

The service at Westminster Abbey, attended by around 2,000 guests, included readings from the Bible and traditional hymns, as well as a sermon by the Archbishop of Canterbury, Justin Welby.

King Charles III is one of the richest people in the world 2:32

King Charles was joined by his wife Camilla, the queen consort, her siblings, children and grandchildren as Britain bid farewell to the country’s longest-reigning monarch. The queen herself died on September 8 at the age of 96.

The coffin was covered with the Royal Standard and the Instruments of State, the Imperial State Crown and regalia, were placed on top along with a wreath.

Buckingham Palace said the wreath contained cut flowers and foliage from Buckingham Palace gardens, Clarence House and Highgrove House at the request of King Charles III. The flowers were on a nest of English moss and oak branches.

The foliage was selected for its symbolism: rosemary (for remembrance), myrtle (an ancient symbol of a happy marriage) and English oak (symbolic of the strength of love), the palace said. Myrtle was cut from a plant that grew from a sprig of myrtle that appeared in the queen’s wedding bouquet when she married Prince Philip in 1947.

Before the funeral, King Charles thanked the nation for the outpouring of support and warmth his family had received.

The new monarch said in an emotional statement that he and Camilla “were touched beyond measure by all those who took the trouble to come and pay their respects in the lifelong service of my dear mother, the late queen.”

Queen Elizabeth II will be laid to rest in St George’s Chapel at Windsor Castle, where her parents, her sister Princess Margaret, and her husband Prince Philip are also buried.

Previous Why did Canelo win on a night when he had everything to lose?
Next Paul Stanley reveals the last words his father said to him