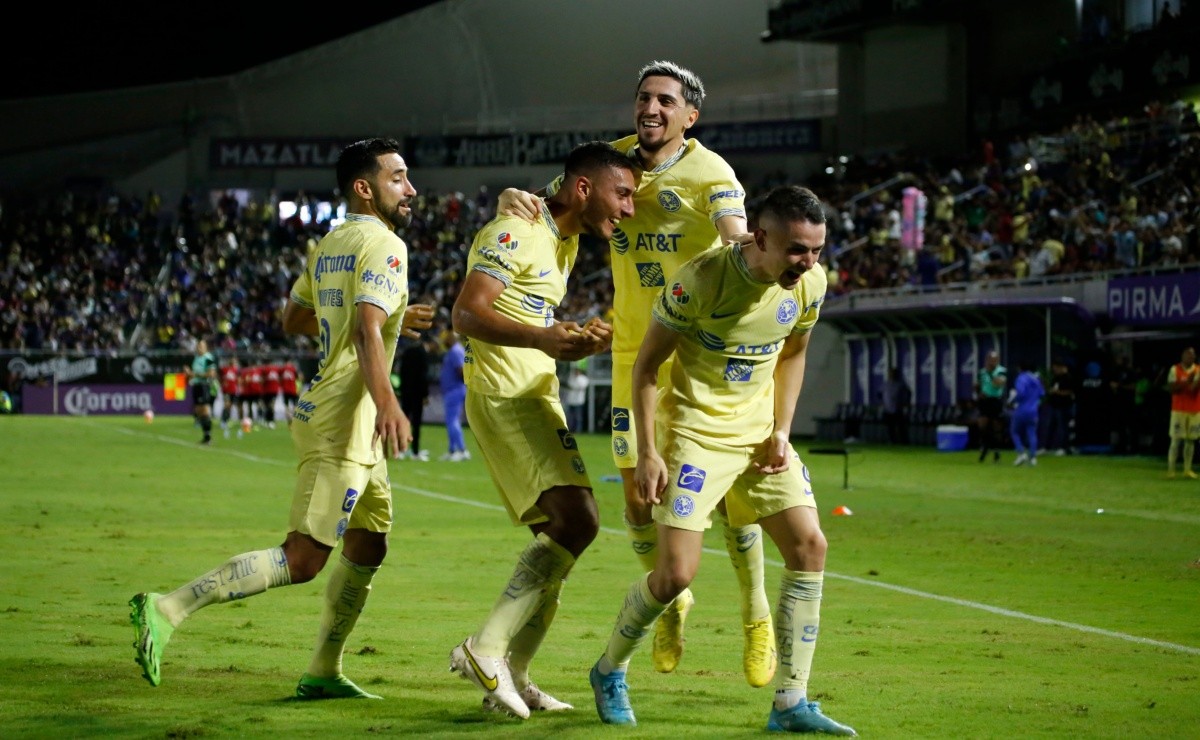 The victory of the Eagles against Chivas in the Apertura 2022 left great comments for a player on the squad.

America has left great sensations in the Opening Tournament 2022 and despite the fact that before Chivas He did not show his best version, he gave himself what was necessary to stay with the victory. And great merit of this triumph is due to the good work done in defense.

Everyone talks about the save by Guillermo Ochoa or the goals by Henry Martín and Alejandro Zendejas, but the one who got the applause from the fans was Sebastian Caceresafter having removed a ball from Alexis Vega in the small area of ​​the Eagles.

For many, this action counted as an avoided goal against, so the praise reached the point of comparing the young Uruguayan center-back as the new Diego Godingiven that he has played at least three games at a high level.

“It’s on an impressive level; the call to Uruguay was not a coincidence“; “It’s TOP, the guy was in all that a partner like Araujo did him good“; “The best defensive play in Sebastián Cáceres’ career“; “It’s a defensive goal“.

Sebastián Cáceres can go to the 2022 World Cup with Uruguay

Surprisingly, the central defender of América was the only Uruguayan who plays in Liga MX summoned by Diego Alonso’s National Team for the September FIFA Date, the last one prior to the World Cup in Qatar. If he manages to fill the eye of the coaching staff, Sebas can sneak into the final list.

Previous Eugenio Derbez reappears after his accident: “I couldn’t stand the pain”
Next VIDEO FILTERS who are the next ELIMINATED heading to the FINAL