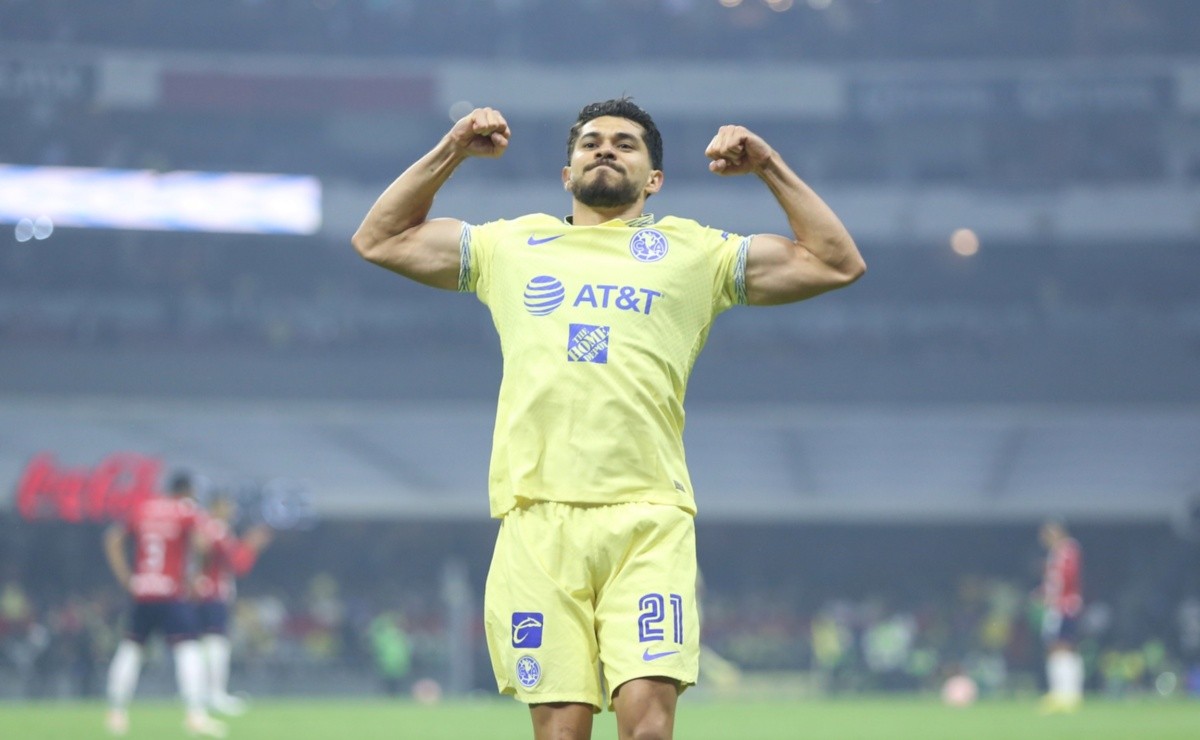 Henry Martín interrupts interview to show his love for America

After beating Chivas in the National Classic, the Mexican striker offered a quick interview that made the Águilas fall in love.

Henry Martin He is going through one of the best moments of his career. With America He has already achieved his best tournament in the Apertura 2022 and is going for more, since after beating Chivas in the National Classic the striker left a words that fell in love with the fans.

With his penalty goal against the Sacred Flock, the 29-year-old Yucatecan reached 10 touchdowns so far this season, equaling, for now, Nicolás Ibáñez at the top of the scoring table. He also assisted Alejandro Zendejas’ goal.

At the end of the engagement at the Azteca Stadium, Henry was interviewed by TUDN and it was there that he took the opportunity to show his love for the Eagles: “I’m just gonna say one thing, this is America.“said the Mexican attacker and later proceeded to kiss the shield.

His words were short but forceful, because they demonstrate the great level that the striker and the great living environment in the Coapa nest facing the Liguilla, where the obligation is to improve what has been done in previous tournaments and fight for the Liga MX title.

Henry’s celebration last Saturday went viral, because he did it to the purest Cuauhtemoc Blanco style, cream blue legend. After that, the now Governor of Morelos dedicated a few words to Henry full of pride.

Previous Who was the FIFTH ELIMINATED on Sunday, September 18?
Next Before the funeral, they reveal an unpublished photo of Queen Elizabeth II smiling