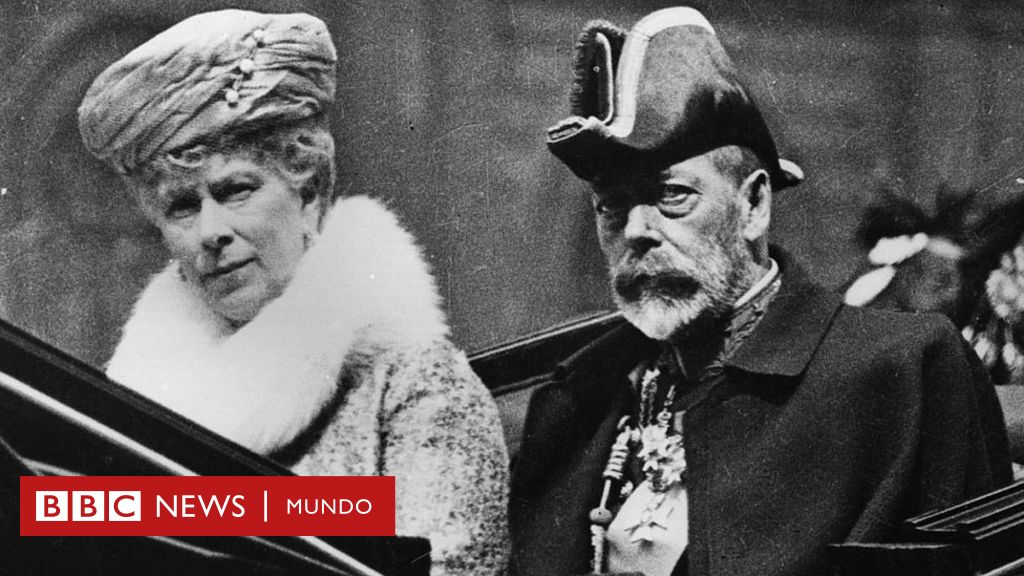 Funeral of Queen Elizabeth II: why the British royal family changed their last name to Windsor in 1917

There is a question that has arisen amid the news not only of the death of Queen Elizabeth II, but also of the rise to King of Carlos III: what is the surname of this family?

The answer is short: Windsor. Both Elizabeth II and Elizabeth’s father, George VI, have Windsor for a surname.

But it was not always like this. The surname of the family of the deceased sovereign and several of her predecessors had German origin, Saxe-Coburg-Gotha.

And the reason why that German surname had reached the British royal family must be sought in the marriage of Queen Victoria with Prince Albert, who descended from that European royal house.

Queen Victoria and the Prince Consort had nine children, including Edward VII, who succeeded her mother when she died in 1901 and was Elizabeth II’s great-grandfather.

However, despite the fact that Victoria was the sovereign of the United Kingdom, Edward VII belonged to the dynasty Saxe-Coburg-Gothahis father’s.

As several specialists point out – among them Richard Nelson, of the British newspaper The Guardian -, in the country they were looking for the reigning royal house to have an exclusively British name. However, the change did not occur.

Until George V came to the throne in 1910 and, four years later, saw the outbreak of World War I.

World War I pitted the United Kingdom and Germany, among other nations, in a conflict that stood out for its horror and high human cost.

In the UK, anti-German sentiment began to grow and the royal family Tomeither note.

Then an event occurred that would make the matter of the name take action: on July 7, 1917, a bombing of several buildings in East London caused the death of 55 people, who thought it was a “British military exercise” and they did not seek shelter in time.

According to historical testimonies, the bombing, which was executed by German planes known as Gotha, further increased anti-German sentiment. Thus, dozens of people took to the streets to protest.

It was then that the monarch – on the recommendation of the then prime minister – made the decision to change not only the name of his house, but also his surname, to a totally British one: Windsor, the same name of the castle that has served as the residence of the British monarchs for about a thousand years.

The place that, from this Monday, will be the last destination of Isabel II.

“At a meeting of the Privy Council on July 17, 1917, George V declared that ‘all descendants in the male line of Queen Victoria, who are subjects of these kingdoms, except female descendants who marry or have married, shall wear the name of Windsor'”, indicates the official website of the royal family.

At that moment the house of Windsor was founded. And it was from that year that the British monarchs began to use the name of their house as their surname.

Before 1917, monarchs and their descendants were known by the dynasty, royal house, or country they came from, but they didn’t exactly have a surname as such.

And despite this there would be another change.

After the death of Jorge V, Eduardo VIII ascended the throne, who in less than a year abdicated in favor of his younger brother, Jorge VI.

the new king kept the surname.

However, here another problem arose: when Elizabeth was still a princess and was expecting her first child, the future Charles III, it was anticipated that he would receive the surname Mountbatten, which is that of his father, Prince Philip.

But some British authorities also opposed the Germanic origins of the surname.

It is said that it was not easy for Felipe. The then-prince consort, who died in 2021 at the age of 99, noted at the time that he was “the only man in the country who couldn’t give his children their last name.”

However, in 1960, with Elizabeth already on the throne, the royal house issued a provision regarding the surname of the queen’s descendants: when the use of a surname was necessary—such as on a civil record or legal document—they would bear the surname “Mountbatten-Windsor”.

The surname Mountbatten-Windsor first appeared in an official document on November 14, 1973, in the Westminster Abbey marriage register for the marriage of Princess Anne, daughter of Elizabeth II, and Captain Mark Phillips.

Previous They lose even the category – Carlos Ponce de Leon
Next Ricky Martin’s true face is revealed. His nephew takes out the claws and the evidence