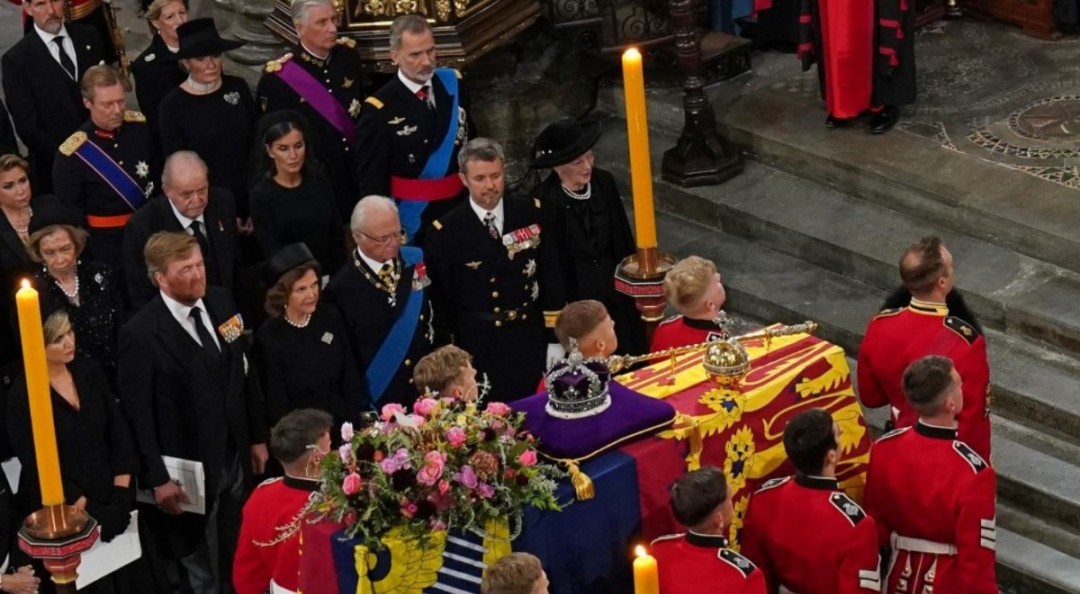 Felipe VI of Spain, Juan Carlos I, Letizia and Sofíatheir wives, shared a place in the westminster abbey during the funeral of the Queen isabel IIan image that had not been seen for more than two years, when the monarch emeritus went into exile in Abu Dhabi.

In the sector of the abbey reserved for royal families during the state funeral, near the coffin of the monarch, they were, in this order, from right to left, Felipe VI, Queen Letizia, and the emeritus Juan Carlos and Sofía.

We recommend you: Funeral of Elizabeth II live: Latest news of the farewell to the queen

Philip VI dressed in his full military uniform, Juan Carlos wore a black suit, white shirt and a black tie, while his wives were completely in black, with a hat and, in the case of Sofía, a veil.

The royal family of Spain was not together since 2020

The image of the four together had not been seen since January 2020, at the funeral of a sister of Juan Carlos and the king’s aunt.

A few months later, the former head of state went into voluntary exile in the United Arab Emirates in mid-2020, stalked by suspicions of corruption due to the opaque origin of his fortune, leading to a very obvious public estrangement from his son.

The two couples arrived separately at Westminster Abbey, as happened the day before at the reception offered by the new British King Charles III. In both cases, Juan Carlos, 84, who has undergone knee and hip surgery in recent years, moved with difficulty.

Juan Carlos, who abdicated in 2014 in favor of his son, was invited by the British government, and the Spanish government insisted that the representative of Spain at the funeral was Felipe VI.

“The head of state is clearly King Felipe VI, he is the one I accompany at the funeral of Queen Elizabeth II,” Spanish Foreign Minister José Manuel Albares explained this Tuesday morning in London.

“The king emeritus is in London responding to an invitation in a personal capacity, so I think the roles are clearly defined,” he added.

Juan Carlos I and Isabel II were distant cousins ​​-Queen Victoria was both great-great-grandmother-, and Felipe VI treated the monarch as “Aunt Lilibeth” whose funerals gather dozens of world dignitaries in London.