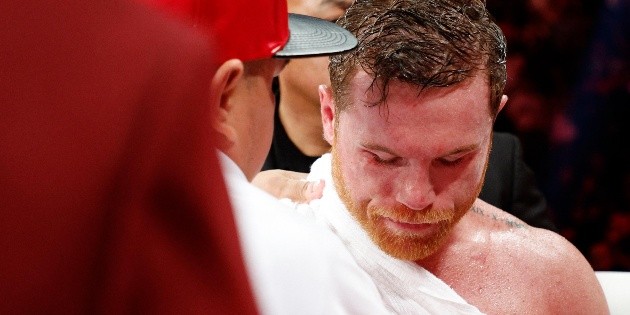 Canelo Álvarez: He will lose a “money” due to his injury


A fortune! submit to surgery on the left hand to perform a meniscus repair could cost a few million dollars Saul “Canelo” Alvarezwho is still unclear when he will return to the ring.

After defeating the Kazakh Gennady Golovkin To retain the four super middleweight belts, the boxer from Guadalajara revealed that he needs to undergo surgery on his left hand, because “I can’t even hold a glass.”

It is a problem in the meniscus that presented to him since defeating Caleb Plant in November 2021when he was proclaimed undisputed monarch of the super middleweights, by stripping him of the scepter of the International Boxing Federation (IBF), the last one he was missing.

The problem is that this makes it difficult, from the outset, for him to fight in May 2023, so he would not have the opportunity to win a good amount of money.

It is clear that 2022 is over for “Canelo”, but It is very likely that he will only hold a fight next year, on the weekend of September 16, since it seems complicated to do it in May.

That is why the man from Guadalajara could lose almost 50 million dollars, which is the amount that is usually guaranteed in each of his fights.

It is true that the contract he had with the company Matchroom has ended, but that is the figure that “Canelo” usually asks for to reach an agreement.

Previous so you can pimp the thumbs up emoji
Next Repression in Iran: at least four dead and 75 injured in the riots over the death of Mahsa Amini