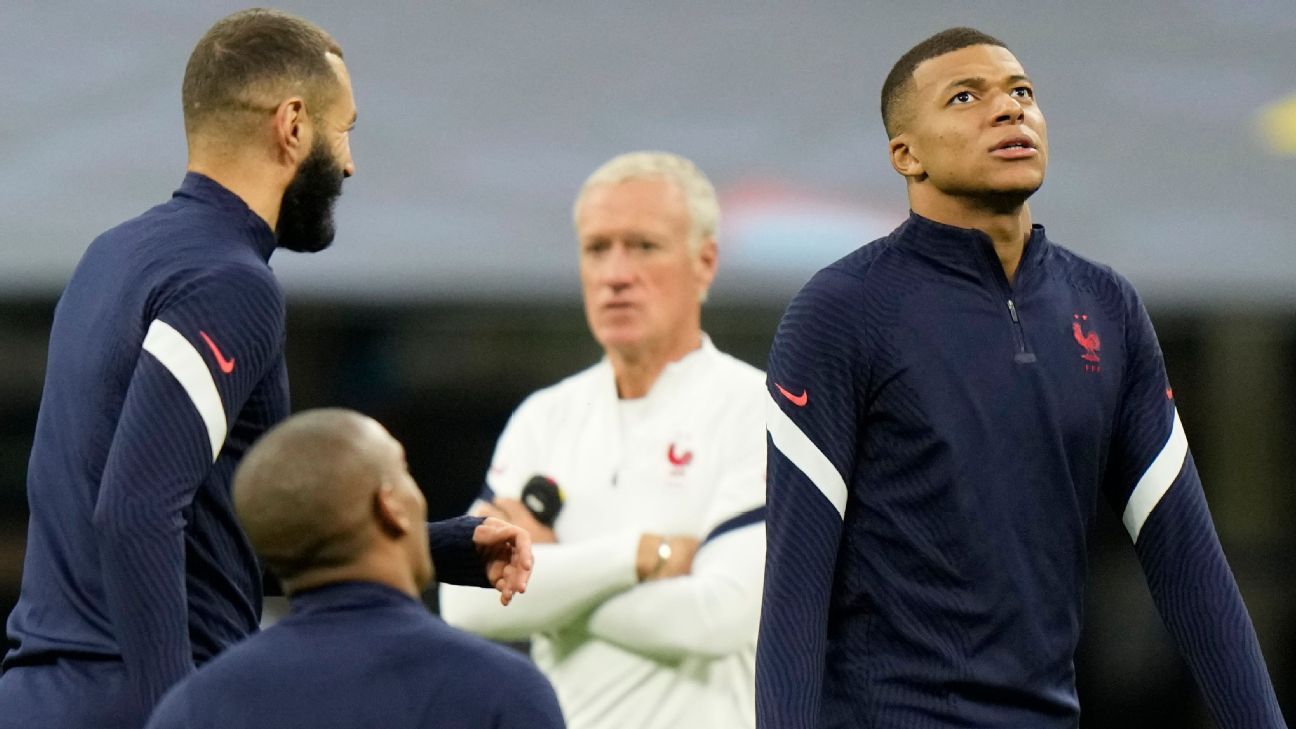 Blackmail, sexist messages and Mbappé refuses to participate in a photo session

If the case of blackmailing Paul Pogba and the government inspection of the French Football Federation (FFF) were not enough, Kylian Mbappé has further clouded the atmosphere surrounding the national team by refusing to participate tomorrow in a photo session in disagreement with image rights.

Three days after the world champion jumps onto the pitch to face Austria in the League of Nations, in France much more is being said about what happens outside than on the pitch.

On Friday was the inspection that the French Government announced in the FFF for alleged sexist messages sent by its president; on Saturday the provisional prison of Mathias Pogba, accused of participating in an extortion of his own brother Paul; and this Monday Mbappé.

The Bondy player announced, a day in advance, that he will be absent from a photo session scheduled for this Tuesday and organized by the FFF and its sponsors.

The reason? The same one that she wielded last March, when she cast the first pulse. She disagrees with what certain brands stand for, like gambling or fast food.

Extremely careful with his image and aware that his presence in the national team is a commercial magnet, Mbappé considers the agreement he signed in 2017 with the FFF on image rights to be obsolete.

Like the other absolute internationals, the PSG striker signed a document by which each footballer receives 25,000 euros per game with the ‘Bleus’. In exchange, the FFF can sell his likeness to sponsors.

But advised by his lawyer, Delphine Verheyden, and his mother and representative, Fayza Lamari, the player believes that this 2017 contract is a dead letter, since, since then, the use of image rights in sport has evolved.

In the statement he sent to announce his controversial decision, Mbappé “deeply” regretted not having reached a new agreement that he has been seeking for a long time.

Despite this discrepancy, the striker wanted to clarify that his commitment to the national team is “total”.

“This obviously does not call into question the total commitment and determination of the player for the collective success of the national team and for the important sporting events that are coming up,” he said, referring to the World Cup in Qatar that begins in less than two months.

Mbappé’s idea is that the choice of sponsorships by the FFF also goes through his screening.

The FFF has not yet reacted officially, although its president, Noel Le Graet, has already made it clear that there would be no change before the start of the Qatari tournament.

This new setback may aggravate the delicate situation of Le Graet, the target of controversy since So Foot magazine published a report denouncing the toxic environment in the FFF that he has directed for a decade.

Among examples of reprehensible behavior, the magazine highlighted messages of a sexual nature that Le Graet, 80, would have sent to three subordinates.

The Federation filed a defamation complaint against the publication, but the French government was left with the fly behind its ear.

After meeting with the leadership of the FFF, the Minister of Sports, Amélie Oudéa-Castéra, ordered an inspection last Friday to ensure that “absolute respect” reigns in the FFF for all employees.

Meanwhile, the French team works to abstract from so much noise. There are less than 60 days to go before he defends his crown in Qatar, and, as coach Didier Deschamps himself acknowledged, the atmosphere is “not the best” it has ever been.