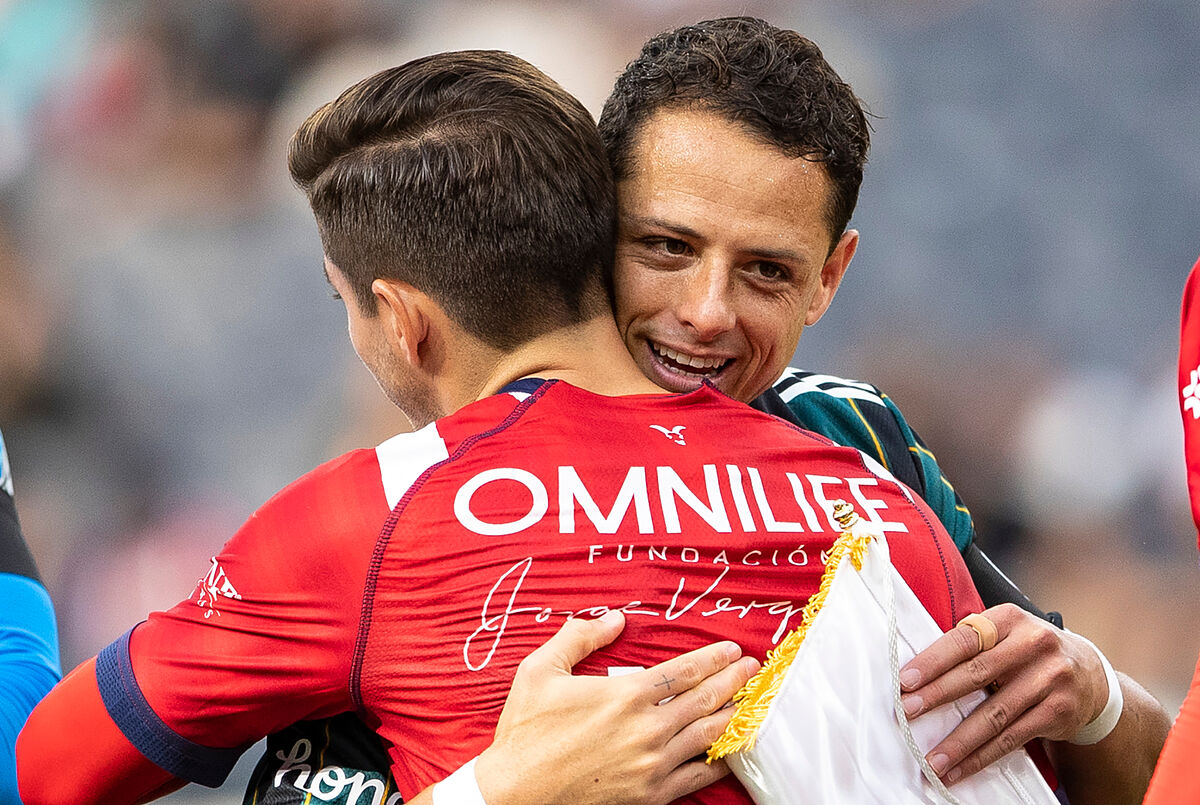 Will Chicharito return to Chivas? This was answered by the Galaxy striker

ANDthe reunion of Javier ‘Chicharito’ Hernandez with Chivas for the party of Leagues Cup Showcase without a doubt caused a lot of expectation and after the meeting, The Galaxy attacker was questioned about his future and a possible return to the Flock, a situation that the Mexican did not rule out.

“I am grateful to the LA Galaxy and how the League sees me. I gave everything in that institution. We’ll see in the future, I don’t know what will happen next year.

“I don’t know if they will renew me. I love Chivas and I will always love him until I leave this world. Yes there will be a second stage I hope it will be the best and if there isn’t, I hope that people keep the best of the first one,” said the Mexican striker at a press conference.

Likewise, Chicharito considered that Chivas does not need it and stressed that he would like to see the rojiblanco team champion every semester without the need for speculation about his return for that to happen.

“I don’t feel that Chivas needs me, it’s that it’s not about taste or not, for that I would love to see them champions every year and that they don’t need me at that time because I feel they need me. I would love to see Chivas champion every six months and that Chicharito was not mentioned to see if he returns or not, “ he added.

Chicharito and the Galaxy beat Chivas 2-0 at the SoFi Stadium thus extending the Flock’s streak without victory in recent weeks, since in the Liga MX they have not been able to add three points.

Previous Jennete McCurdy reveals that she rejected Nickelodeon’s financial offer in exchange for silencing abuse
Next Who is Brittney Griner, the American basketball star who was sentenced to 9 years in prison in Russia