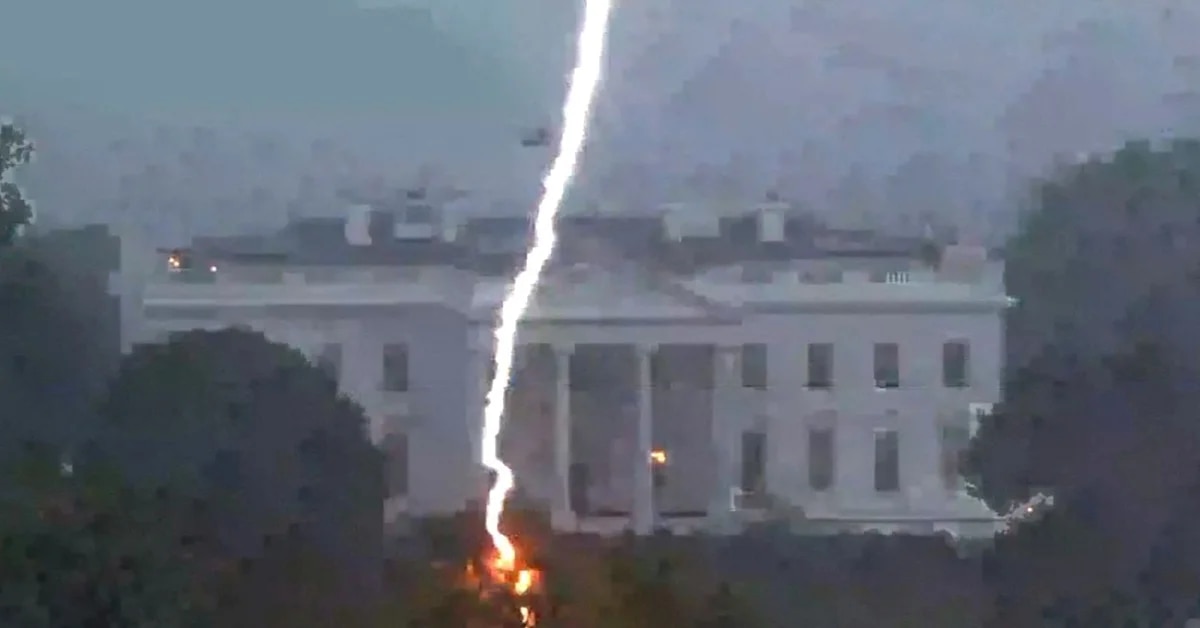 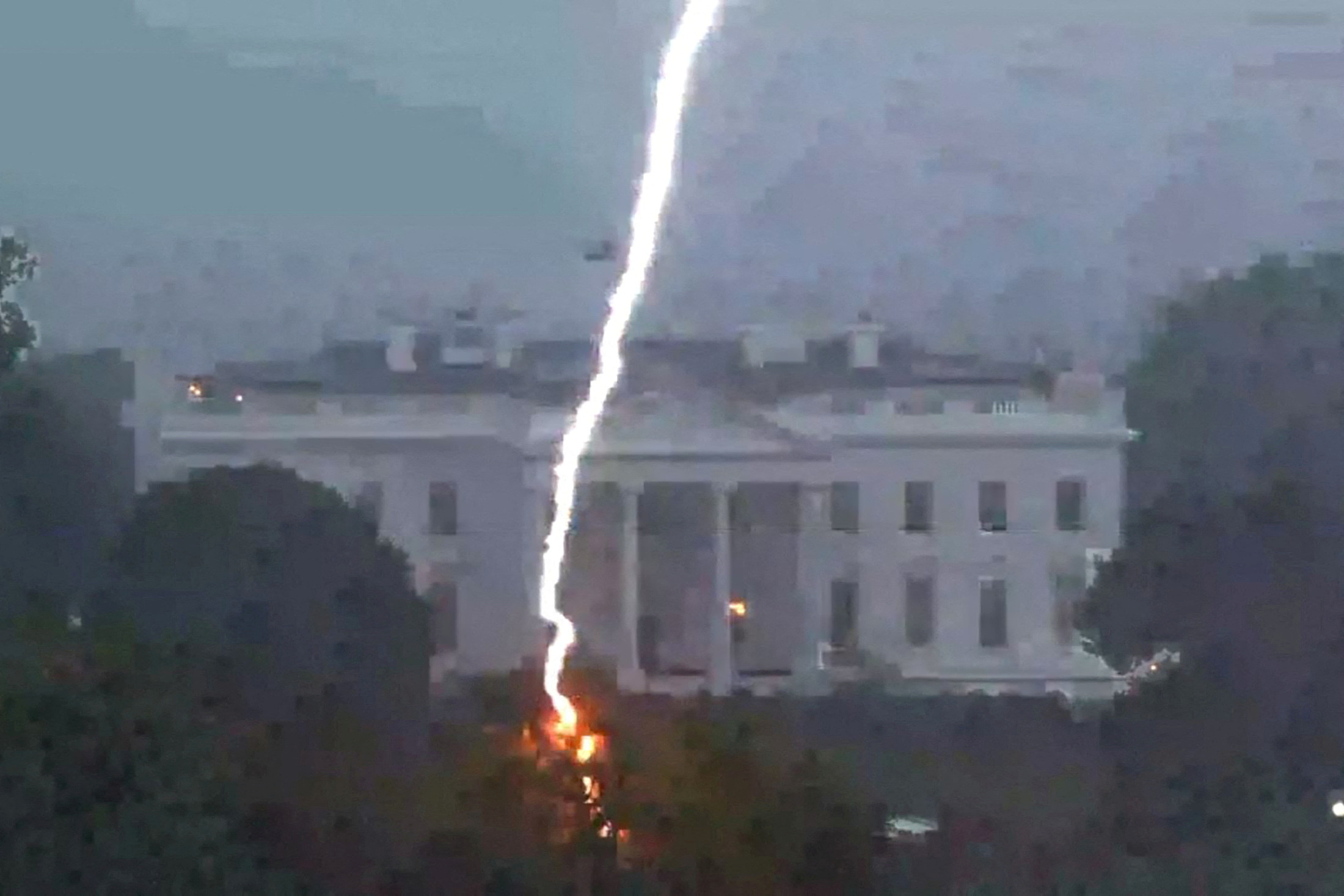 Three of the people who were affected by lightning died in a park in front of the White HouseThursday night in washingtonas confirmed to the AFP on Friday police sources.

The fourth person who was injured is in serious health condition.

The lightning struck near the small square of Lafayette, located across the street from the White House, striking an elderly couple identified as James Mueller76 years old, and Donna Mueller75, the authorities specified.

Hailing from Janesville, Wisconsin, They were in Washington to celebrate their 56th wedding anniversary.declared his niece Michelle McNett to the diary Milwaukee Journal Sentinel.

A 29-year-old man also died.police confirmed on Friday afternoon, while a fourth person is “in critical condition.”

The White House spokeswoman, Karine Jean-Pierre, said the presidency was “grieved by the tragic loss” and sent condolences to the relatives of the deceased in a statement on Friday, as well as “his prayers for those who are fighting for their lives.”

The lightning struck on Thursday minutes before 7:00 p.m. local time. Apparently the victims had sought shelter from the storm under one of the trees in the park.

Images released by the fire department show a large number of ambulances in the square, while the storm continued to hit Washington.

The four people were found in a wooded area near the famous equestrian statue of former US President Andrew Jackson and before the arrival of the emergency services they received the assistance of the Park Police and the Secret Service, in charge of protecting the presidential residence.

LIGHTNING ON THE ROAD

Curiosity about recording a thunderstorm while on a road trip in Tampa Bay prompted Michaelle May Whalen to pull out her phone and start filming.

Ahead of the woman and her daughter were her husband and three other children in a newly purchased van. They were all on their way home to Indiana when the unexpected happened.: Lightning struck the vehicle in which the men of the family were traveling.

Lightning struck a truck in Florida

The event was captured on video that had started recording just seconds before.

The footage shows how lightning struck the truck and appears to go through it causing fire, sparks and smoke that quickly dissipated while the vehicles continue to drive briefly. Both stopped to learn about the consequences of the event.

As reported by the network foxnews, both Whalen’s husband and their children were well despite the chilling image of lightning striking the truck, which was affected.

The probability of being struck by lightning is one in a million, according to US authorities, and according to the weather service, some 27 people died per year in the United States from this type of event in the last decade.

(With information from AFP)

More than 1,100 flights canceled in the US due to the electrical storms that hit the East Coast
McDonald’s Employee Shot Over Cold French Fries Has Died
Four people were injured by lightning that struck a few meters from the White House

Previous Yon de Luisa explained how the investigation went to Maribel Domínguez; received complaints by three means
Next Lis Vega shows off her curves with a spicy swimsuit session