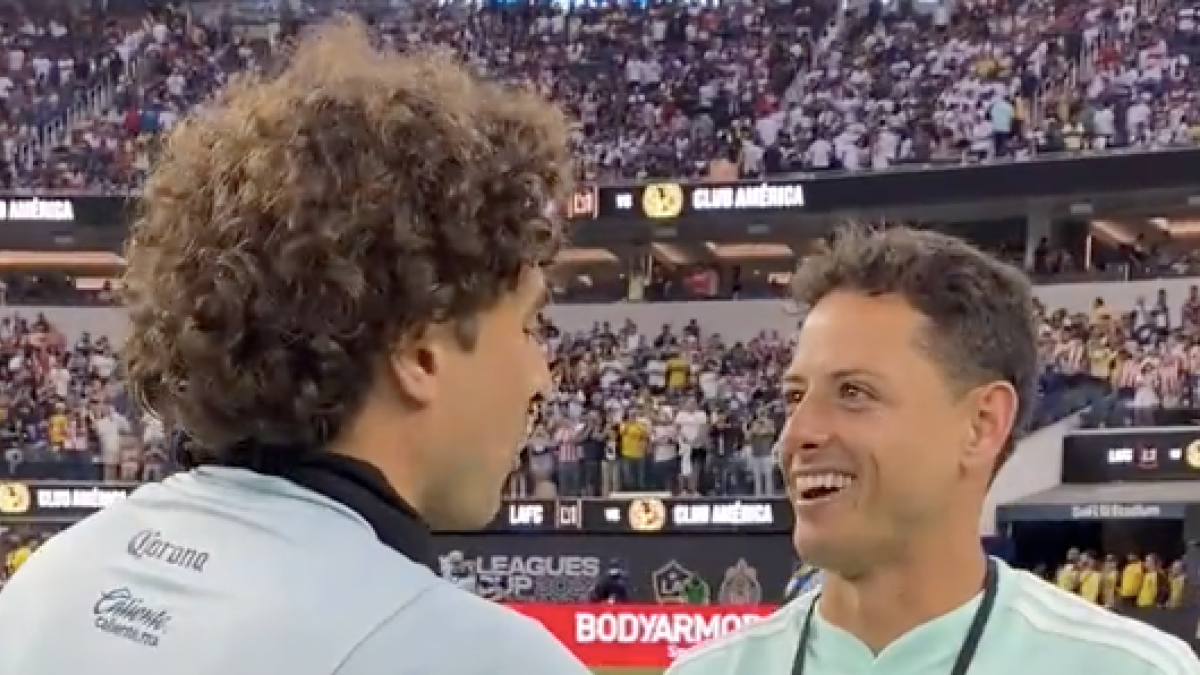 A few months ago a rumor circulated that Javier “Chicharito” Hernandez Y Memo Ochoa They did not have a good relationship, which was even part of the reason for the absence of the scorer in the Mexican National Team.

However, it seems that said news was not true or in any case the differences between the two were left behind, because a video went viral on social networks in which the goalkeeper of the America and the attacker LA Galaxy they give each other a warm hug.

The reunion between Ochoa and Hernández took place last Wednesday prior to the two Leagues Cup Showcase matches at the SoFi Stadium, where Chivas faced the LA Galaxy, while America faced the LAFC.

“Paco Memo, how are you, dude? How’s the family, okay? The kids? Are you going to play? No? Calm down. I’ll see you right now in there, okay?” Chicharito told him. to the goalkeeper of the Mexican National Team.

Javier Hernández is not called by the strategist Gerardo Martino since September 2019when the Mexican National Team toured the American Union in which they faced the United States and Argentina in friendly matches.

One of Chivas’ wishes in recent years is for Javier “Chicharito” Hernández to once again dress as an rojiblanco and at the end of the duel between the LA Galaxy and the Herdgave a few words that excite all the fans.

The Mexican striker acknowledged that Chivas will always be his first love and that he is very fond of him, but he does not know if he will play again in the Herd at some point in his career.

“There are no words to describe it, many people may have their opinions, whether I will return or not return, I will finish my career there or I will have a second stage in that club (Chivas). Beyond that, it is the club of my loves. It’s like every club I’ve been to and I fall in love with them, but there’s always a first love and that’s Chivas“commented the 34-year-old striker.