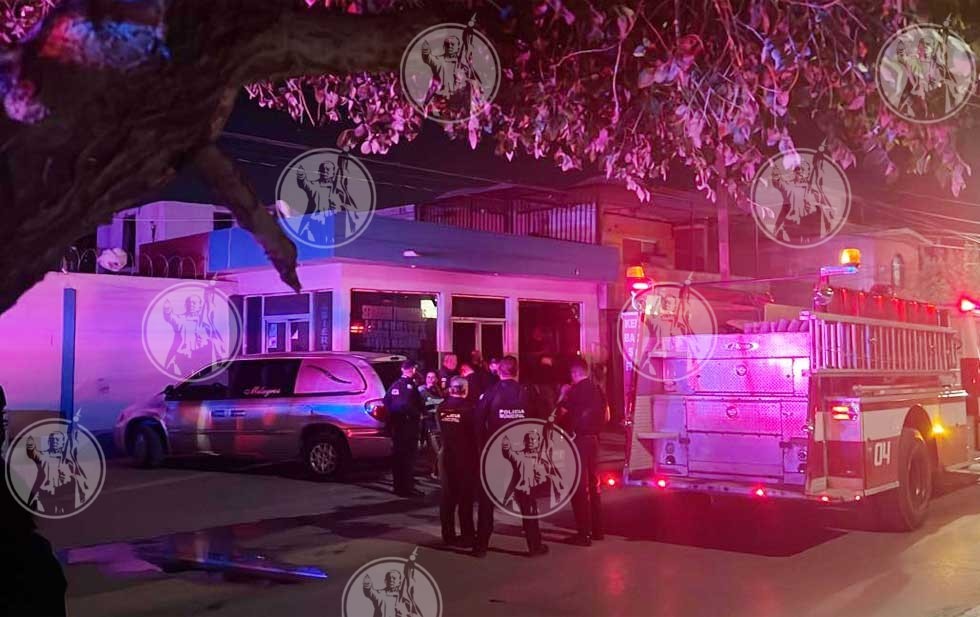 They burn down another funeral home; responsible ran to witness

Juarez City- A fourth funeral home was set on fire in the first minutes of this Saturday.

The affected company is the Milagros funeral home, located on Mesa Central and María Teresa Rojas streets in the Olivia Espinoza Bermúdez neighborhood, south of the city, reported Marcelo Ruiz Cantú, president of the Union of Funeral Homes.

“The situation is complicated from the security point of view, it is already an attack directed outside the range, outside the area of ​​the other funeral homes and we are in those conditions,” he said.

The report of the Secretary of Public Security indicates that at approximately 59 minutes of this day, a woman heard a glass break and approached the front of the establishment observing the fire of the commercial premises.

The witness said that there were four men she saw inside the funeral home, all wearing dark clothing, and one of them was carrying a firearm.

The aggressors ran the woman without hurting her and she ran to ask the neighbors for help and call 911, she made herself known.

Unit 04 of the Fire Department arrived at the scene, as well as municipal agents as first responders and investigators from the North Zone District Attorney’s Office attached to the Special Damage and Injury Investigation Unit.

The preventives reported that a few meters from the business, which suffered partial damage, a plastic container with diesel was secured.

The fourth attack against a funeral company occurs in a span of 20 days; Due to the first three events, the Union of Funeral Homes held interviews with the heads of the State and Municipal Police and the State Attorney General’s Office and the three promised to reinforce preventive security outside these businesses and investigate the events.

The attacks against the companies in this turn left a balance of three people murdered, José Arriaga, his wife Gloria Sánchez and his daughter Marianita, just 9 years old, who died in the registered attack against Funerarias Del Carmen, located in the Guadalajara neighborhood.

The journalistic archive reports that the first intentional fire occurred on July 17 against the Los Angeles funeral home, on the 18th against Del Carmen, both located on the Carlos Amaya perimeter, and on the 28th the third attack occurred against branch 3 of the Del Carmen funeral home. Carmen.

Previous The 3rd player to leave before the World Cup says no to Martino and El Tri
Next The film considered a jewel in the history of cinema is on Netflix; You must see it at least once: Trailer