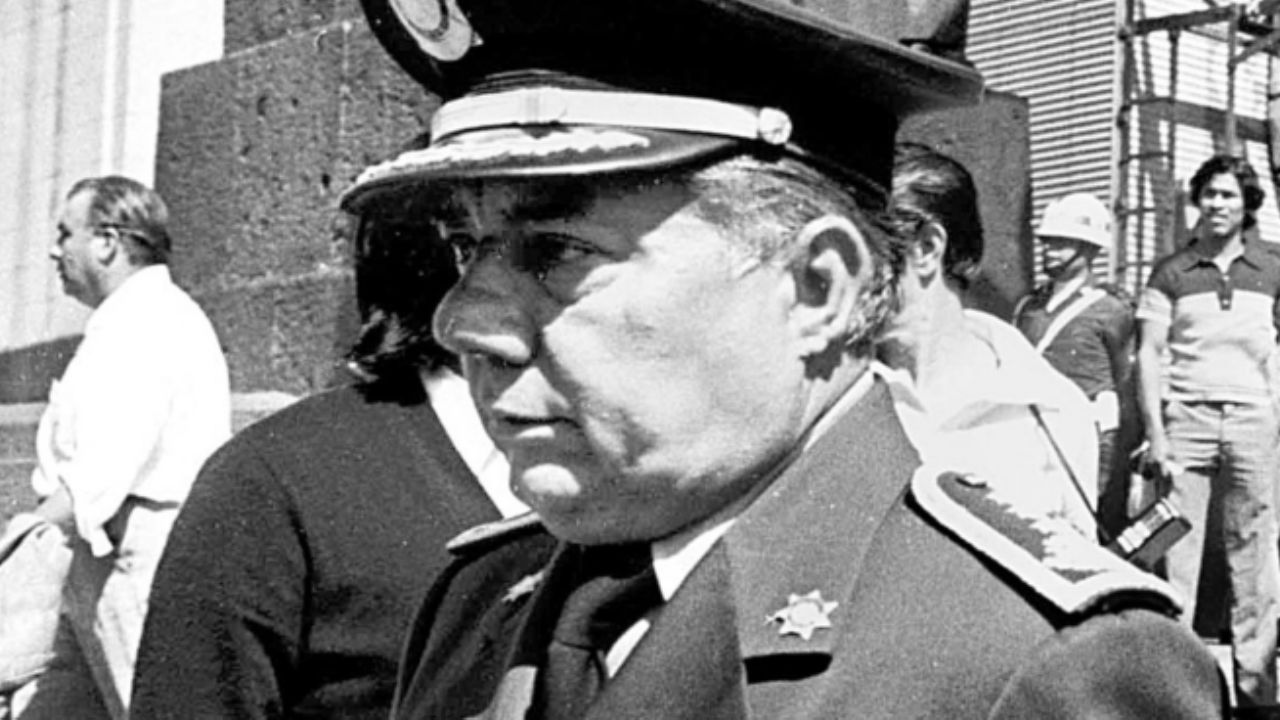 “Me I am not lazy, nor am I vicious. I am a good man.” This is how he described himself Arturo Durazo Morenobetter known as “The Black” Durazoformer head of the Federal Security Directorate of what is now Mexico City, who turned out to be one of the most corrupt and violent politicians in the history of Mexico.

On his back they versed accusations of all kinds, from extortion and corruptioneven the tortures that he himself presumed on great politicians such as Fidel Castro and the alleged relationship with the father of Luis Miguel. All this while maintaining a well-known complicity with former Mexican presidents of the stature of Luis Echeverría and José López Portillo.

In that iconic interview with journalist Pérez Verduzco in 1982, “El Negro” Durazo assured that his ostentatious mansion in Zihuatanejobaptized as “El Patenón”, it was the product of his honest labor. “When I stopped working in the federal security, and I went to Chihuahua to work with General Guerrero,” he assured. “I joined a very strong trailer and livestock company. They liquidated me with two Kingdom trailer trailers and of those later I made 14 Kingdom trailers”, he justified.

Despite his constant intentions to present himself as a “good man who showed what he had”, some time later, the Police Bureau of Investigation (FBI, for its acronym in English) carried out a deployment at the Isla Verde International Airport in Puerto Rico for arrest you for crimes such as stockpiling weapons, fraud, tax evasion, and smugglingaccording to the International Criminal Police Organization (Interpol) itself, on June 29, 1984.

Although it was already public knowledge that the Mexican owned luxurious mansions, once he was arrested he was accused of having 20 high-value real estate in Mexico, the United States and Canadaamong which was “El Partenón” and the hotel “La Posada del Sol”, a place where people were tortured and noisy parties were held for exclusive circles of society.

“El Partenón” is a huge building in Zihuatanejo, Guerrero, where Durazo Moreno was in charge of building a mansion of about 20,000 square meters. Life & Style detailed that the place has 42 columns, a rocky path and an “imposing fence” of 10 meters that accompanies a watchful sculpture.

Advancing inside the house you can see the Coptic Greek style in every corner, from the large open-air pool, to the huge stairs that lead to marble dining rooms, fountains and impressive views of the pacific ocean. The rooms had huge paintings and mirrors on the walls and ceilings that today seem to be falling apart.

The acropolis of Durazo has been abandoned for more than 35 years between deterioration, statues and Greek paintings that together It is valued at 700 million pesos. Despite the fact that the former police chief only spent eight years in prison, he could no longer return to these luxuries, since the authorities of the state of Guerrero managed to seize the property.

In 2021, former Governor Héctor Astudillo Flores indicated that he was willing to turn the place into a cultural center that would serve the state for various community events. The family of “Negro” Durazo tried to recover the residencebut the Supreme Court of Justice of the Nation shelved the conflict in 2019 and currently serves as a tourist attraction.

Among the great palaces of Durazo is also one of the most emblematic hotels in Mexico City: “The Inn of the Sun”. At the time, the place exuded an elegance without borders, but today it has become an abandoned space, with plants coming out of the rooms and towers leaning under their weight.

Children Heroes Avenue 139 now houses a space with chilling anecdotes of torture and violenceto which only you can enter only with permission from the mayor’s office. The place was built in the 1940s by the engineer Fernando Saldaña, who not only gave life to the ostentatious hotel full of trees and stained-glass windows, he also gave life to the it would be a meeting place for intellectuals and celebritiesbut which ended up being a space where Durazo allegedly tortured young people who protested during the 1968 student movement and it has even been said they were made sacrifices and rituals.

In a video, youtuber Cody Buffinton entered the hotel and showed the huge structures that have been forgotten. Inside the place also revealed the presence of an altar to the Virgin of Guadalupe.

the place too served as the headquarters of the National Institute for Community Development and Rural Housing (IDECO) during the 1960s. At that time, one of the legends that have remained in the collective memory to date arose, since it is said that a little girl lost her life in an incident inside the building and his spirit haunts the corridors.

Although there are no records of the paranormal phenomenon, An altar was built in his honor inside the hotel. along with others who are inside an inn full of Freemasonry symbols and elements.

The hotel operated as such for less than a year and had 500 rooms that saw their tenants pass by until economic problems during the six-year term of Miguel Alemán caused it to close.