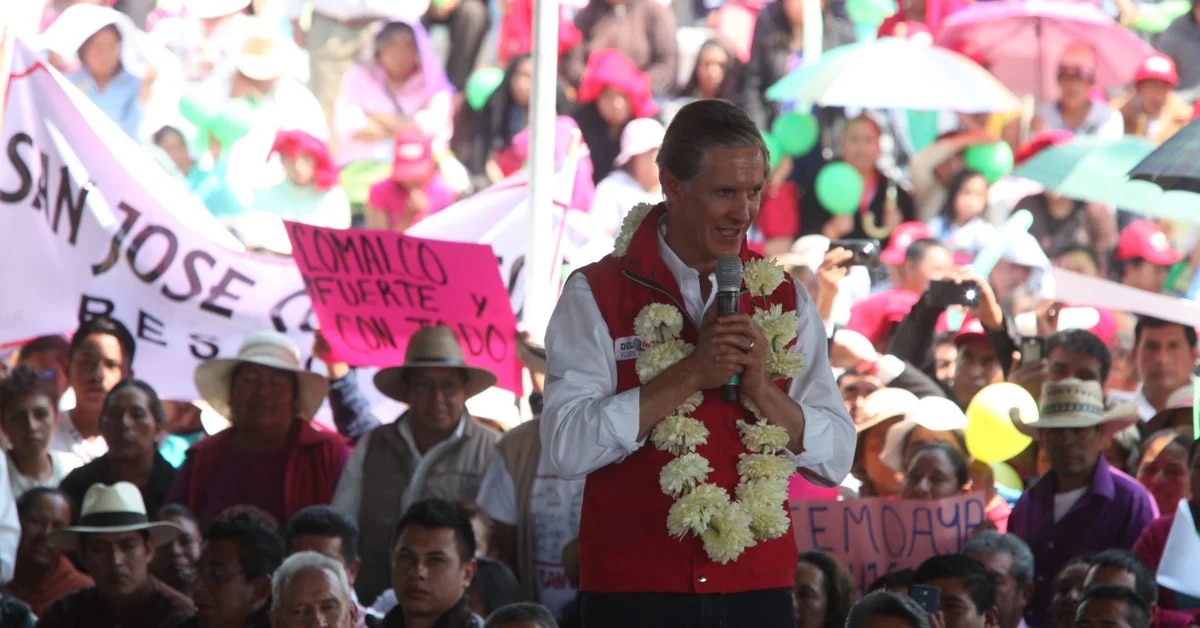 The conviction of Alito, Del Mazo’s political flirtation with AMLO and without strong candidates: the debacle of the PRI

The PRI in Edomex will define its future (Photo: Cuartoscuro)

The present of Institutional Revolutionary Partyl (PRI) is far from the history it represented in the country, because with only three governed states -two of them that will have elections in 2023-, the future of the political institute does not look successful and many specialists assume that it is more nearer extinction than resurrection.

However, next year will be the final battle -for many-, since the governorship will be at stake Mexico state, the most important state for the PRI, since it was there that the Atlacomulco Group was founded, one of the most powerful and important within the tricolor.

What a formal election would mean in years past, could turn into a catastrophesince the party has been affected in recent weeks by the scandals of its national president, Alejandro wing Moreno Cárdenas, in addition to joining the Va por México alliance – alongside the National Action Party (PAN) and the Democratic Revolution Party (PRD).

The PNR began to govern in the State of Mexico in 1925 and has continued until the present (Photo: CUARTOSCURO)

Since the founding of modern Mexico, revolutionary groups have governed the State of Mexico. It was Filiberto Gómez, who, hand in hand with the National Revolutionary Party (PNR), became the first head of the Executive of this political institute in 1925.

Nevertheless, Alfredo del Mazo Vélez was the first governor emanating from the ranks of the Institutional Revolutionary (1945-1951), who would establish a whole PRI tradition in the entity, since he would become one of the most powerful men in the entity as he had a family history as the son of Manuel Del Mazo Villasante, municipal president of Atlacomulco.

It is precisely in this demarcation that the idea was born that there was a powerful group, better known as The Atlacomulco Group, which was said to have been founded and led by Carlos Hank González, who was also governor of the state from 1969 to 1975.

Although it should be remembered that said group is not a formal organization of the political party, rather it has been an academic term and typical of the press to explain some labor, family and economic ties of the Mexican politicians.

Enrique Peña Nieto has been the only governor emanating from the Atlacomulco Group who reached the Presidency of the Republic (Photo: Cuartoscuro)

Now, gubernatorial succession responsibility -according to notes from academics and specialists- will fall on Alfredo del Mazothe current president of the entity, because his loyalty to the PRI is being questioned, since this politician has become close to President Andrés Manuel López Obrador (AMLO).

In addition to the fact that, until now, he has not spoken in favor or against any relevant cadre of his cabinet, so it is unknown who his successor could be or if he will support his political party during said process.

The continuity of the PRI in Edomex hangs by a thread (Photo: Cuartoscuro)

Despite all of the above, many specialists have pointed to the silence that the great Mexiquense PRI cadres have kept, because they have not ruled on the matter about the next electoral process.

Characters like Emilio Chauyffet, Cesar Camacho Quiroz Arturo Montiel Rojas, Enrique Pena Nieto or Eruviel Ávila have not positioned themselves; however, some of them have called for the resignation of wing Moreno, a character who could also define the future of the party, since the alliance with the PAN and PRD could change the future of the entity.

Many of these historical figures have moved away from the public scene, while the former governor of Campeche continues to lead the political party. However, it will be in the coming weeks when the face that will present the party will be knownwhich would define its future.

Beatriz Paredes raised her hand to be president of Mexico: “I will put all my emotion and experience”
Epigmenio Ibarra assured that the PRI should have disappeared in 2000: “Fox saved it”
The dinosaur that does not raise its head: how the PRI has navigated its crises since 2000
Alito Moreno: how abstentionism in the bastions of the PRI was a hook to the liver for its leader

Previous “The best we’ve ever had”: Horner praised Checo Pérez for his duo with Verstappen
Next “La Bebeshita” impresses with a daring red leather dress and is filled with praise