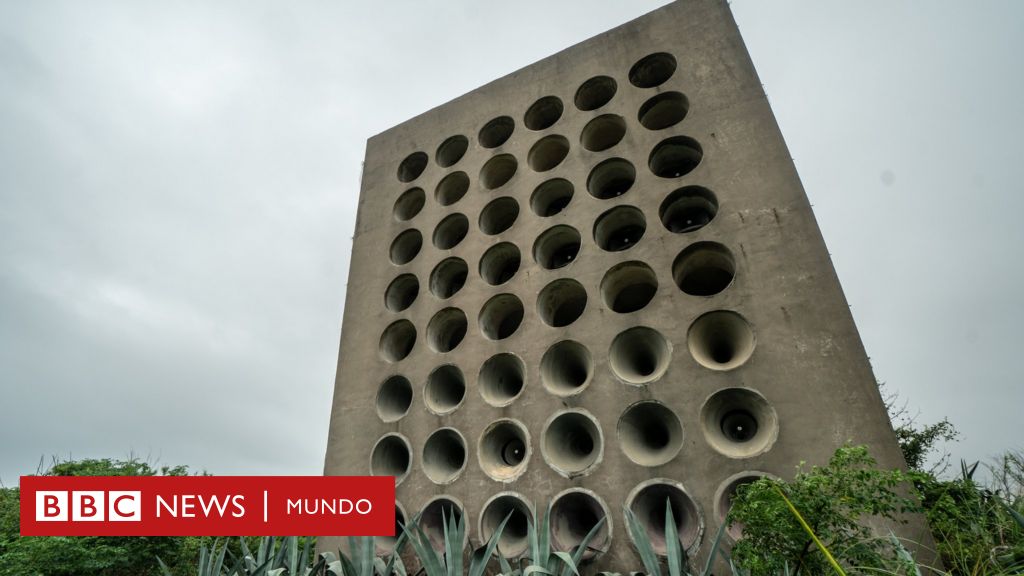 Taiwan: the small archipelago that defended itself from China with music

Imagine that you are forced to listen to music day and night at full volume.

Now think about what it would be like to suffer that kind of torture for decades.

This was one of the strategies used by the Taiwanese government in the propaganda war it waged against Communist China since the quemoy island, also known as Kinmen.

24 hours a day, every day for more than two decades, a huge 10-meter-high loudspeaker built facing the enemy coast blasted residents of Xiamen, mainland China, with music -a Taiwanese light song- or with speeches inviting Chinese soldiers to change sides.

Its about Beishan Relay Wallan imposing concrete construction in which 48 powerful speakers were installed whose sound could reach 25 kilometers away, that is, beyond the suffering Xiamen, from where China also responded with the same coin.

This peculiar psychological war, which exhausted the inhabitants of both shores, lasted beyond 1979, when the United States recognized Communist China and the balance of forces in the region changed.

The small archipelago, made up of numerous islets, rises less than 10 kilometers from the Chinese coast and has been under Taiwanese sovereignty since the nationalist troops of Chiang Kai-shek They were expelled from the mainland by Mao Zedong’s communists in 1949.

That same year, a bloody battle in which the Kuomintang managed to stop the communist troops from taking Taiwan. The status quo that was established then continues to this day.

The islands were, however, the scene of new clashes between nationalists and communists during the subsequent Taiwan Strait crisis in 1954 and 1958.

After this second confrontation, the Chinese and Taiwanese bombed each other for two decades on alternate days. The communists would shoot on odd days and the nationalists on even days..

But, although the exchanges contained live fire and, during that time, military objectives were hit and soldiers were killed, most of the “bombs” contained propaganda leaflets.

flyers with photos of a smiling and benevolent Chiang Kai-shekinviting the Chinese population to defect, photos of soldiers who had fled Communist China by swimming to Quemoy, and even – surprisingly – stamps of young people Taiwanese celebrating their weddingrained on the Xiamen sky.

Propaganda, and small gifts such as bars of soap, also reached the continent in balloons that were released from Quemoy when the winds were favorable and that they had a timer so that they would lose height when they were over Xiamen. Or in beer bottleswhich were thrown into the water from the island to reach the shores of the continent.

In 1967, however, a new tool came into operation, and with it, the sweetest of taiwanese weaponsthe light song star Theresa Teng.

Known as “the eternal queen of Asian pop”, Teng was very popular on both sides of the strait and apparently one of the favorite singers of the communist leader Deng Xiaoping.

His music was one of the most thunderous from the Beisha Broadcast Wall.

In the style of other stars such as Marlene Dietrich or Marilyn Monroe, who lent themselves to inflaming the troops, Teresa Teng traveled to the island on several occasions to speak personally through the huge loudspeaker to the inhabitants of Xiamen, and tell them that she was looking forward to their visit. to Quemoy and that freedom was the only hope for his country.

In the following decades until the 1990s, another four relay stations were built in the Quemoy archipelago to continue broadcasting messages and music to China.

Several thousand kilometers from there, South Korea Until 2018, he used a similar technique with his enemies from the North, torturing them with propaganda messages and music from gangs. k pop.

But, while the notes of songs like “Tian Mi Mi” (very sweet) were blown across the sea to reach the mainland, the communists countered from the mainland using the same tactic.

Life on the island during the sonic war was very hard and had an impact on the mental health of its inhabitants. Silence became a real luxury.

Ling Ma-teng, who served in the Taiwanese army during the war and has written five books on the history of Quemoy, told BBC Culture a few years ago that the sound they received from China, mixed with that coming from the island, was heard “as loud as thunder”. It was not possible to escape the noise, “the music played relentlessly and became noise. It left us mentally exhausted“.

The broadcasts continued until the 1990s, when the island ceased to be governed by a iron martial regimeyears after the rest of Taiwan became a democracy.

Today they can still be heard, at a much lower level, for the hundreds of tourists, mostly Chinese, who visit the island.

Since a timid opening with the continent was launched in 2001, with a policy known as that of the “three mini links”which has reestablished reduced transport, postal and commercial connections with Xiamen, the archipelago has become a tourist destination for curious Chinese, who seek to be photographed with the war vestiges that still remain on its beaches and visit the traditional constructions that remain in the island.

An island where the sweet voice of Teresa Teng continues to sound.

Previous Chicharito explains why he threw down the flag and rejected the boy from Dallas: “Emotions beat me”
Next Daniel Bisogno criticized Selena Gómez after showing her belly: “She wants to rest as a pulquero”