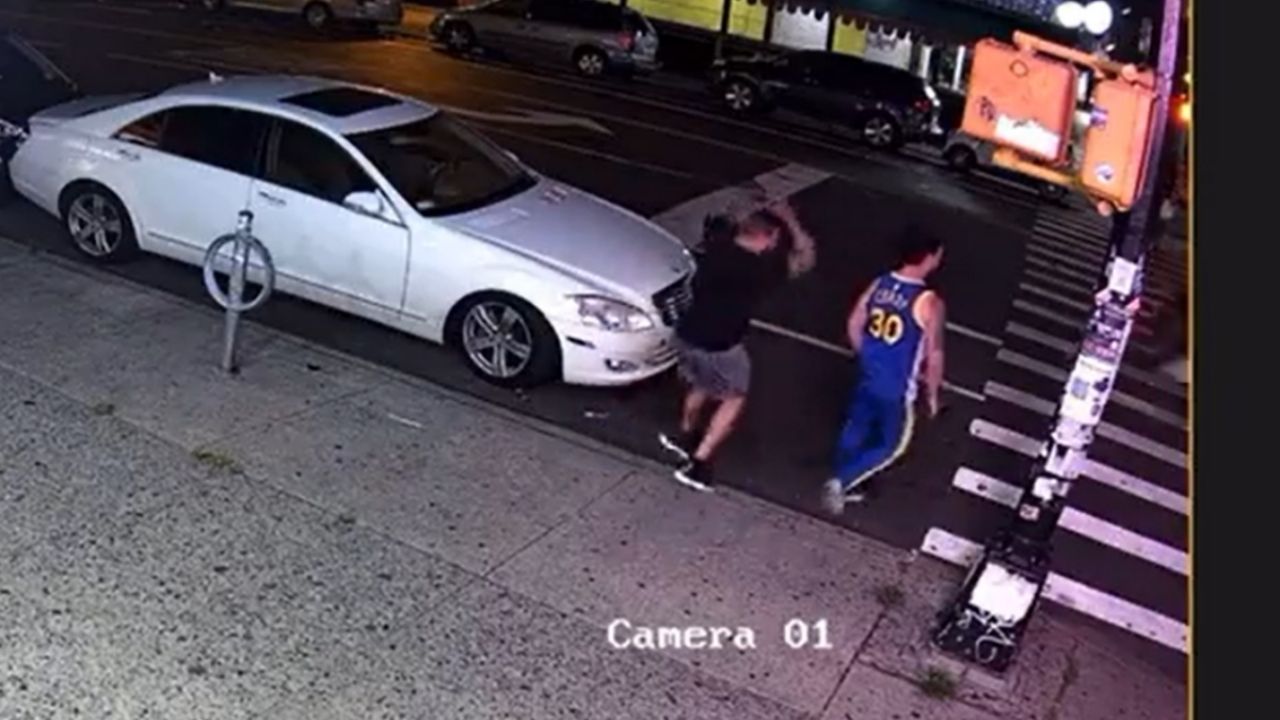 The speeding again he is the protagonist of a terrible accident that left fatalities in Inwood, Manhattanin USA. It was around 4:00 a.m. on Wednesday when two young Dominicans They were about to cross the street and were hit by a car whose driver lost control.

Both boys were on the sidewalk and just when they were about to cross the pedestrian crossing a black vehicle at full speed rammed them making them fly and hit the ground hard; in fact, another car that was parked next to the youths was also severely affected.

The car that caused the fatal accident was destroyed on the sidewalk and next to him they lay the bodies unfortunately already lifeless of the two young men. The tragedy occurred at the intersection of West 207th Street and Sherman Avenue, in the early hours of Wednesday, August 3, according to ABC7 NY.

In the recording captured by security cameras, which lasts just 45 seconds, it is seen how after the impact, another young man and three policemen quickly approach to see the wounded. The scene is chilling and can be seen on the boy’s face, who sees that the other two men are dead and goes back the way he came. While the uniformed men run towards the crashed car.

Said local media reported that the fatalities were:

Also, it was learned that the crew of both damaged vehicles, three in one and two in the other, were also immediately taken to a nearby medical center.

Speeding, a constant in the zone

Local outlet Eyewitness News spoke to Joel’s family. They said he was food delivery man and he had just cut his hair when the tragedy occurred.

Meanwhile, David was a very popular hairdresser and loved in Inwood. Before he died, he told his loved ones that he was very excited because the second birthday of his little daughter was approaching.

Relatives of both and neighbors in the area said it is very constant than at the intersection where the accident occurred the cars go over the traffic light quicklyfor which they made a call for the authorities to condition the roads to reduce speed.

Previous Luisito Comunica reveals human resources strategy: this is how he hires
Next On a motorcycle, La Mala Rodríguez raises the temperature with a mini flower dress