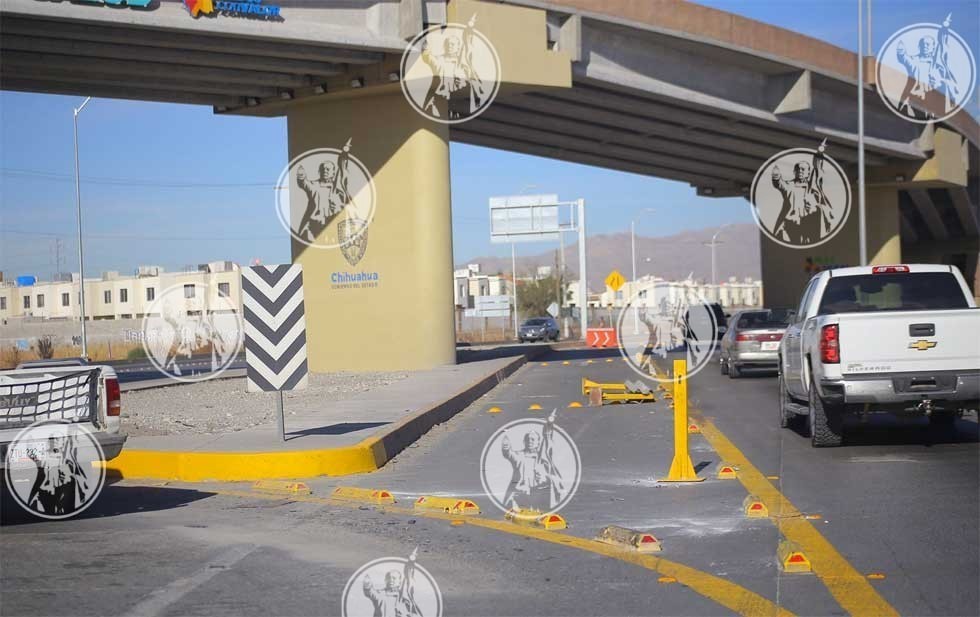 Juarez City.- The state government canceled the construction of a second road strip at the intersection of Juan Pablo II Boulevard and Francisco Villarreal Torres Avenue, embodied in the 2021-2027 state development plan.

The Undersecretary General of Government in Juárez, Óscar Ibáñez, reported that, instead, it is planned to carry out work at ground level to ease the long lines of vehicles that form between those who travel to the south of the city or to some neighboring subdivisions.

With the second strip “the cost was much higher,” the public servant declared yesterday.

He indicated that the Municipal Research and Planning Institute (IMIP) was the one that proposed this new project, and the executive plan is already being prepared by the Ministry of Communications and Public Works (SCOP).

“The IMIP and the SCOP determined that it was cheaper to do the solution on the ground”, he mentioned.

So, a modification will be made for right turns and change the way the cruise works to provide better service than even a strip, “because the main flows are from the west to the south on De las Torres avenue,” he explained.

He indicated that currently there is a queue almost to the second gas station on Juan Pablo II, and that causes a continuous agglutination.

He added that this modification will be made that will allow the incorporation with an extra lane in the descent of those who come from Juan Pablo II to the south.

So far there is no approximate cost of the work, but the resources will come from the Border Bridges Trust.

The first strip, built in the last administration, leads to the north of the city.

Although records indicate that it cost about 49 million pesos, former Governor Javier Corral said in a speech that the price would exceed 65 million pesos, but did not show any documentation.

For his part, Ibáñez stressed that the current government is looking for projects to be more efficient and have lower costs.

Previous What you need to know about Santi Giménez, Edson Álvarez and Erick Gutiérrez in the Eredivisie 2022-23
Next Actress Anne Heche, in critical condition after serious car accident