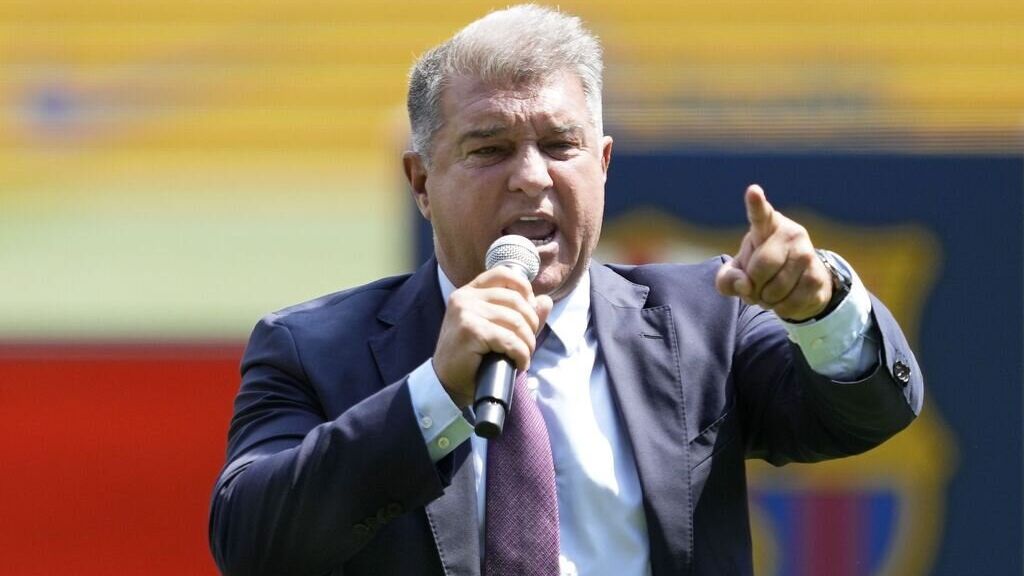 “Problems with registrations at FC Barcelona? We entered 760 million in 2 months”

The president of Barcelona, Joan Laportadoes not believe that the Barça entity will have problems with LaLiga to enroll to the players contracted in this market and recalled that in two months, the Barcelona has entered 760 million euros in different operations.

“We have worked to be able to enroll everyone, in fact we have worked very well to meet the necessary requirements and if any further operation needs to be done, we will do it. We have presented the documentation and we are waiting for LaLiga. We have complied and we are confident,” said Laporta during the presentation of Robert Lewandowski.

In addition, the leader recalled that the entity has entered 760 million in practically two months, it is the sum of the transfer of television rights to Sixth Street (260 + 460) and the sale of 25 percent of Barça Studios (100).

“Now we have positive funds, a healthy balance sheet and the income statement, too. We have made a great effort, we have sold assets in a controlled manner and we have the option of recovering these assets. We have worked very well,” he argued.

laporta commented that the Barcelona he is making “a great team” and “transcendent decisions” have been made after enduring “the pressure very well”.

“We continue working so that the club takes that cruising speed that it needs, of stability to return the joy to Barcelona and win titles again. I am happy, like all the cules, because I am one more culé”, he indicated.

He explained that the signing of Lewandowski it was a priority, like a wish on the genie lamp. “We had the idea of ​​signing a striker center forward. If a genius came and granted us three wishes, we would have asked for a scorer, a golden boot several times and a player with a goal guarantee. This person is Robert Lewandowski“, said.

“We spoke with Pini Zahavi, his representative, and he told us that Robert wanted to play in Barcelona. We spoke with Bayern, Mateu Alemany saw the predisposition and everything went like this. There were other clubs that offered more money and more chips, for that I am so grateful,” he said.

Previous comorbidity factor in women
Next The story of the “Hachiko de La Raza”: a puppy waiting for its owner at the exit of the Metro station