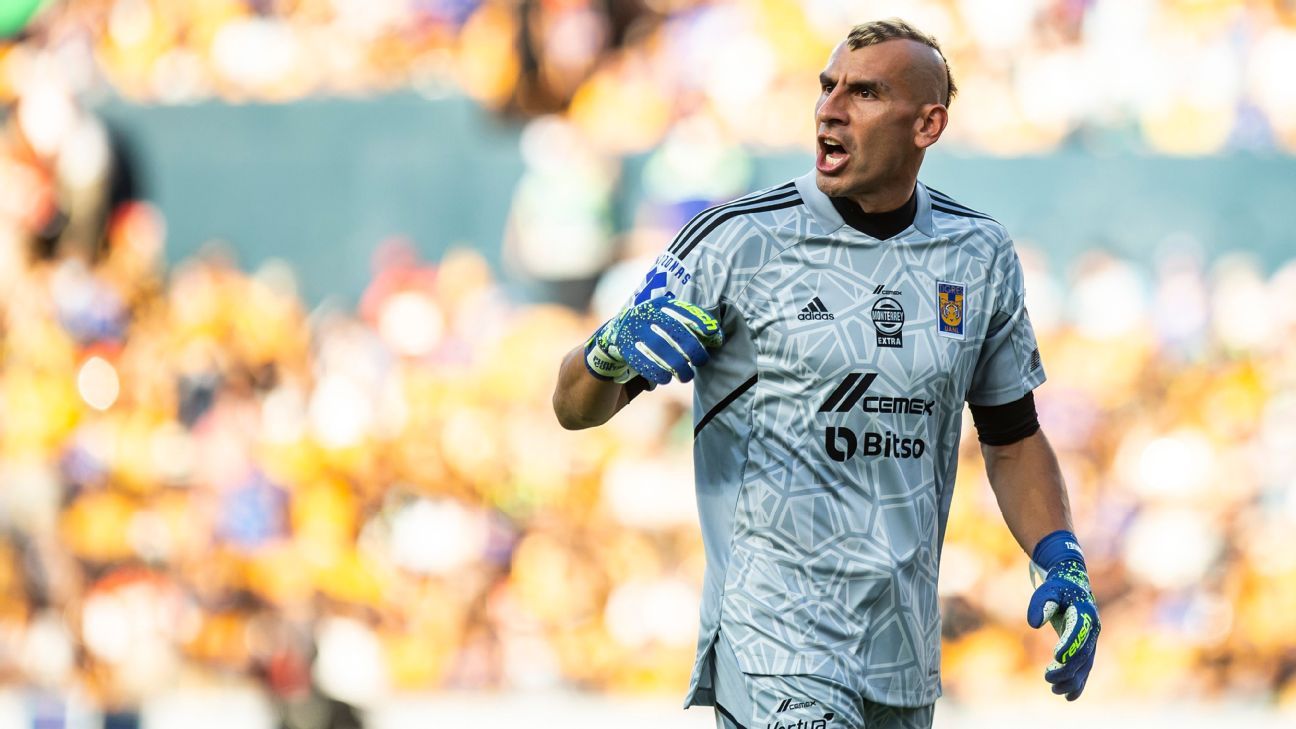 Versions have emerged that Nahuel Guzmán could be an option for Boca Juniors in the event that Agustín Rossi does not arrange his renewal with the South American team and for this reason he responded in that way.

Given the versions that he is in the orbit of the Argentine club Boca Juniorsthe goalkeeper of tigers, Nahuel Guzmanthanked the recognition of his work, but made it clear that he is one hundred percent focused on his current club.

“Yes, I heard or read something on the networks, I am not aware of anything, I do not know if there was an official mention or not, I am grateful that there is still some recognition for my work, it is what they tried to do, I work to continue being in the elite or among the best.

“Somehow doing things well collectively gives me the chance to be among the best, I don’t know if there is something real, confirmed or true, I am one hundred percent focused on working with tigerslooking to continue being a protagonist, I think TIgres deserves respect and commitment from me, so I’m focused on what I’m doing here,” he said.

Versions have emerged that Nahuel Guzman It could be an option for Boca Juniors in case Agustín Rossi does not arrange his renewal with the South American team and for that reason he responded in that way.

The goalkeeper spoke about the game that the UANL team will have this weekend against Pachuca, within the seventh day of the Opening Tournament 2022, and said that they expect a dynamic meeting, in which they will seek to achieve one more victory, which would be the sixth in a row for them.

“It will be difficult, as games against Pachucaat times you could think of it as a back and forth game, with many attacks, possibilities both for and against, that is why we work throughout the week and we consider that it is very important to maintain a high level of intensity.

“We were working to be able to play a game in blocks, not going out to push one by one, not splitting the team, I prefer to let you know that we know what they play and hopefully we can get a good result, we have to be smart and be prepared to face a match with intensity,” he added.

Nahuel Guzman also spoke about the technician Gerardo Matinowho directed it when he was in Newell’s Old Boys, and said hope it goes well in the next World Cup Qatar 2022 with the Mexican team and highlighted the power of conviction that it has.

“What of the daddy It is personal opinion and perception, I prefer some of the characteristics, I mention the work, understanding and conviction, he has a coaching staff around him that not only works on the football aspect and all the issues that it entails, but also the power of conviction, It is important for a coach that the players believe in his idea, it is the key for me and I feel that he has it.

“From my part, I wish both him and his body of work and the boys who have to go, the greatest of successes, we will be accompanying, attentive, they touched a complicated area. I feel like he deserves to play a good role in this world with this selection”, he concluded.

Previous Winamp returns, the legendary MP3 player of the 90s
Next Accident in León: Accompanies a night broadcast and falls into a stream in the Barrio del Coecillo