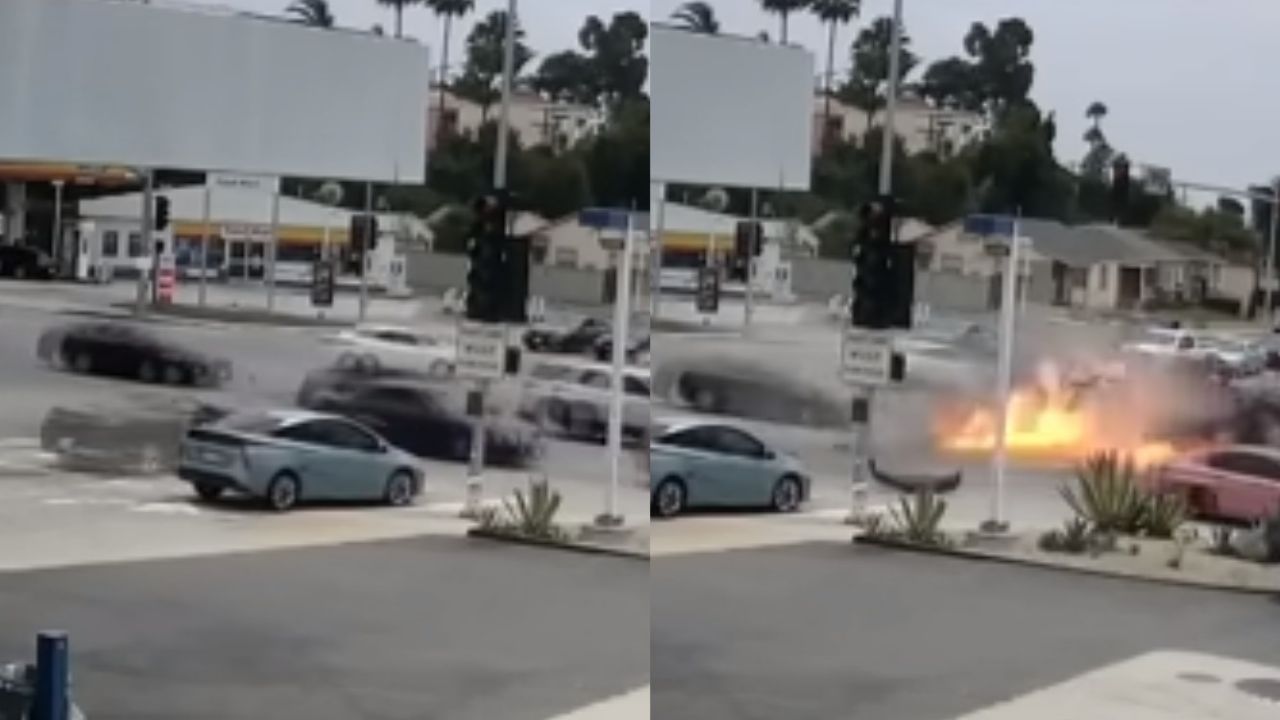 USA.- The driver of a speeding Mercedes Benz caused a tragedy during a accident in Los Angeles, by killing five people, including a pregnant woman.

The driver remains injured despite speeding and colliding with multiple vehicles at an intersection in Windsor Hills, California.

The accident in Los Angeles occurred Thursday at 1:40 p.m. at South La Brea and Slauson avenues.

In a video it is observed that the Mercedes Benz does not brake and fully impacts a truck and a car. The Mercedes Benz catches fire and is charred just like any other car.

Among the six victims in the accident in Los Angeles, there is a pregnant woman, and eight people injured, including the driver.

Among the injured are a 33-year-old woman and her six children, ages 13 months to 15 years, reported Highway Patrol officer Franco Pepi.

“The reasons for the high speed at this time are simply unknown. Everyone needs to drive with due consideration because a lot of collisions happen, and this is just at the top of the list of how bad they can get,” the officer said. .

(With information from Telemundo and Univision)

DO NOT STOP READING: Yesenia Ivonne posed as a victim ‘pretending to be extremely afraid’, she had killed seven of her relatives: parents, brothers and brothers-in-law

The Rio Grande dries up for the first time in 40 years: chamizal carp fish about to disappear

KEEP READING: VIDEO A couple of grandparents and their puppy about to drown when they were trapped in their truck, but neighbors saved them

For stealing two turkeys, a man was burned alive by the villagers. “If you have such a need you can look for work ‘, they told him, but he was killed

Previous Mourning on Televisa: After leaving TV Azteca, actress of ‘Una Familia de Diez’ confirms tragic death
Next Roberto Palazuelos: The photos that show that he does not lie and was a heartthrob in the 90s