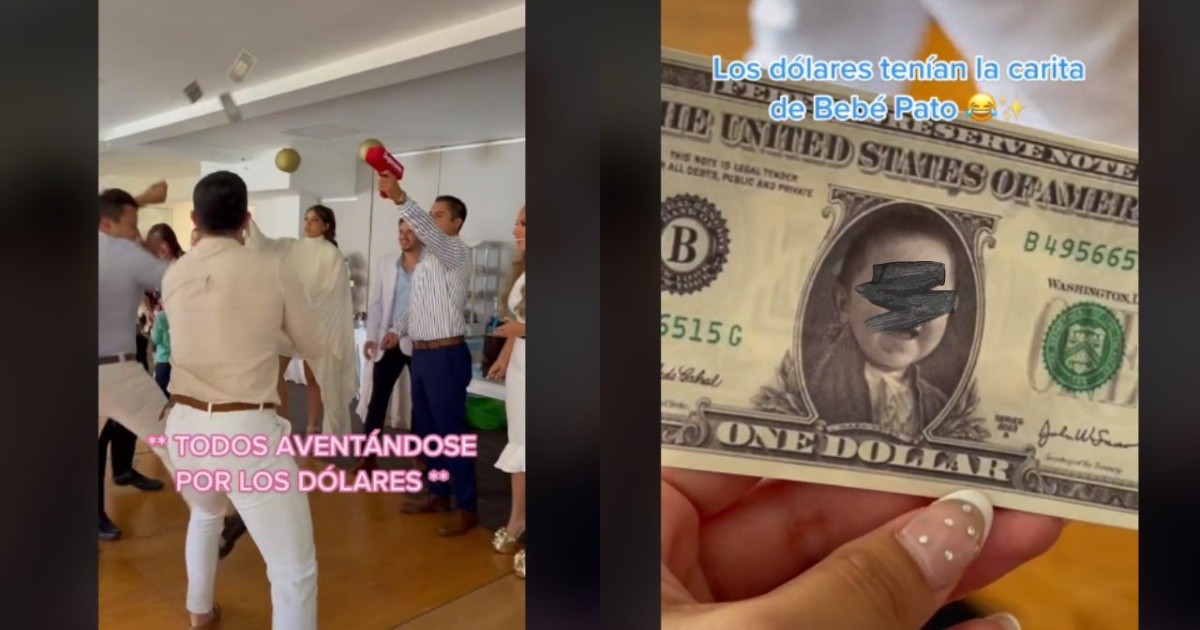 TikTok: They thought the father was throwing dollars at a baptism and they were bills with his son’s face | News from Mexico

MEXICO.- A US dollar is usually worth around 20 Mexican pesos and can be very useful when shopping both in Mexico and in the United States.

That’s why a couple decided to make a joke to the guests of his son’s baptism and also caused great virality on social networks.

In the video you can see how the guests lined up when the father took out a toy gun apparently throwing money.

The subject made them believe that several American bills were going to come out of the gun and that is why, literally, “they left life” as if they were children and pretended to collect all the candy from the piñata.

The gun did throw bills, but these had the baby’s face embossed on their front, thus causing astonishment among the guests and also the users who saw the video on the popular platform.

“Everyone throwing themselves for the dollars. The dollars had the face of Baby Duck”, the user wrote.

The video quickly went viral and already has more than 678 thousand reproductions and more than 16 thousand ‘likes’, Like the netizens, the guests could not hold their laughter when they saw that they were not the dollars that the father had promised.

There is no doubt that viral videos show us unusual situations and some manage to make us smile.

It may interest you: Kitten drinking water from a jug is a sensation in networks

Previous Neither María Félix, Dolores del Río or Silvia Pinal: she was the highest-grossing actress of the Golden Age
Next Christina Aguilera paralyzes the network with her curves