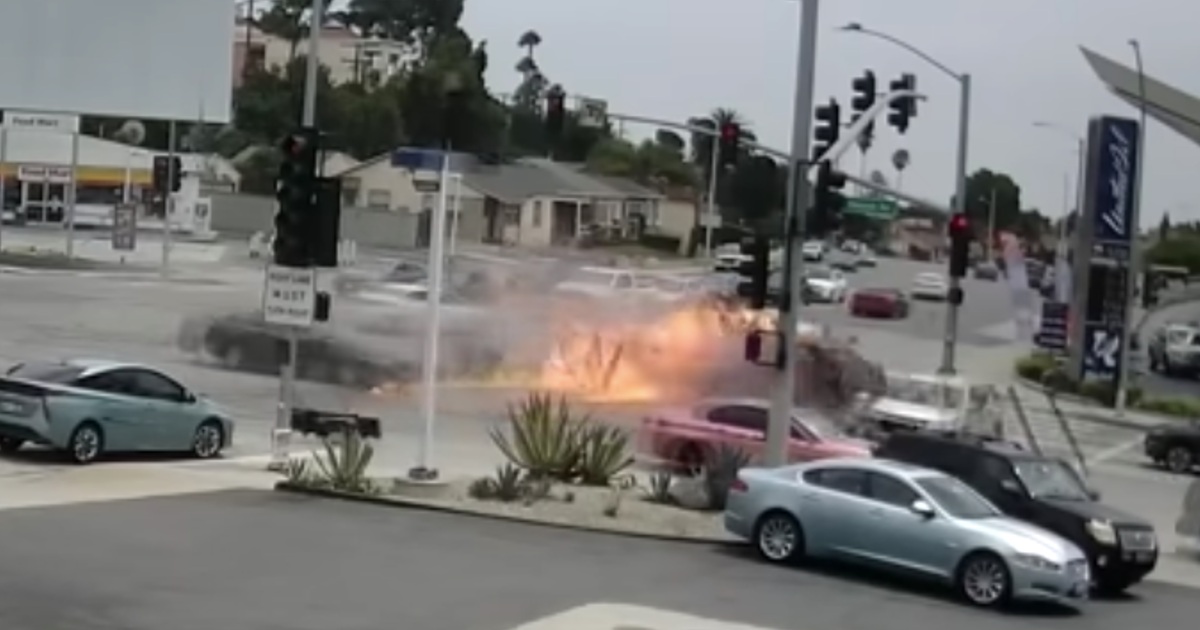 The stop was passed! Mercedes-Benz Causes Crash; there are 5 dead

A strong accident was registered in Los Angeles Californiaafter a vehicle Mercedes-Benz will pass the stop and end up colliding with at least two other vehicles to then catch fire.

The crash occurred in Windsor Hills at noon this Thursday. The black vehicle was driven by a womanwas caught speeding at the intersection where a gas station was located.

We recommend: “They don’t belong here”: he sprays gasoline on them and tries to set them on fire for speaking Spanish

The authorities confirmed that five people died, including a child and a pregnant woman, while nine were injured, including the woman who caused the accident.

Of the injured, eight were taken to a hospital for medical attention.

The accident was captured by a video surveillance camera near the place where it is observed how the Mercedes Benz causes the crash by not respecting the traffic light.

“According to the latest reports we have, the driver of the Mercedes that was traveling at high speed is a 40-year-old woman. I do not have any other information as to her name, or where she resides. Apart from that, she is still being treated by doctors and nurses in Ronald Regan UCLA Westwood,” said California Highway Patrol spokesman Franco Pepi.

He added that the driver was seriously injured and is escorted by California Truck Patrol officers.