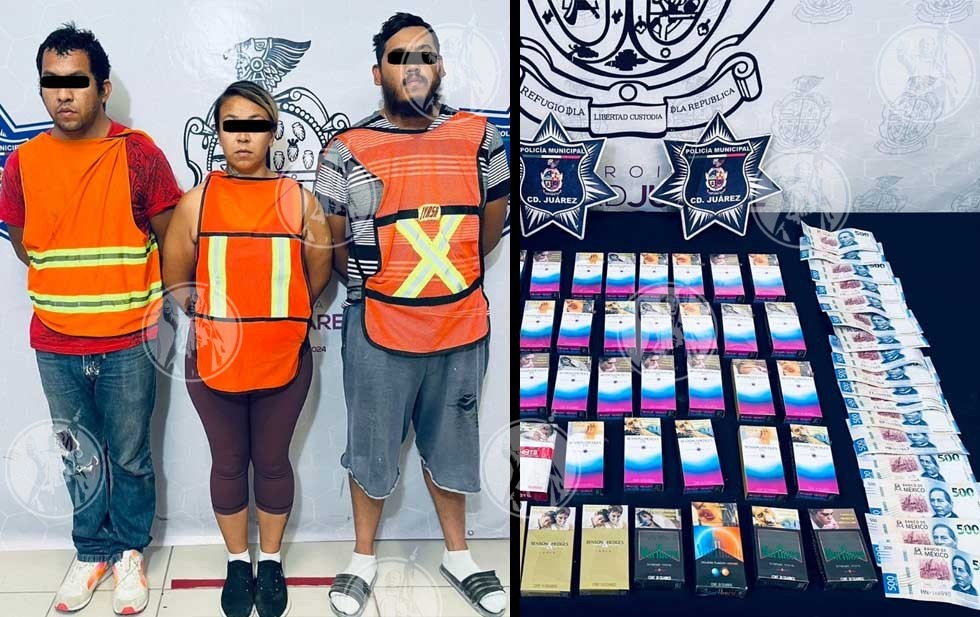 Store cashier fakes assault; ‘thieves’ were her husband and a friend

Juarez City- An employee of a convenience store, her husband and a friend, were arrested by Municipal Police officers for faking an assault to appropriate money from the business, reported the Municipal Public Security Secretariat, through its spokesman, Adrián Sánchez Contreras. .

Ángel RA, 27, Claudia Lizeth ON, 31, and Pablo RA, 32, were arrested for their alleged responsibility in committing the crime of robbery and/or whatever results, the spokesperson reported.

The narrative indicates that the police responded to an emergency call, where they reported an armed robbery in a convenience store located on Perimetral Carlos Amaya and Teotepec streets, in the Galeana neighborhood.

Upon arrival at the scene of the report, they met with the cashier of the store, who reported that two armed people stripped her of the money from the day’s sales and part of the merchandise on the counter, and then fled aboard a Honda vehicle. Green Accord, 1996 model, detailed the spokesman.

With the data provided, the officers implemented search actions, realizing that in the back of the affected store, there were two men aboard a vehicle that met the characteristics provided, and upon inspection, a box with 39 packs was located. of cigarettes and 13 thousand pesos, product of theft, for which they proceeded to their arrest, according to the informative part.

It is worth mentioning that the woman who worked as a cashier is the wife of one of those responsible, who mentioned that they agreed with her to commit a carjacking, for which she was also arrested, Sánchez Contreras added.

Previous reading of rights, they were consigned before the Public Ministry, in the State Prosecutor’s Office in the North Zone.

Previous Reached agreement with Ajax for player training and friendly matches
Next From the beach, Mía Rubín teaches fashion classes for young girls in flirty dresses