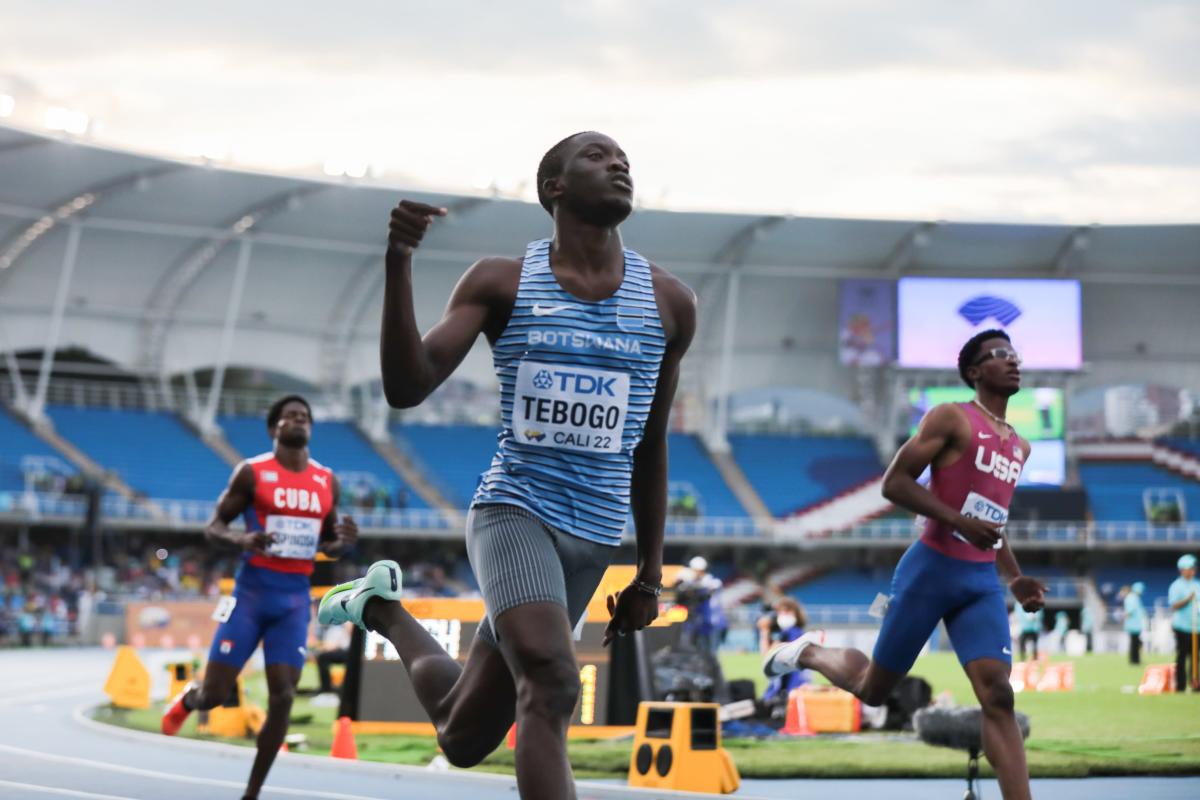 Looks like the wait is over. While many wondered if it was possible to find a sprinter of the magnitude of the legendary Usain Bolt, the world of athletics was on fire with what happened in the U20 World Cup which takes place in Cali, Colombia. The boy’s name from Botswana, Letsile Tebogo, made those who believed that there would no longer be such an athlete explode with happiness. He looks at the rivals and points to them before the finish line: “I wanted to remember what Bolt didTebogo said.

This 19-year-old boy kept the gold medal after achieving the mark of 9.91/100 in the definition of the test and, in this way, lowered his own mark, which he had achieved twice so far in 2022: In April, he recorded 9.96/100 in a competition in his country and, a few weeks ago, in the framework of the World Cup for Seniors in Eugene, USA, he scored 9.94/100 in his first series to qualify for the semifinals of the tournament.

With a reaction of 0.129 seconds in the game, Tebogo took control of the test and flew ahead of Bouwahjgie Nkrumie (Jamaica), with 10.02/10. In third place in the final was the South African Benjamin Richardson (10.12/100).

In Bolt style, the Botswana athlete took advantage of the last 25 meters of the race to look to the side, in a classic gesture in which he tried to emulate his greatest idol and benchmark. “I saw the fans and wanted to remind them of what Bolt has done in the past. He is my idol, the person I look up to. If someone took it as disrespectful, I’m very sorry.”Tebogo said after the test, in relation to having pointed out the Jamaican Nkrumie in the decisive part of the test.

Even in the semifinals, the South African Benjamin Richardson was allowed to watch while running. The image did not go unnoticed and many remembered the race in which Bolt looked at De Grasse in the Olympic semifinal in Rio de Janeiro. So similar was it that World Athletics immediately spread both snapshots on their social networks.

“I saw that my rivals were afraid of me, but I was also afraid of them. When the shot went off, I had to make sure I had the best start of my life and I did. I didn’t plan the celebration, but as soon as I took the first step I knew the title was mine. I didn’t worry about the time. I didn’t look,” Tebogo said of the race.

This is the second time that a sprinter under the age of 20 has dropped 10 seconds in the world’s fastest race in athletics. The other was the American Trayvon Bromell, current World Cup bronze medalist in the Senior World Cup, who recorded 9.97/100 in 2014. But Tebogon’s performance cannot be compared to Bolt’s, since the Jamaican never ran the 100 meters until He was close to turning 21 and that was just on the cusp of his world appearance in Beijing 2008.

Usain Bolton his Twitter account, he said that he was watching the U20 Athletics World Cup and after Tebogo’s crowning in the 100-meter final, he replied to the World Athletics post, in which an image of the Botswana athlete appears with the time achieved : 9.91/100.

With as high a profile as the 19-year-old Bolt had, when asked what mark he could have made if he had pushed to the end in the defining test, Tebogo did not blush and said “9.80″ and explained why why he hadn’t: “We have more races ahead of us and we didn’t want to go that far. We want to leave the record here for the next generation to break.”

An heir appears on the horizon. Tebogo flew in Colombia and it seems that nothing can stop him.

Previous Healthy diet during lactation prevents diseases
Next Hachiko de La Raza: dog waits for dead owner at the exit of the Metro