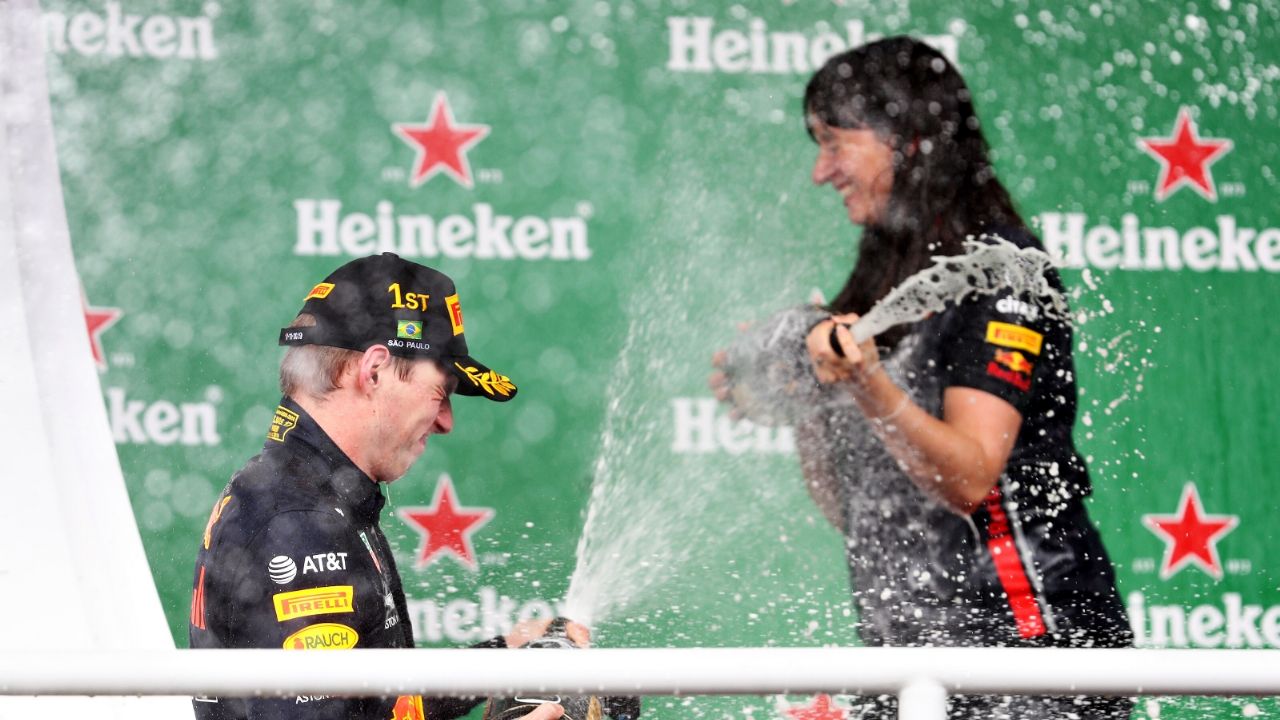 His lucky charm: Max Verstappen was full of praise for Hannah Schmitz

at the Hungaroring, Max Verstappen put in one of his best performances: the Dutchman rallied from 10th on the grid to the top step of the podium on Sunday, catapulting his lead at the top of the Drivers’ Championship to 80 points from Charles Leclerc, just before the F1 holidays that will run until the end of August.

As explained later Max Verstappen and Christian Horner, a last minute decision was the key to taking the top title on Hungarian soil. And it is that Red Bull analyzed that the hard tire did not find grip during the reconnaissance laps prior to being placed on the grid, this led to a change on the fly: finally, the current F1 monarch started with soft compounds.

In contrast, Ferrari called Charles Leclerc into the pits, just as the Monegasque was leading on the Hungarian track. There he was fitted with hard tires, which caused a drop in pace that led him to finish sixth. In this frame, Max Verstappen was approached by “Motorsport.com” and, asked about the importance of relying on the pit wall for strategy, without hesitation the champion stated: “Incredibly important if you want to fight for a championship.”

Max Verstappen on the Hungarian GP

At the same time, after the mistakes that Ferrari made in its strategy, the current leader of the championship reflected: “You cannot afford many mistakes. Of course it is very difficult to always be on the right side, let’s put it that way. But I think we have many good boys and girls on the team.

Before the appointment at the Hungaroring, Verstappen did not trust Red Bull’s pace to be able to prevail against the Tifosi. That is why he later stressed the excellent role of the strategy engineers to catapult his victory in Hungary: “[Fue] choosing the right tires at the right time”.

“We know that our car is, in general, fast, but I think that throughout the race Ferrari was also very fast, they just made the wrong decision on the hard tyre,” Verstappen concluded.

Previous Mariazel, more beautiful than ever, imposes style in fitted leggings and navel
Next Treasury cuts fiscal stimulus to ‘Premium’ gasoline for the first time in 5 months – El Financiero