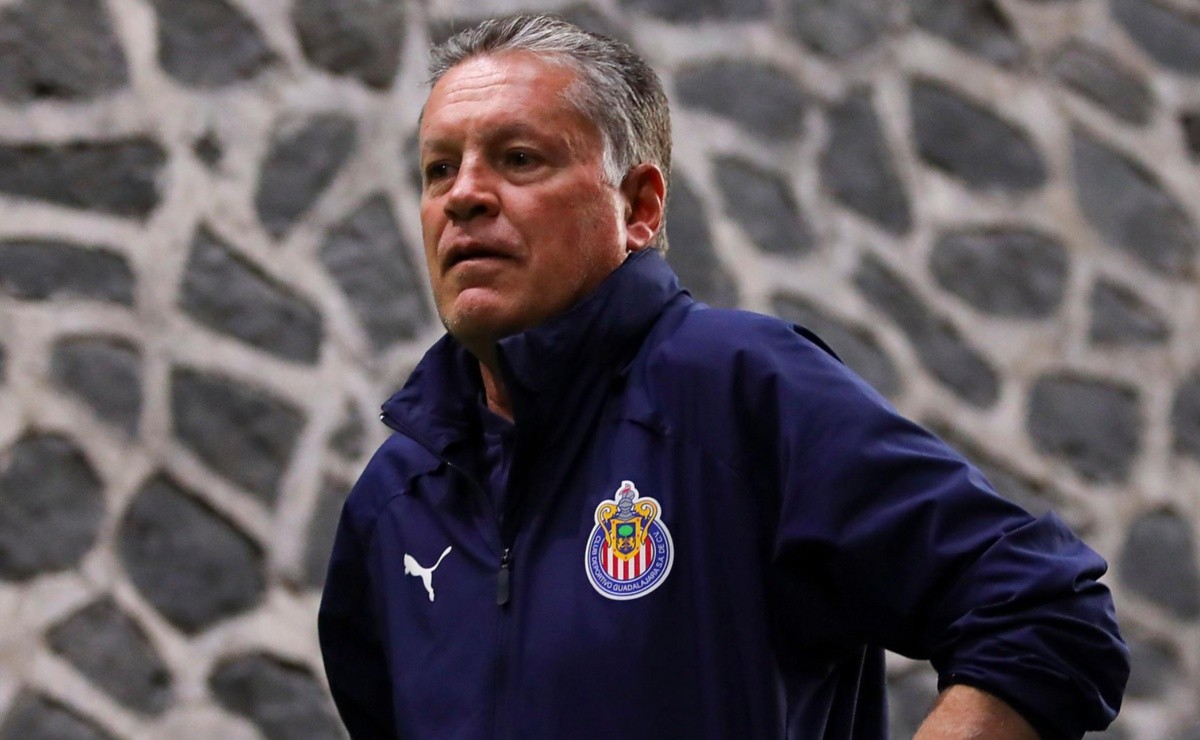 David Medrano reveals the condition he put on Chivas

The communicator was the access route for several topics that the rojiblancos followers have wanted to know about the bad moment of the Flock.

Club Guadalajara surprised this Wednesday when they published an extensive interview with the sports director, Ricardo Peláez where he played various topics that are of interest to fans, who do not see with good eyes its management due to the poor results and the lack of reinforcements with proven quality.

Journalist David Medrano appeared at the Akron Stadium to chat with the leader of the Sacred Flock, but some sector of the followers considered that there were not so many questions because everything was planned from the beginning, However, the Tv Azteca commentator assured that they never limited him on any specific topic.

In the program Duro de Marcar on Jalisco TV, Medrano thanked the Chivas leadership for the opportunity to speak with one of the most controversial characters of Mexican soccer due to the negative streak that the institution accumulates in the almost three years that it has been in office Peláez Linares, but at the same time he clarified that nobody prevented him from carrying out his journalistic function.

“I thank Chivas and Ricardo Peláez for giving an interview in these conditions. When people from Chivas tell me that I would be interested in an interview with Ricardo Peláez, I told them yes, but on one condition, asking everything I want is the only condition. We do it when you say, where you say, but I don’t usually send the questions in advance, nor do they tell me about this it can and about this it can’t. If the issue is that Mr. Peláez can be asked about everything, then let’s go. It is the truth of Peláezin some cases we can agree and in others obviously not”, commented the famous communicator.

in the same conversationthe manager from Guadalajara indicated that he has the experience and the arguments to think that he will contribute to get the people of Guadalajara out of a bad time, since he presumed to have worked with the other big teams such as América and Cruz Azul, where he considers he did a good job.

Previous blender fight Hamilton Beach declares winner
Next In Spain, they investigate attacks with syringes on women in bars and nightclubs