Cacique behind the pain – The owner of the shot that trapped the miners is a politician and businessman: Régulo Zapata

Until the closing of the edition, Regulo Zapata Jaime had not appeared at the scene or set a public position regarding the incident, while the foreman in charge of the operation fled minutes after the events.

Coahuila, August 4 (ElCoahuilense).- A collapse by floodin the community of Agujita, has caught up a 10 workers in a coal pit owned by the politician and businessman, Regulo Zapata Jaimeto whom the Federal Electricity Commission (CFE) has just awarded a contract for 55 million pesos to supply ore to the “Carbón II” coal-fired power plant, located in Nava Coahuila.

The figures have been contradictory. Originally reported to be nine workersthen the Ministry of Labor and Social Welfare (STPS), announced that there were eight and, according to the testimonies of survivors who are hospitalized in the General Hospital of Zone No. 24 of the IMSS, in Nueva Rosita, would be up to 12 workers They couldn’t get out of the hole in time.

So far, four workers managed to get out of the accident and are being treated at the aforementioned hospital. The workers were identified as Raymundo Tijerina Amaya, 52 years old; Fidencio Sillas Álvarez, 33 years old; Héctor Javier Díaz Esquivel, 46, and Fernando Pompa Orta, 36.

The events occurred this Wednesday afternoon, in a sector known as “Las Milpas” and, according to the first reports, the workers were working 65 meters deep in an unsafe structure and unverified by the STPS.

The Family of Pasta de Conchos organization announced that the property where the incident occurred has three charcoal pits whose conditions, already unsafe, worsened, since the owners did not carry out drilling work to measure the presence of gas or nearby bodies of water. to the walls of the vein.

Preliminary reports establish that the flood is located at a depth of 30 meters, this is almost half of the access well called mine entrance.

“The incident accounts for structural conditions that caused events such as those of Pasta de Conchos in 2006 and that have not been reversed,” explained the Pasta de Conchos Family in a release in which he ordered the authorities to implement urgent measures to protect the life and integrity of workers in the region.

According to a statement from the STPS, the work center in question had been operating since January, however, as of today it does not have built walls, so it is considered “a death trap and not a coal mine.” according to the human rights defender, Cristina Auerbach.

The mine consists of three interconnected 65 meter holes. The collapse occurred when the water of an underground river rose 35 meters causing the well to collapse.

📍 [1/5] Today’s incident in the coal mine in the municipality of Sabinas, Coahuila shows that the structural conditions that caused the events of #PastaDeConchos in 2006 they have not been reversed.

The federal authorities have not released the name of the company that owns it, and even the Mexican Institute of Social Security (IMSS), preferred to identify the victims and omit the name of the employer who, however, was located as Régulo Zapata Jaime.

However, the IMSS reported that it has an employer registry and is up to date with the payment of its obligations.

Only from the first report of the State Civil Protection, it is known that it is a company owned by Zapata Jaime, in whose name, in fact, the coal concession is registered, according to the Public Registry of Mining, consulted by the reporter.

Zapata Jaime is the owner of the Infraestructura Minera Catamaco company, as well as Minera Magenta, and like most of the mine and well owners, he has actively participated in the political life of the region.

The Zapata Jaime companies have just obtained a contract with the CFE for more than 50 million pesos, according to the database integrated by The Coahuilense on the recent contractual assignments of the aforementioned State Productive Company.

Régulo Zapata is a name of local ancestry, since the grandfather, whose second surname was Múzquiz, held the Municipal Presidency of Sabinas from 1981 to 1984; From 1999 to 2022, his namesake son, whose second surname is Jaime, held that position, and from 2005 to 2009, it was held by his wife, Carolina Morales Iribarren, who was mayor and later a local deputy for the Citizen Movement .

Régulo Zapata Morales, son of Zapata Jaime and Morales Iribarren, appears in the public registry of commerce with the company Benefits Carboneros AJ, SA de CV Meanwhile, Álvaro Jaime, the former’s nephew, provoked a social conflict in the community of Agujita for to open tunnels in the proximity of residential areas, by the way, in a mining farm concessioned to the current Morenoite senator, Armando Guadiana Tijerina.

The Zapata Jaime family has been favored by contracting to power the “Carbón II” and “Plutarco Elías Calles” coal-fired power plants, located in Nava Coahuila, for years, as has almost the entire political group linked to the former director of Pemex and former governor of Coahuila, Rogelio Montemayor Seguy, himself and his brothers, with concessions for coal mining.

⭕️ Authorities report on coal mine accident in the Municipality of Sabinas, Coahuila.

Although the contracts to the Régulo Zapata companies were assigned last month, today’s incident made it clear that the safety conditions and work centers were not verified, an inspection necessary to access the assignments with the CFE due to the accident rate of cabronera extraction.

THIS CONTENT IS PUBLISHED BY HOWEVER WITH THE EXPRESS AUTHORIZATION OF EL COAHUILENSE. SEE ORIGINAL HERE. ITS REPRODUCTION IS PROHIBITED. 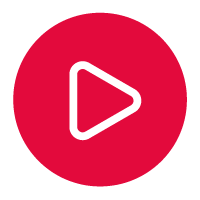