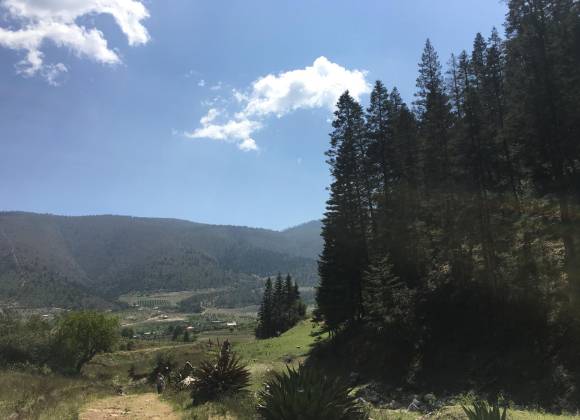 They present a plan for a ‘mini city’ in the mountains, in the limits of Arteaga and Nuevo León; It will have 7,000 homes and a stadium

The Bosco Arquitectos office published this weekend on social networks the “Urban Master Plan”a 700-hectare complex with 7,000 homes, an urban center, lakes and equipment in green areas for golf courses and parks for children, as well as lakes and a stadium, within the mountainous area on the limits of Nuevo Leon and Arteaga.

Given the publication on social networks by the architects’ office, the municipal authorities of Arteaga are unaware of the intentions of any individual to build this project in the middle of the mountains.

In said complex, which would have a territorial extension of 700 hectares, there would be -according to what was indicated in the publication- a lake and room houses. “Urban Master Plan for 700 hectares, between Saltillo and Monterrey, near Arteaga. With 7 thousand homes; Urban center; lakes; Equipments; Green areas; Golf and Rivers”.

However, the mayor’s office Ramiro Duran He ruled out that they are aware of any request or that any type of permit has been authorized for the construction of a project of such magnitude.

However, the Municipality of Arteaga He mentioned that if there is a request before the Department of Urban Development (without confirming that it is so), it would be necessary to evaluate the viability, permits, use of water and the environmental impact statement, in order to determine whether it would proceed or not.

IT MAY INTEREST YOU: ‘They are going to destroy what we have left’; citizens reject the ‘mini city’ plan in Arteaga

On the other hand, developers in the area, such as the Terra Serena complex, ruled out having any relationship with this project.

This would not be the first project presented by Bosco Arquitectos at the Southeast Region of CoahuilaWell, approximately four months ago, they published a video and stories on Instagram, where they refer to the construction of a hotel with luxury finishes, as well as a vineyard in Saltillo entitled: “Contradanza Winery Saltillo”, although they do not specify if It would be the same project recently announced.

Before the publication of the development in the mountains, users of social networks questioned the ecological impact that this Urban Center could have on the forests of the Southeast Region of the State, since they compare it with the dimensions of deforestation that the forest fire in Santa Rosa recently left. , on the Sierra de Zapaliname.

Likewise, users stressed that a project of such magnitude will consume enormous amounts of water, which would be impossible considering the drought situation that Nuevo León is going through and the alert in Coahuila.

Previous Some lab technicians refuse to take samples for monkeypox
Next Formosa: strengthen work in mental health and transfusion medicine