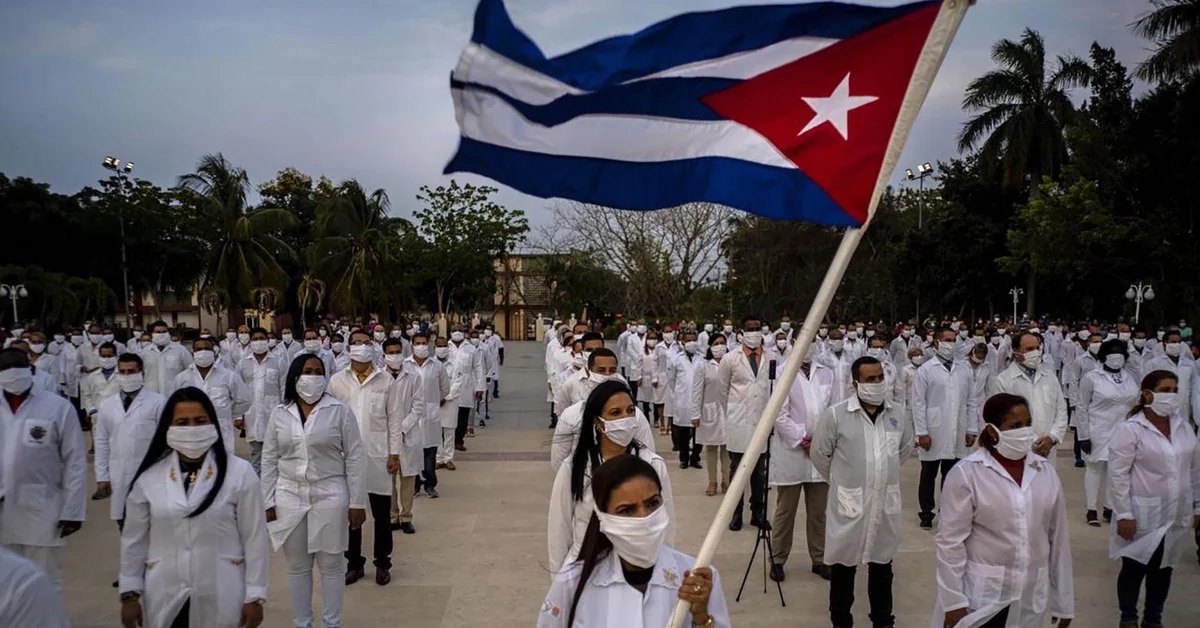 More than one million euros per month, AMLO’s payment to the Díaz-Canel dictatorship for the presence of Cuban doctors in Mexico 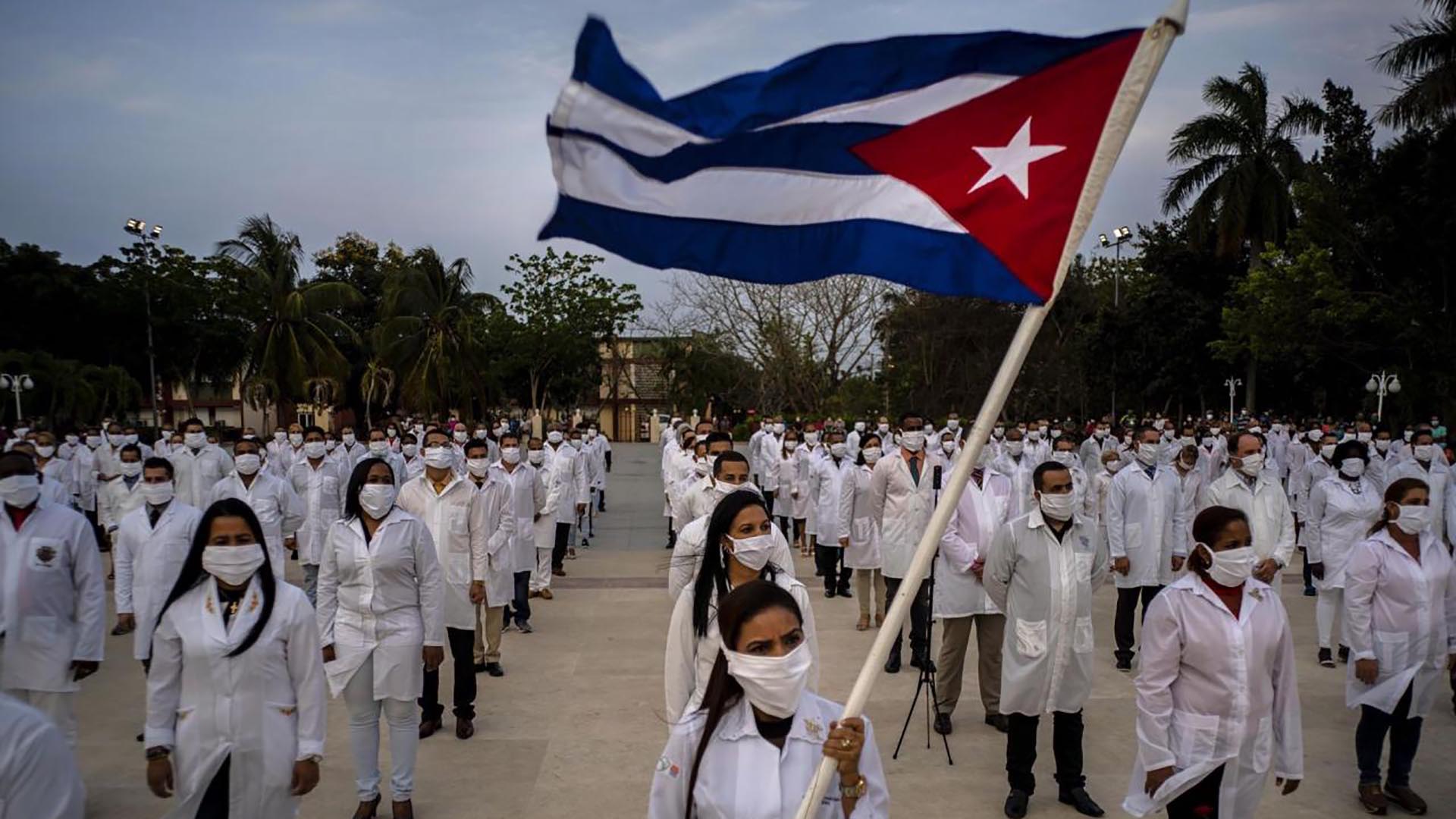 Since last May 9, when the president Andres Manuel Lopez Obrador (AMLO) announced that around 500 Cuban doctors would arrive in Mexico to relieve the Existing “deficit” of Mexican doctorss and which would be taken to the most remote communities in the country where there is no medical care; A strong controversy has been generated by the conditions in which the doctors from the Caribbean island would come.

the journalist Lourdes Mendozain his column published in The financialrevealed to have copy of the agreement between the government of AMLO and that of Miguel Diaz-Canel in which the administration of the Tabasco politician agrees to pay the Marketer of Cuban Medical Services SA, one million euros per month for the “services” of the doctors of that country in Mexico.

According to the journalist, in total there will be 610 doctors who will cover a part of the 5,329 medical vacancies that were not claimed by Mexican health professionals in highly marginalized areas of the national territory.

Journalist Lourdes Mendoza announced the collaboration agreement between the AMLO government and the Díaz-Canel regime for the services of more than 600 Cuban doctors. (Photo: courtesy Lourdes Mendoza)

The agreement, in its eighth clause that refers to the amount of the considerationpoints out that, “as part of the cooperation, The IMSS will grant as consideration to the CSMC, SA, a monthly amount of up to 1,177,300.00 (one million one hundred seventy-seven thousand three hundred 00/100 euros) calculated at the fixed exchange rate of 20.7 pesos for each eurowhich correspond to the effective participation of up to 600 health professionals”.

The communicator specified that payments will be made to an account of CSMC, SA, by bank transfer to an account of Banco Internacional de Comercio, SA, with address at Inmobiliaria Monte Barreto, Jerusalem building, ground floor, 3rd avenue, e/78 and 80, Miramar, Playa, Havana, Cuba.

When converting from euros to pesos, the Mexican government would be paying around 39 thousand pesos per month for each Cuban doctor. However, the money would not be received by them, but by the Díaz-Canel regime. And it is that -said the journalist- “the evil tongues” assure that the company only pays 100 dollars to the doctors.

Every morning in your email: subscribe to the Infobae Mexico newsletter 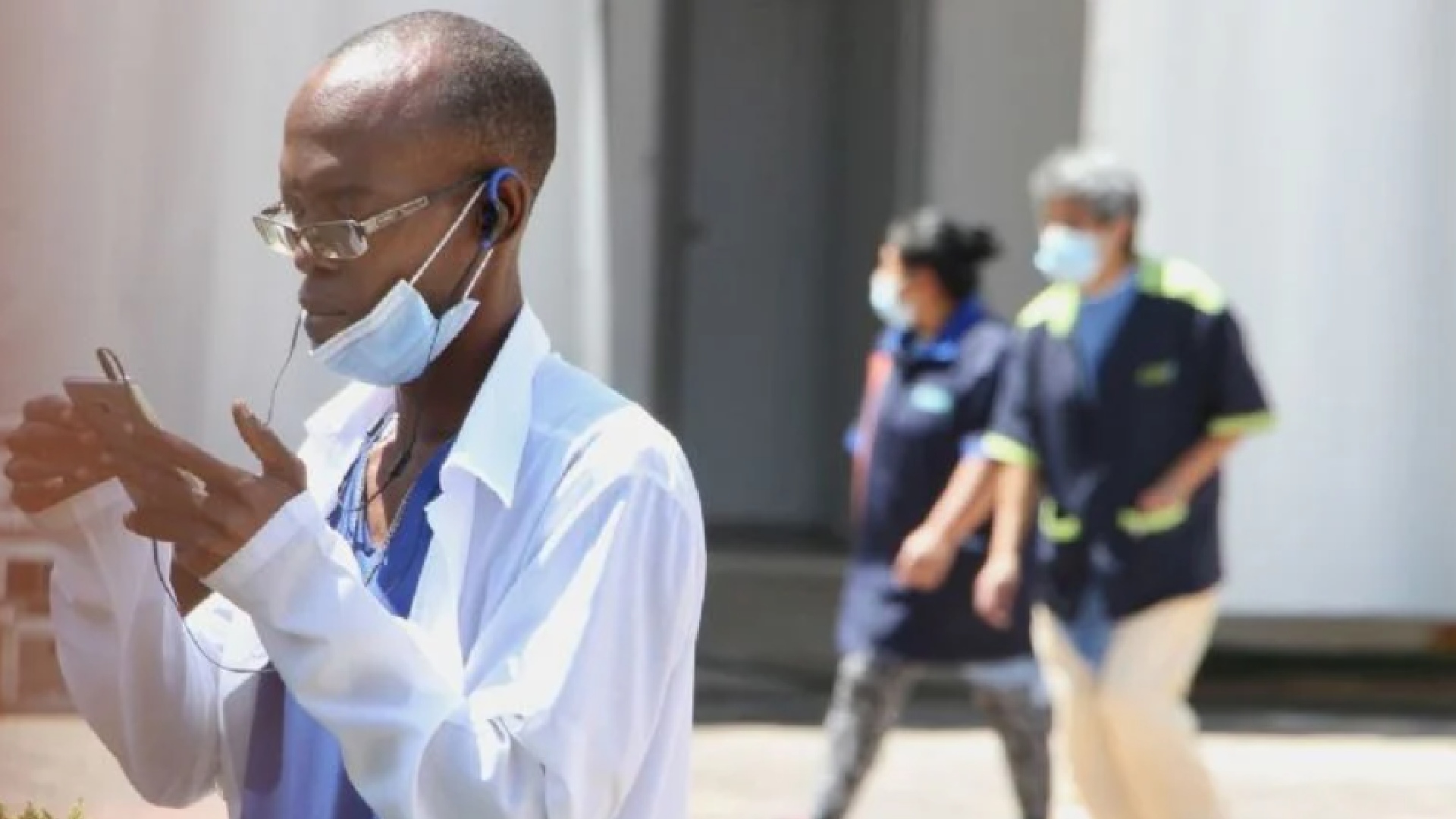 The communicator highlighted that the agreement signed by the director of the IMSS, Zoé Robledo, specifies working conditions and even the requirements for professional credentials to be revalidated of the Caribbean doctors -whose specialties are unknown- before the competent Mexican authorities.

“Only those doctors and medical specialists who have revalidation of training studies by the Ministry of Public Education of the government of Mexico and the corresponding professional licenses will be able to participate effectively.”

Also, the agreement imposes eight-hour days, in two shifts from Monday to Friday and alternate night shifts with three evenings a week.

According to the service evaluationthe journalist assured that the Ministry of Health, headed by Jorge Alcocer, will be in charge of measuring the results of cooperation, based on patient satisfaction and the qualification of medical practice. 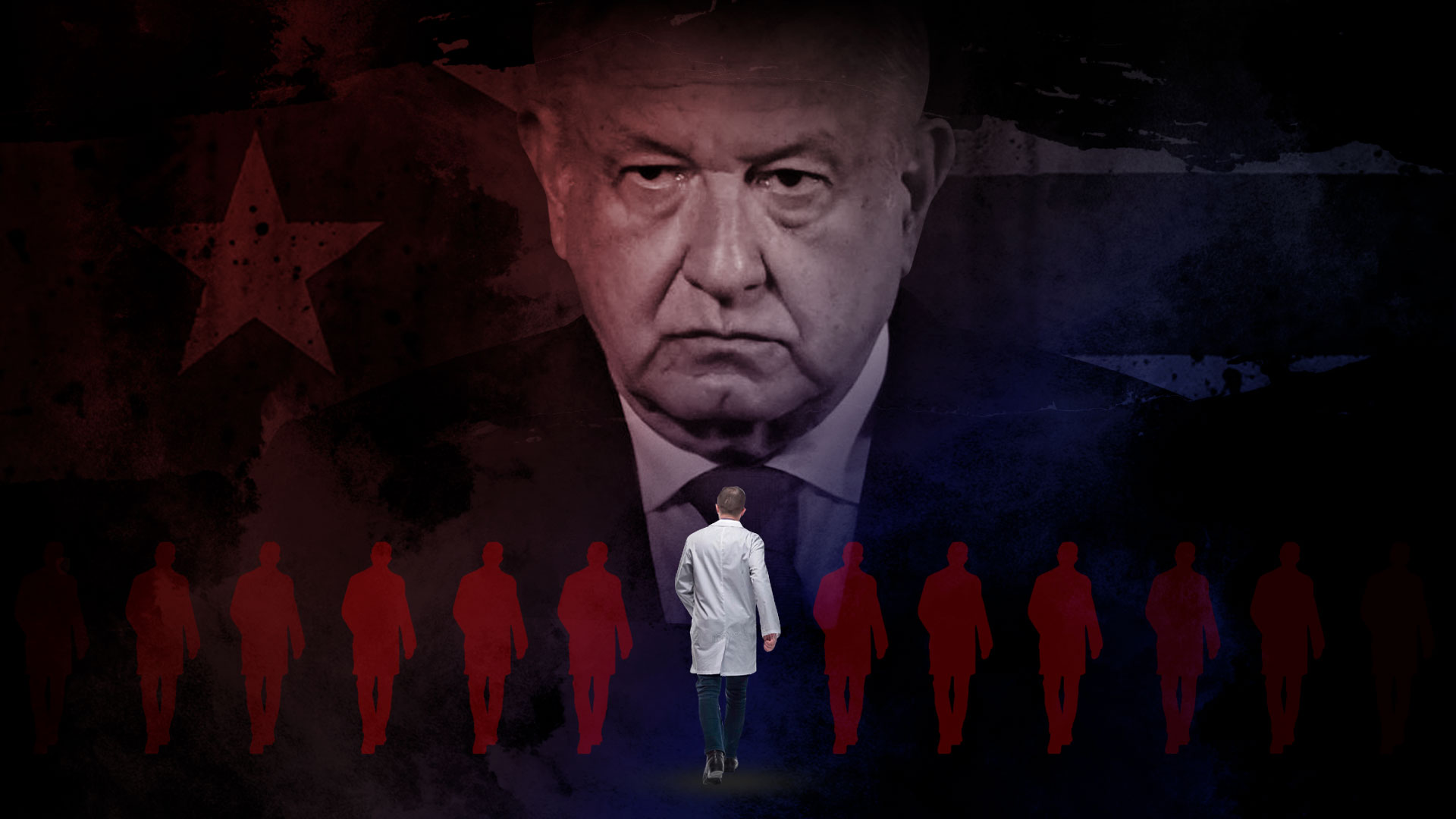 On July 27, days after the arrival of the first contingent of Cuban doctors in Mexico, President Andrés Manuel López Obrador assured that the doctors of the island will earn the same as the nationals.

“They will earn the same as Mexican doctors earn and they will have the protection that we Mexicans have; We all have to protect them, whether they are Mexicans or foreigners, and it is very helpful because we need general practitioners and specialists,” he asserted in his morning conference on July 27.

He indicated that workers who have been working for five, ten or fifteen years in the health system in a state are concerned about whether their seniority, their salaries, will be respected, but “all that has been resolved and basification gives them a lot of confidence.” , tranquility. No one will be fired”, he remarked.

And I add: “The purpose is to have all doctorsbecause this implies having them all the time, all shifts, weekendsThat is why we are talking about an exemplary health model. It is my commitment, it is the commitment of the government that I represent and the people are helping us,” he said. 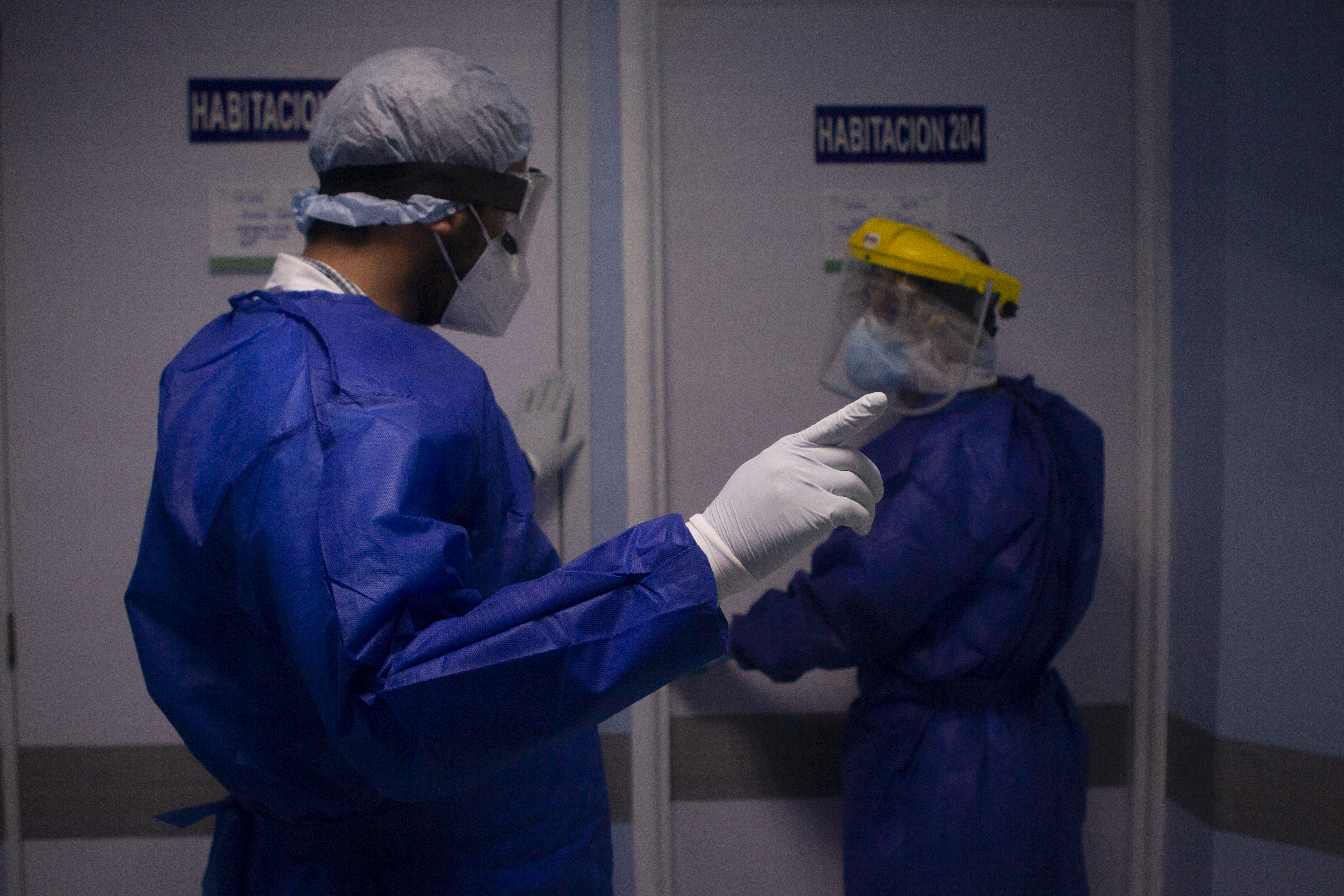 According to National Institute of Statistics and Geography (Inegi)in 2021 the average payment per hour worked was 122 pesos. Depending on the level of education, Doctors with a bachelor’s degree received a monthly average of 17,422 pesos; with master’s degree 21 thousand 41 pesos Y doctorate 26 thousand 695 pesos per month.

The Institute explained that the salary differs with the type of economic unit in which they work and position at work: monthly income last year was 20 thousand 263 pesos in private companies, of 18 thousand 675 pesos in public health institutions and 14 thousand 114 pesos for those who presented their medical services informally.

Cuban doctors will have the same salary and protection as Mexicans: AMLO
Cuban medical missions: the story of Oswaldo Tamayo and how he managed to escape from the slavery of the dictatorship
This was the secret meetings of Jared Kushner, Trump’s son-in-law, with Luis Videgaray and Peña Nieto