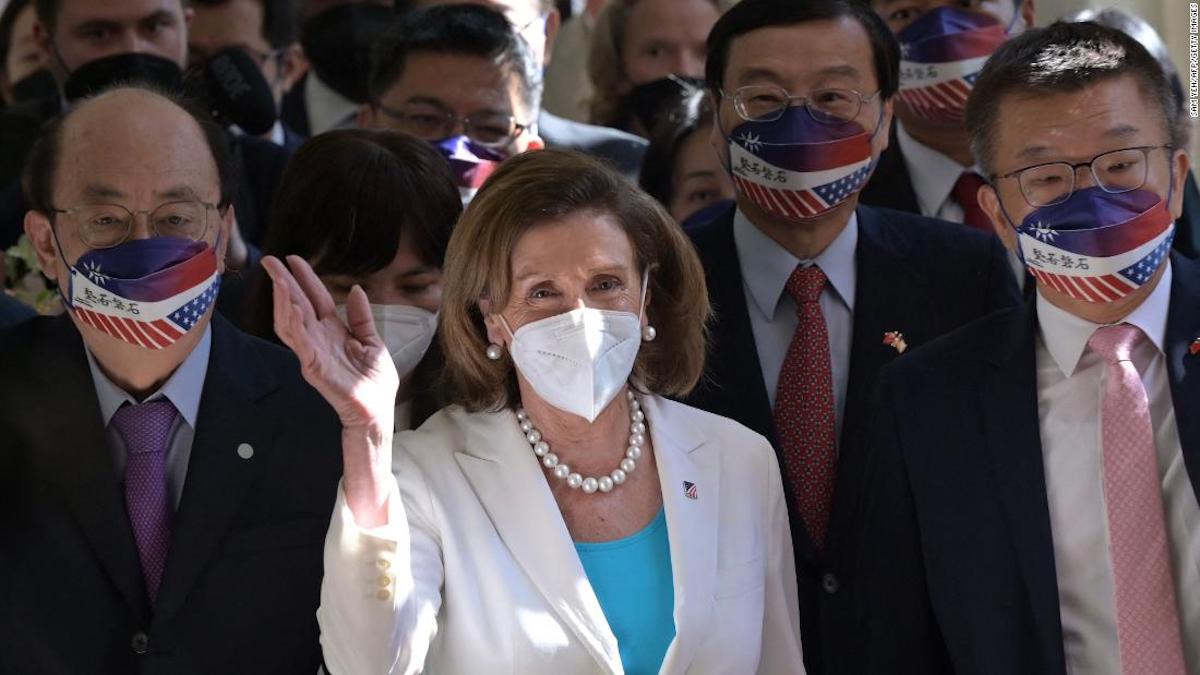 It would not be the US that would pay the price for China’s anger at Pelosi. Biden signs a new decree aimed at safeguarding access to abortion. These are the top 10 cities in Ukraine that have been occupied by Russia. This is what you need to know to start the day. Truth first.

Pelosi’s defiance of China’s warnings not to visit the island may have aggravated turbulent US-China relations, but analysts say the side likely to end up feeling the brunt of pressure from Beijing is not the United States, but Taiwan.

2. Another journalist is murdered in Mexico and there are 13 so far this year

A journalist was killed Tuesday night in the state of Guanajuato, central Mexico. This is the 13th communicator killed in the country so far this year, according to a count by non-governmental organizations such as Article 19, Reporters Without Borders (RSF), the Committee to Protect Journalists (CPJ) and a CNN follow-up.

3. These are the top 10 cities in Ukraine that have been occupied by Russia

For the inhabitants of these 10 Ukrainian cities, life changed radically after the Russian invasion on February 24: many of their buildings were destroyed or damaged during the fighting, access to goods and services has become an odyssey and where waving flag of Ukraine now flames the white, blue and red of Russia.

4. How is the experimental treatment Tecovirimat (Tpoxx) against monkeypox?

Cases of monkeypox are on the rise around the world. There are four treatments available (all experimental), but the most striking is Tecovirimat. The US Food and Drug Administration (FDA) has not approved any specific therapies for the treatment of monkeypox. However, the CDC made the antiviral drug Tecovirimat available during the current outbreak.

5. Complaint against Castillo and resignation of minister

The former Secretary General of the Presidential Office of Peru, Arnulfo Bruno Pacheco, declared before the Justice that he gave 30,000 soles (US$ 8,000) to President Pedro Castillo from a businessman in exchange for including a person on the board of directors of the state-owned company Petroperú, according to two sources from the Prosecutor’s Office of that country. The president of the Council of Ministers of Peru, Aníbal Torres Vásquez, abruptly resigned becoming the fourth prime minister to leave office in the last year.

Why are they investigating the president of Peru? 6:46

Whether your approach to life support is planning every detail or improvising at the last moment, chances are you You have fallen into the trap of procrastination.

Lewinsky, the former White House intern who was embroiled in a sex scandal with then-President Bill Clinton in the 1990s, tweeted the news that Beyoncé had removed a derogatory term from the song “Heated.” of his new album “Renaissance” with a suggestion.

Warner Bros. will no longer release the movie “Batgirl”

Warner Bros announced that the “Batgirl” movie, which was to bring the DC Comics character to the big screen, will no longer be released. Why?

A team of explorers discovered a treasure trove of artifacts from a Spanish galleon that sunk 350 years ago, including coins, stones precious and priceless jewels that once belonged to sailor gentlemen.

Spanish galleon treasures are discovered in the Bahamas 1:01

The Miami City Commission has approved a plan to relocate the homeless to the exclusive island of Virginia Key. The measure has been highly criticized by some sectors who question whether it is a solution to deal with the problem of homeless people and they oppose the chosen place being used for that.

The number of the day

Effects of Tonga volcano eruption expected to last for years 1:29

quote of the day

“The health and lives of women are at stake”

President Joe Biden signed an executive order Wednesday to help ensure access to abortion in light of the Supreme Court’s decision earlier this year. summer to eliminate the constitutional right to procedure.

Biden signs an executive order to preserve the right to abortion in the US. 1:44

Chilean authorities are investigating a mysterious giant sinkhole that appeared on land operated by a mining company in the city of Tierra Amarilla. No injuries or damage inside the mine have been reported so far.

Mysterious giant sinkhole appears above a mine in Chile 0:55