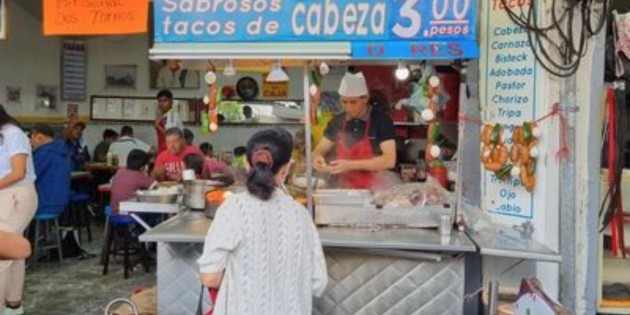 Inflation: The cheapest tacos in Guadalajara rise in price

They are located in the San Juan de Dios Marketare famous for their cost, but because of the rise in the price of meat and tortilla they had to increase them.

“They told us what happened? That overnight, but we had to do it,” shared one of the workers at the site.

Nevertheless, customers continue to consume despite the increase.

For example, Miguel Ibarra, who works in the area and has been going to the place every one or two weeks for the past seven years, pointed out that “It’s fine, because everything is very expensive, the meat goes up, it’s fine”.

Mario Navarro, who goes with his family once or twice a week, agreed.

“As you wish, it is acceptable. I was not very surprised, in fact I was more surprised that they were so cheap. It seems to me that they are still cheap and according to inflation,” he added.

According to data from the National Institute of Statistics and Geography (INEGI) to the cut of June, the annual inflation of the taquerias, luncheonettes, inns and torterías is 11%.

Meat, for example, has had 15 consecutive months on the rise. In one year, it rose 19%. While tortillas had another increase at the beginning of the year.

But supplements also rose, such as onions, which increased 72 percent.