Impact on the NFL: Lewis Hamilton became the new owner of the Denver Broncos 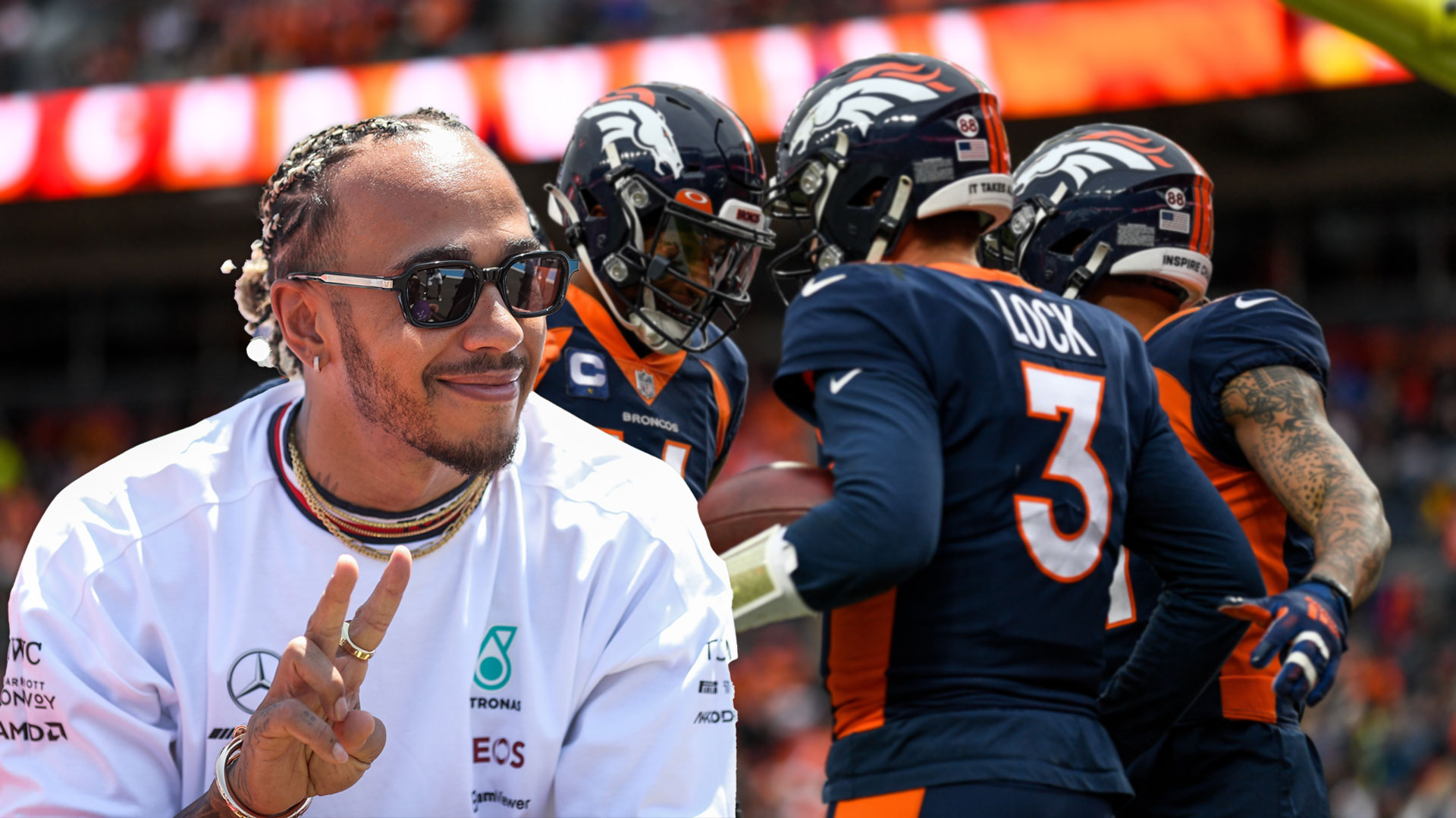 One of the great athletes in the world joins as a partner of one of the franchises with the longest tradition in the NFL. The seven-time Formula 1 champion Lewis Hamilton became the new owner of the Denver Broncoswhich recently fell into the hands of the group led by billionaire Rob Walton.

This was reported by the team through a statement on its different platforms. “We are delighted to welcome seven-time Formula One World Champion Sir Lewis Hamilton to our ownership group. He is a champion competitor who knows what it takes to lead a winning team.”said Walton, who is also one of the heads of the Walmart group in the United States.

“With over 100 race wins, Lewis is considered the most successful F1 driver of all time. His spirit of resilience and his status of excellence will be an asset to the Broncos organization.”, added the report released by the Broncos.

According to the US press, the transfer of ownership of the Denver team to the Walton-Penner group will become official next Tuesday in Minneapolis. Since the signing of a purchase agreement for about 4.65 billion dollarshave already joined as limited shareholders one of the most renowned athletes in the world such as Hamilton himself, diplomat Condoleezza Rice, and businesswoman Mellody Hobson. 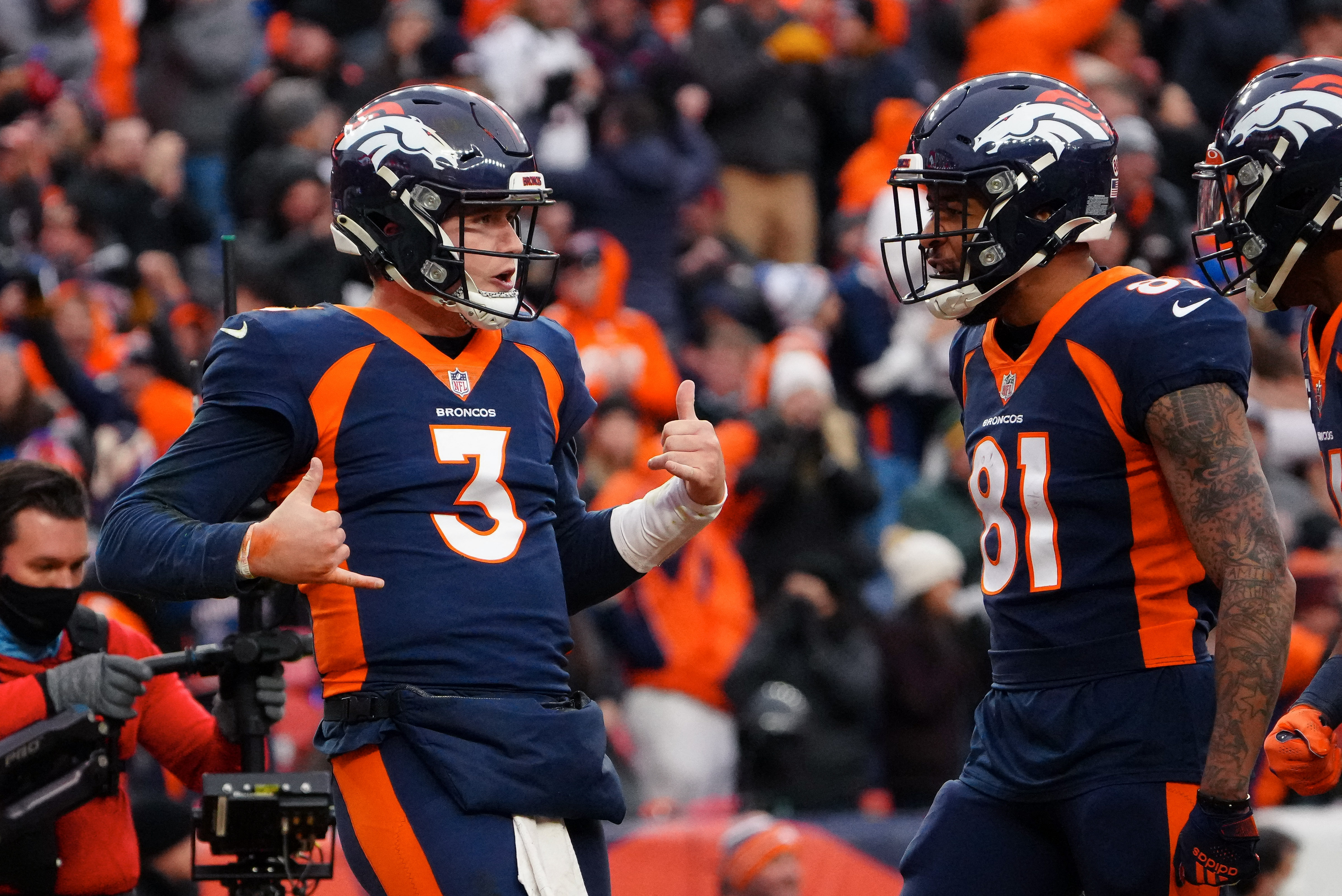 In this way, the Denver Broncos will have different influential personalities that come from fields such as society, economy and sports, in a clear sign of having characters that can generate a major impact with their incorporation into the ownership group.

The franchise, whose president is John Elwaywho knew how to be a transcendental quarterback for several decades, was founded in the early 1960s and has as great statistical achievements having most points and touchdowns in a single season (2013–14) in the entire history of the NFL, with 606 (the only one to exceed 600) and 76, respectively. In addition, they won fifteen division titles (another record in the best American football league in the world), eight AFC championships and participated in eight editions of the Super Bowl, of which they won three times (XXXII, XXXIII and 50).

The team plays local Empower Field at Mile High, which has a capacity for more than 76 thousand spectators, and in 2013 reforms were made for an amount close to 30 million US dollars. Over time, they forged rivalries with other NFL franchises such as the Cleveland Browns, Pittsburgh Steelers, and New England Patriots.

You have to remember that a few months ago, Hamilton had already shown his intention to join the purchase of Chelsea, one of the great teams in the Premier League. After the abrupt departure of the Russian tycoon Roman Abramovich. Hamilton said it would be a “dream” to be a part of “something great” in the Blues. As he reported Sky Sports Last April, the seven-time F1 champion along with Serena Williams were to contribute about 20 million pounds to support Martin Broughton’s candidacy.

“Sir Martin (Broughton) took the time to talk to me on the phone and explain his and his team’s goals if they were to win the bid, which was incredibly exciting and very much in line with my values,” said Hamilton. 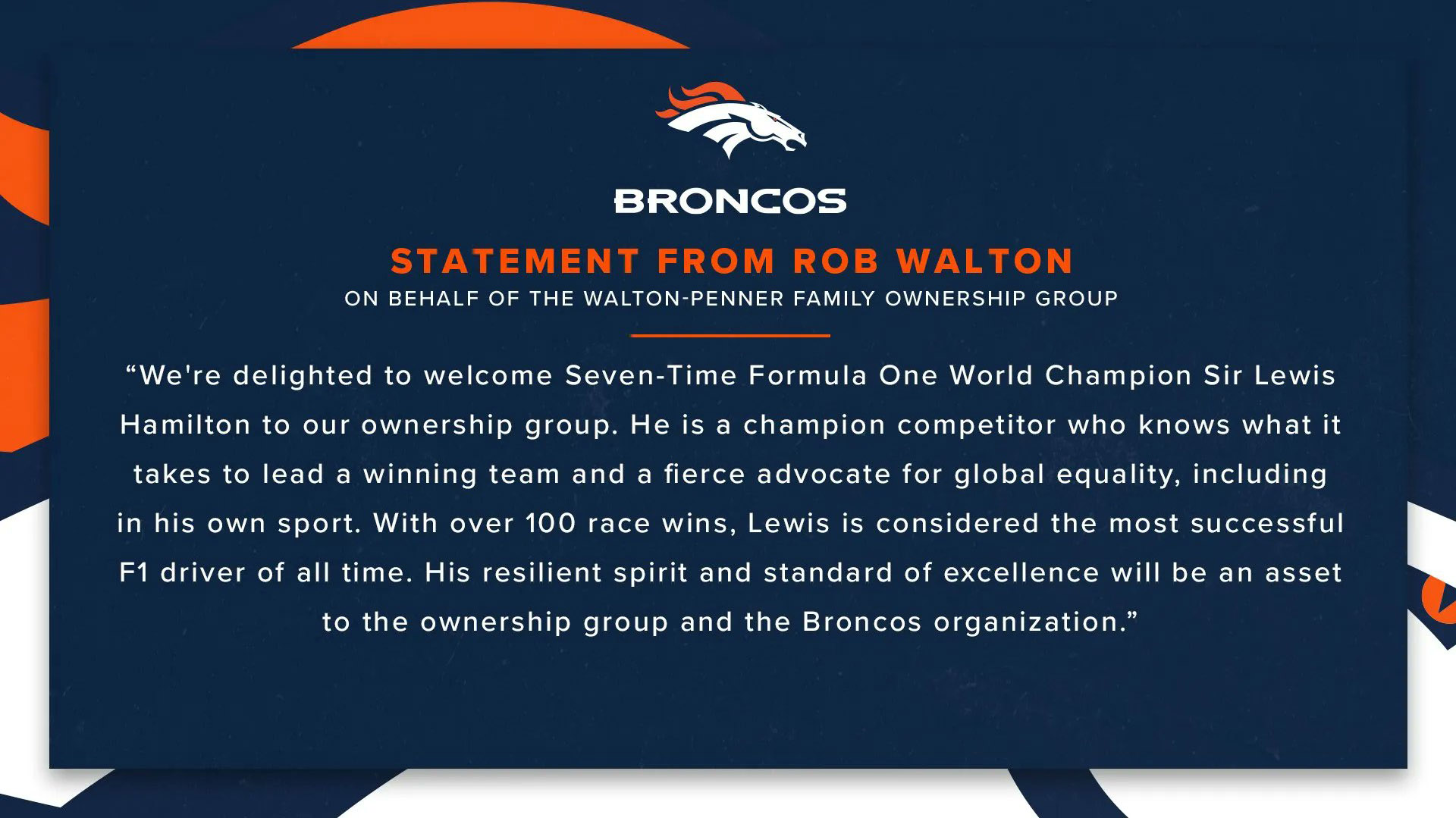 The statement of the Denver Broncos on the arrival of Hamilton

Outrage in the MMA world for a brutal unsportsmanlike action: he knocked out his rival and finished him off with a kick to the face
Capoeira classes and pushing a Porsche: Djokovic’s unconventional training ahead of the US Open

Previous Microsoft came on top and officiated a royal funeral for the iPhone. Spoiler: it didn’t go well
Next Exchange of babies in IMSS of Torreón causes alarm of alleged theft