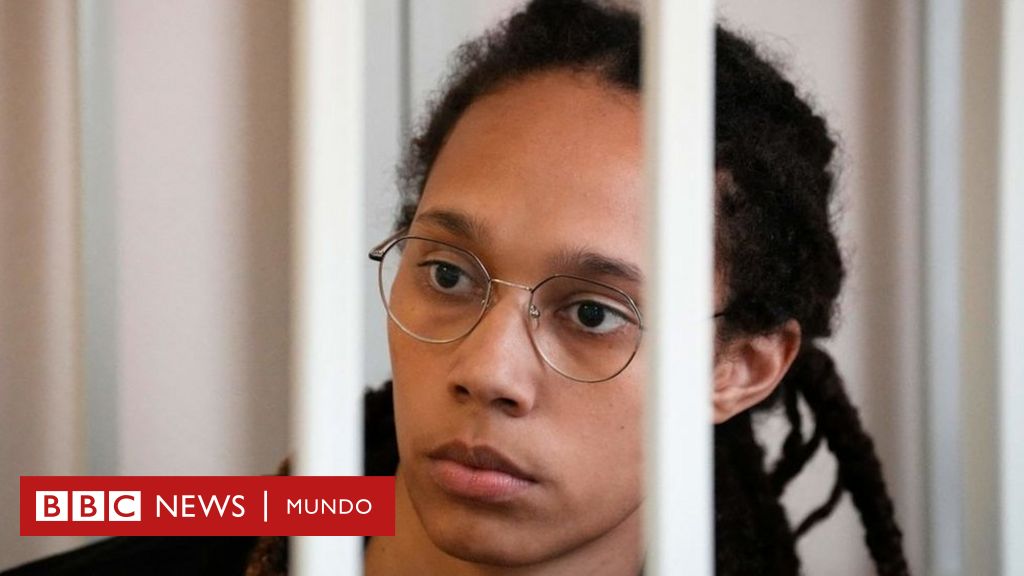 The arrest in Russia of basketball star and Olympic champion Brittney Griner has put a spotlight on US hostage diplomacy, a problem that normally lurks in the shadows.

He also encouraged families with loved ones in detention to make it more public.

Griner was arrested at a Moscow airport in February when vape cartridges containing cannabis oil, which is illegal in Russia, were found in his luggage.

Months later, the sports star pleaded guilty to drug-related charges, although he said he did not intend to break any laws.

The US claims it is “wrongfully detained”which in fact recognizes her as a pawn in a political game.

These cases are on the rise: the State Department does not say exactly how many, but they constitute “dozens” of the 64 hostages held by foreigners identified by activists.

That’s partly because the administration has improved how it classifies detainees, but also because “the numbers are going up,” said the president’s point man for hostage affairs, Ambassador Roger Carstens.

“Nations are interested in using people as political bargaining chips when they can’t get what they want any other way at the negotiating table,” he told the BBC.

In fact, President Joe Biden in July stated this threatens a national emergency and strengthened measures to deal with it. These include ordering the government to share more information with the families of detainees and authorizing sanctions on their captors.

But the decision to go public with a bid to secure Griner’s release was a rare, if not unprecedented, move.

The “substantial proposal” announced last week by Secretary of State Antony Blinken also included that of another American detained by Moscow, security consultant Paul Whelan, who is currently serving a sentence of 16 years after being convicted as an American spy in 2020.

This led to a phone call between Blinken and Russian Foreign Minister Sergei Lavrov for the first time since Russia invaded Ukraine.

The unusually public nature of Griner’s high-profile case has also strengthened the resolve of the families of other American captives to join forces to pressure the government.

“One’s voice is easily lost,” said Everett Rutherford, uncle of Matthew Heath, a US Navy veteran who was imprisoned in Venezuela on charges of terrorism and arms trafficking in 2020. “The voice of many is not so easily dismissed,” he added.

Members of Heath’s family are part of a newly formed campaign – “Bring Our Families Home” – that has just put up a mural of detained relatives in an upscale Washington DC neighborhood to highlight their plight.

Some were present at its opening to tell their harrowing stories.

“My son is not going to survive if our government doesn’t bring him home,” Heath’s mother Connie Haynes said, her voice trembling. “I don’t know how much more he can take.”

Her son was put in a freezer for 24 hours, put in a box so small he could barely move and beaten so many times both his hands were broken, she said. He recently tried to take his own life.

Hannah Shargi told viewers that she often walked down that same alley with her father, Emad, an Iranian-American venture capitalist who has been held in Iran on espionage charges for four years.

“Now it’s here, huge,” he said, along with 17 others representing “87 years of collective detention.”

According to Shargi’s aunt, Neda (who writes her last name as Sharghi), the families of the hostages decided to organize after a successful prisoner swap with Russia for a former US marine, carried out two months after Griner’s arrest.

They believed that direct White House involvement had played a role.

“Many of us have researched for years what are the best options to bring our loved ones home,” she said, and wants Biden to know they are “on the same team.”

Taking the case to the public in this way is a new tactic unlike in previous years, when families generally remained silent, warned by officials that this was the best way to support sensitive negotiations.

However, not all activists agree that a presidential meeting is necessary to achieve the release.

And the dilemmas of hostage diplomacy remain, such as finding the right balance between drawing too much attention to the cases or engaging too quietly, and wondering whether the exchanges simply encourage hostile powers to take more prisoners.

The Kremlin insists that the case against Griner has nothing to do with politics, but is clearly interested in a deal, which allegedly involves a convicted Russian arms dealer.

Blinken has emphasized that this negotiation is independent of the complicated US policy with Moscow on Ukraine, something that encouraged Sharghi.

“I think it gives my brother and the other hostages in Iran a chance,” he said. “That’s the only way we can get our Americans home.”

Rutherford said he believed his message was being heard. Making the offer of the athlete’s release public “instructs them that (Biden) is paying attention“Certainly Brittney Griner and Paul Whelan, but we also think of the rest of us,” he said.

When the mural was unveiled, Rutherford brought some good news: his nephew had managed to get through on the phone while the event was underway.

But it is the mural itself that speaks the most about the fear and despair that hide behind the solidarity and pleas to the president. Made of paper and flour-based glue, it is designed to break down.

“It’s just a reminder that time is not on our side,” Sharghi said. “We are losing days and days of our lives with our loved ones. And we have to move fast.”

Previous If MLS continues its path, it will surpass Mexico
Next Ariadne Díaz looks spectacular and fashionable with this dress that you can have for 300 pesos