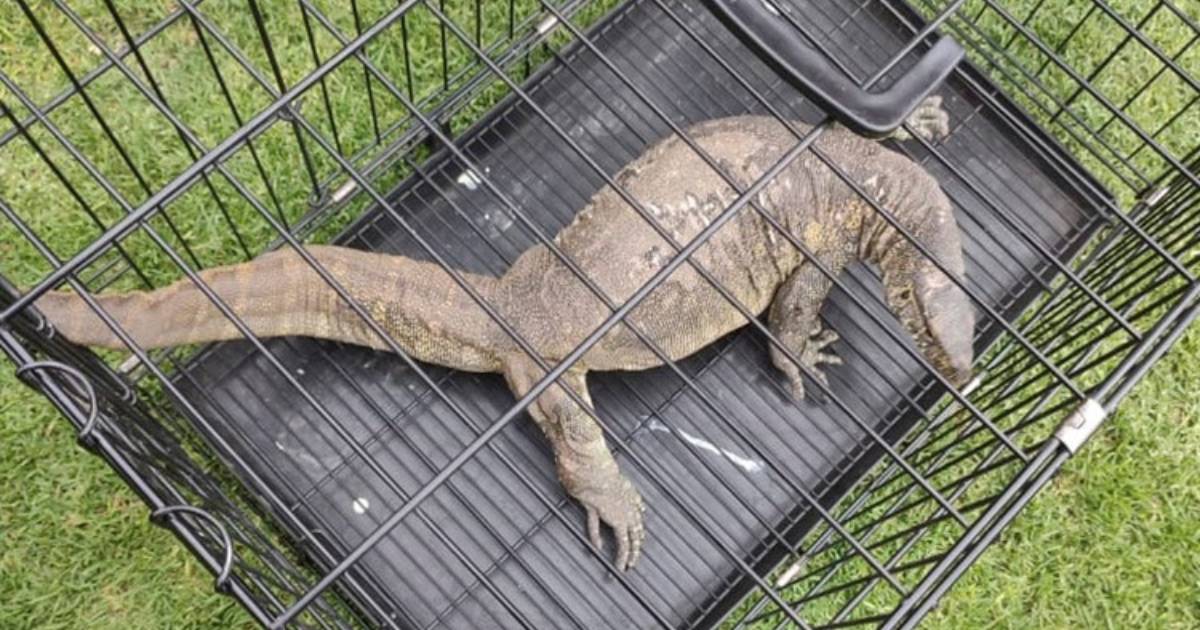 They report the presence of crocodiles in Xochimilco channels; SSC captures a monitor lizard

After residents of Xochimilco, in Mexico City, report the presence of a crocodile or caiman in the channels of the mayor’s officeelements of the Ministry of Citizen Security went to the area, where they captured a reptile of about one meter with 20 centimeters.

“Uniform members of the Animal Surveillance Brigade (BVA), of the Secretariat of Citizen Security (SSC) of Mexico City, guarded a monitor lizard that was wandering in the channels of the Xochimilco mayor’s office and transferred it to its facilities,” the agency reported. .

They report the presence of an alligator or crocodile reptile at the Cjon Chililico Pier #Xochimilco #CDMX ccp @XochimilcoAl pic.twitter.com/iQ0hmpb0Lv

The agency detailede after receiving reports of an animal on the mayor’s channelswent to Prolongación Josefa Ortiz de Domínguez street at its intersection with Chililico alley, in the La Santísima neighborhood, where residents located the animal.

“At the site, the specialists observed a reptile with scales, and by better analyzing its physical characteristics, they determined that it was an adult monitor lizard from the Nile, which measured approximately 120 centimeters in length”; he added.

The BVA added that the reptile was placed in a cage to be transferred immediately to its facilities located in the same town hall, where zootechnical veterinary doctors carried out the comprehensive assessment of the specimenwho will be kept under observation, and later, will be handed over to the corresponding authorities.

In response to various citizen reports, personnel from the Animal Surveillance Brigade of the #SSC sheltered a reptile, in @XochimilcoAl. https://t.co/MVykyzyLNj pic.twitter.com/xh6o5UsBms

Previous This is how the alleged Gol Cartel operates within Mexican soccer
Next The delicate moment of health that Jwan Yosef, husband of Ricky Martin, is going through