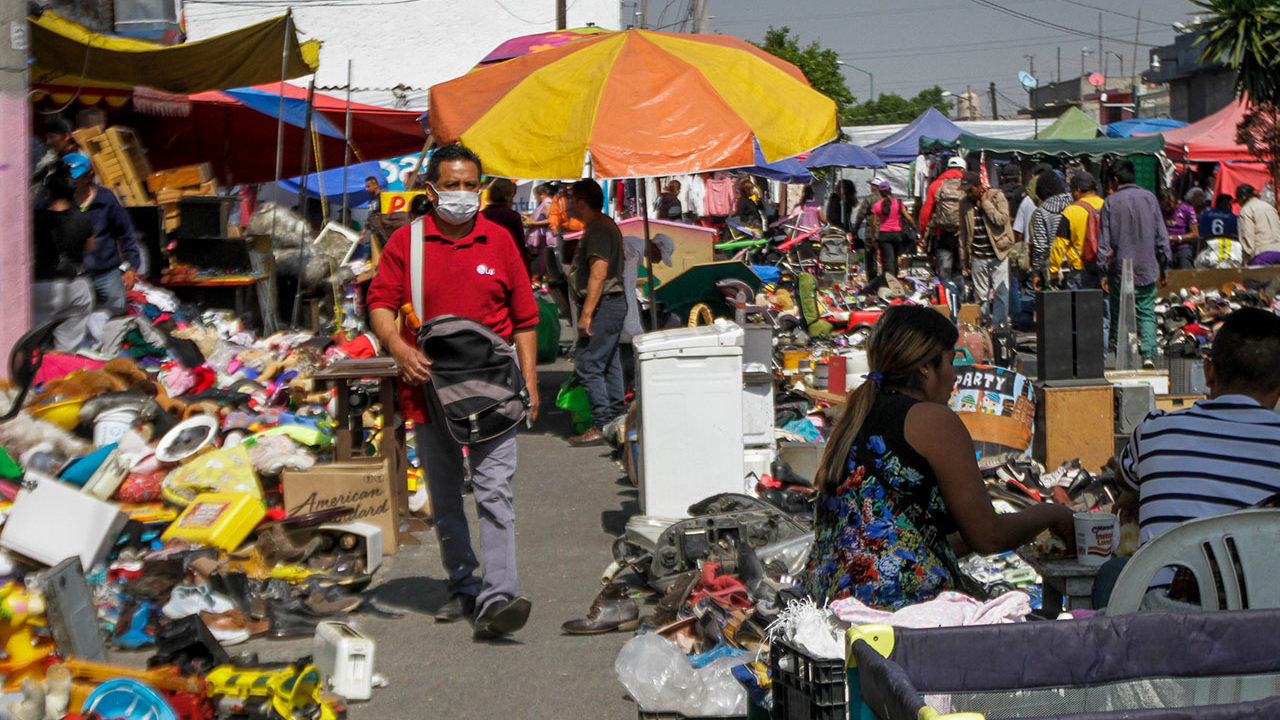 SAT will visit markets and flea markets to formalize vendors

The Tax Administration Service (SAT) agreed to visit markets and street markets to present the advantages of the formal regime, since the rate of informality in Mexico is of concern, reported Héctor Tejada Shaar, president of the Confederation of National Chambers of Commerce, Services and Tourism (Concanaco-Servytur).

The rise in the informality rate worries the Concanaco-Servytur México, which by law represents more than 4.5 million companies in the country, declared the businessman.

“We must further encourage formality, as the only way to grow in Mexico. We cannot allow it to be just a few Mexicans who support our country’s tax system,” said the representative of small businesses.

Lee: One out of every two analysts predicts that the business climate will worsen: Banxico

The manager recalled that the labor informality rate reached 55.8 percent of the employed population in June, 0.5 percentage points higher than that of the same period in 2021, according to the latest data from the National Institute of Statistics and Geography (Inegi).

The insertion of more and more companies in the formality is a priority for the Confederation of National Chambers of Commerce, Services and Tourism, for which it continues to apply positive actions through cooperation with organizations such as the SAT, said Tejada Shaar.

Formality is the only way to protect the rights of workers and consumers, facilitate access to financing and guarantee benefits such as access to housing loans, he said.

The Confederation, through its agreement with the SAT, undertakes the training of informal merchants in places such as tianguis and markets to publicize the advantages of formality and tools such as the Simplified Trust Regime, especially focused on small and medium-sized companies, he added. .

“The consequences of not encouraging informality are economic units with low wages, poor job stability, vulnerability of labor rights and practically no contribution to the tax system,” said Tejada Shaar.

The leading body considered, proposes and supports actions to create regulations on combating informality, seeking, for example, to eliminate two procedures for each new procedure generated, he concluded.