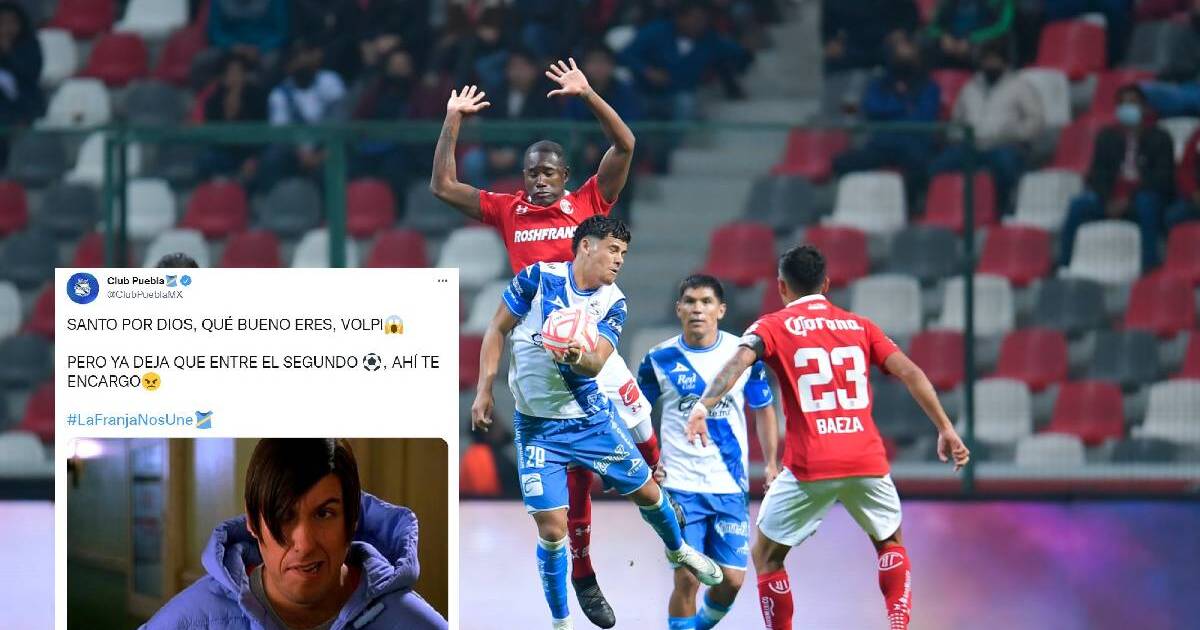 Result and goals Toluca vs Puebla

The Puebla could not maintain the advantage in the Nemesis Ten and divided points with the Tolucain a match corresponding to the Matchday 16 of Opening 2022. This duel had to be brought forward due to the tight schedule of the BBVA MX League for him Qatar World Cup 2022.

Although it was an entertaining duel, back and forth, in the territory of the Devilsthe Uncle Puebla He took the night on his social networks, because he did not miss one and, very much in his style, he was counting the minute by minute of the game.

The poblanos went to the front thanks to the goal of Omar Fernández at 17 minutes; Unfortunately for the Larcaboys they couldn’t maintain the advantage against the Devils, and Andrés Mosquera tied the game at minute 84, and our Uncle did not hesitate to express his frustration.

Jozy Altidore made his debut with Puebla

The bomb signing of the Strip finally made his debut and added his first minutes. The American came on in the 81st minute, but he could do little to avoid a draw against Toluca.

Incredible as it may seem, start the Matchday 16 of Opening 2022. The tight schedule of BBVA MX Leaguefor the atypical Qatar World Cup 2022had to advance duels and this Toluca vs Pueblais part of the penultimate date of the regular tournament.

This duel measures the third in the general table, the Devilsbefore the fifth, the Stripewhere both squads seek to return to the path of victory, after drawing last date against FC Juarez and the Athletic San Luisrespectively.

Gabriel Caballero without an ultimatum to continue in Mazatlan

After the injury of Fernando Aristeguieta forced the Larcaboys to look for a center forward who could make up for the absence of the Venezuelan. This is why they turned to the mlsand brought in former United States national team player, Jozy Altidore.

the player of the stars and stripesarrived as a bomb signing of the Pueblaand this Tuesday before the Toluca He could add his first minutes, since he is not in the starting lineup, but he is on the substitute bench.

Previous Amazon prepares for the great recession
Next In August 2022, the National Job Fair for young people; check days and venues