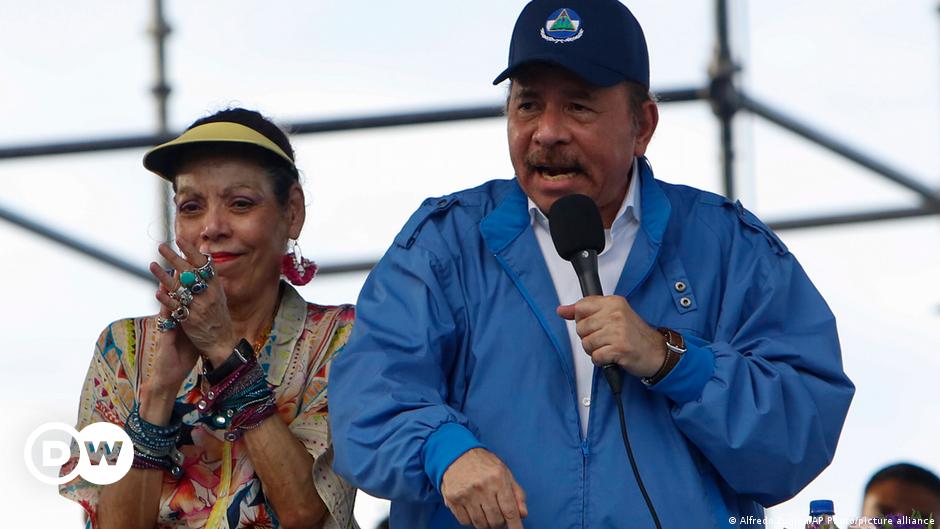 Ortega orders the closure of six Catholic stations in Nicaragua | The most important news and analysis in Latin America | D.W.

The government of Daniel Ortega ordered on Monday (08.01.2022) the closure of six radio stations of the Catholic Church in northern Nicaragua, one of which was violently occupied by riot police, according to religious authorities.

The diocese of Matagalpa denounced at night that police officers forcibly entered the Niño Jesús de Praga chapel in the municipality of Sébaco (north), in order to seize the equipment of a radio station closed hours before by the regime. of Ortega.

“At this time, the riot police (riot police) have entered the Niño Jesús de Praga chapel in (the municipality of) Sébaco and have already violated the second gate, moving to the vacant lot on the inside,” said the Matagalpa diocese. on his social networks, where he broadcasts the police occupation live with the parish’s surveillance cameras.

The chapel is located next to the house where the priest of the Divina Misericordia de Sébaco parish, Uriel Vallejos, who, according to the information, “is taking refuge in the Casa Cural” is staying.

The Matagalpa diocese, led by Bishop Rolando Álvarez, one of Ortega’s strongest critics, asked for prayers for the church and “the faithful of said parish (to) be attentive to any circumstance and the entire diocese at this time is very aware of this situation.”

For its part, the Nicaraguan Center for Human Rights (Cenidh) denounced on Twitter that the police fired tear gas and fired shots into the air when several people tried to approach the Sebaco parish house to support the priest Vallejos.

“We demand that the National Police stop shooting and tear gas against the Catholic people,” said Cenidh, noting that this entity must “protect Nicaraguans, not attack them.”

Ortega, through the Nicaraguan Institute of Telecommunications and Post Office (Telcor), ordered the closure of six Catholic stations -in the midst of friction between the Executive and the Catholic Church-, the Diocese of Matagalpa, which administers them, reported early.

Ortega, through Telcor, has also removed three Catholic channels from programming in the last three months.

Relations between the Sandinistas and the Nicaraguan Catholic Church have been marked by friction and mistrust in the last 43 years.

Ortega has branded as “terrorists” the Nicaraguan bishops who acted as mediators of a national dialogue with which a peaceful solution to the crisis that the country has been experiencing since April 2018 was sought. He has also described them as “coup plotters”, accused of be accomplices of internal forces and international groups that, in his opinion, act in Nicaragua to overthrow him.

Nicaragua has been experiencing a political and social crisis since April 2018, which has been accentuated after the controversial general elections on November 7, in which Ortega was re-elected without major competitors for a fifth term, fourth consecutive and second together with his wife. , Rosario Murillo, as vice president, after imprisoning all the opposition candidates.

Previous Goes for everything in another sport: Lewis Hamilton acquired a prestigious team
Next Horoscopes August 3: MHONI VIDENTE tells you what awaits your sign this WEDNESDAY