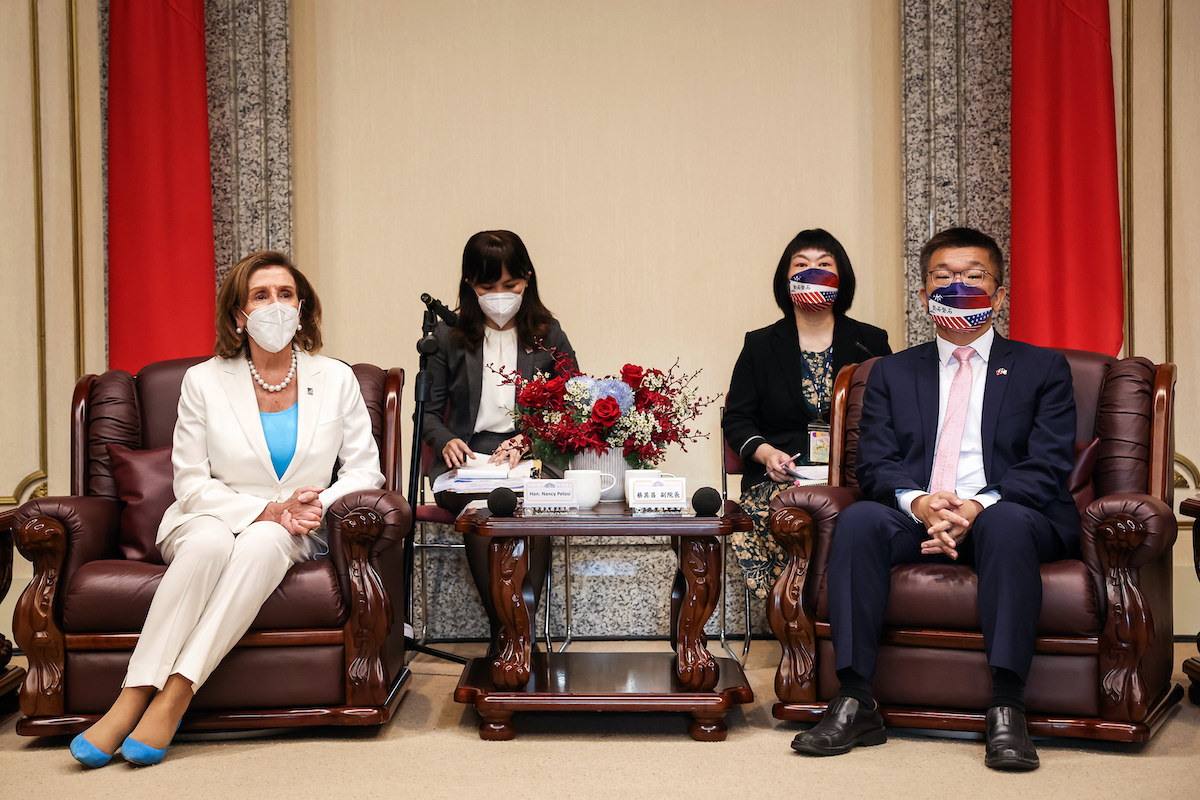 news and reactions from the US and China

In recent years, tensions between the United States and China, the world’s two main economic powers, have been growing and an island has become the recurring symbol of this rivalry: Taiwan.

Every gesture made by Washington towards Taipei regularly receives a reaction from Beijing, and this year there have been many: the most recent is the possible visit of the speaker of the US House of Representatives, Nancy Pelosi, to Taiwan.

China’s Foreign Ministry then promised to take “decisive and forceful measures” if they went ahead with the trip.

And meanwhile, Taiwan has started its annual Han Kuang military exercises, which are week-long and simulate an enemy invasion.

In May there had been another tense situation, when the president of the United States, Joe Biden, said that his country would respond militarily if China intervened in Taiwan, in the context that Russia’s invasion of Ukraine has generated concern in Taipei about a possible similar action by Beijing.

“We agree with the One China policy. We signed it and all the corresponding agreements were made from there, but the idea that it can be taken by force, just taken by force, is (just not) appropriate.” Biden said.

The tensions are simply a reminder of the decades-long hostility between the governments in Beijing and Taipei, with both sides historically claiming to be the rightful rulers of all of China’s territories, including Taiwan.

Here’s a look at this historic feud.

Taiwan’s official name, the Republic of China, dates back to its founding in 1911 after the collapse of China’s last imperial dynasty.

Under the rule of the Nationalist Party, or Kuomintang (KMT), led by Chiang Kai-shek, the Republic of China had to contend in the early 1930s and then during World War II with the advances of the Empire of Japan, as well as also to the growing power of the Chinese communists led by Mao Zedong.

In 1945, following the Japanese defeat, the ROC regained the island of Taiwan, which China had lost in a previous war with the Japanese. But four years later, in 1949, the Kuomintang was defeated in a bloody civil war on the mainland by the Communist Party army.

That same year Mao founded the People’s Republic of China, with its capital in Beijing.

About 1.2 million Chinese, mainly military, accompanied the Chiang Kai-Shek government in its exodus to Taiwan, according to estimates made by the Taiwan authorities, and after defeating a brief incursion by communist troops on the island. They managed to settle there.

Mao’s forces instead expanded their control into mainland China, and have since regarded Taiwan as a rogue province and an “unalienable party” that will eventually return to Beijing’s control.

Separated by a strait, opposing ideological positions and a historical conflict, the two Chinas – the People’s Republic of China and the Republic of China – have since coexisted amid tensions, despite sharing traditions, culture and a common language, the Mandarin Chinese.