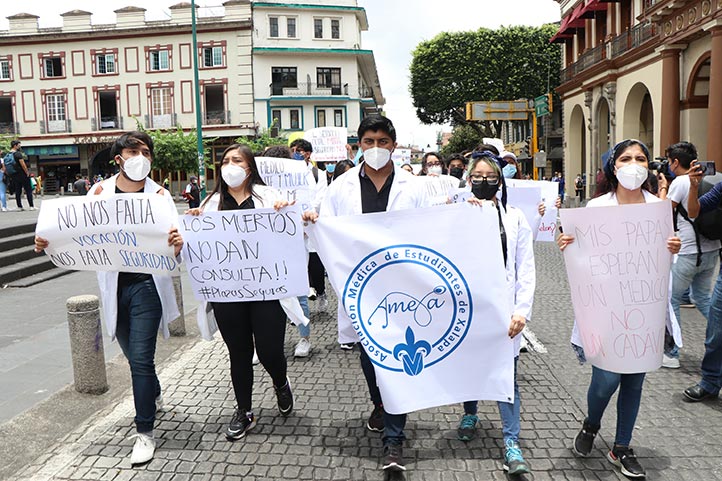 07/27/22 Xalapa, Ver.- A group of students from the Faculty of Medicine of the Universidad Veracruzana (UV) belonging to the Medical Association of Students of Xalapa (amexa), carried out a peaceful march asking the authorities for security conditions in the localities where they must carry out their social service.

The tour began outside the Health Sciences Unit, heading through the main avenues of the city towards the Government Palace, the contingent made up of about fifty young people demonstrated with banners and slogans to later read a list of petitions. 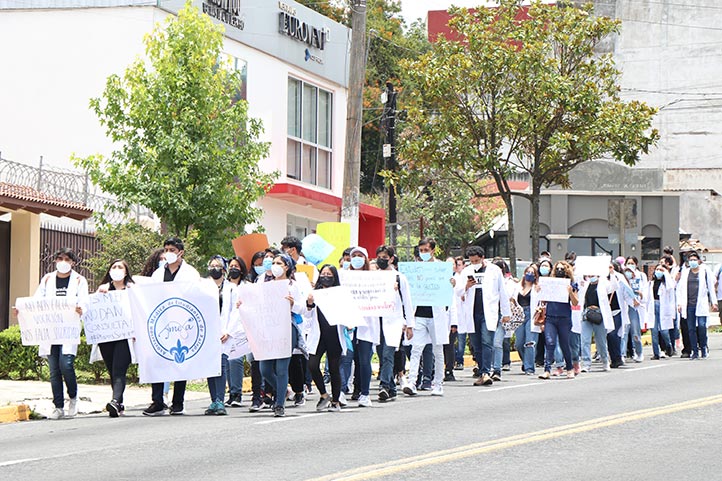 On their way to the center, the students demanded to improve security where they perform their social service

This march joined other student demonstrations held in several cities in the country, after a medical student from a private university in the state of Durango was murdered.

The university students denounced the lack of safe conditions in the places where the places for students in social service are located. 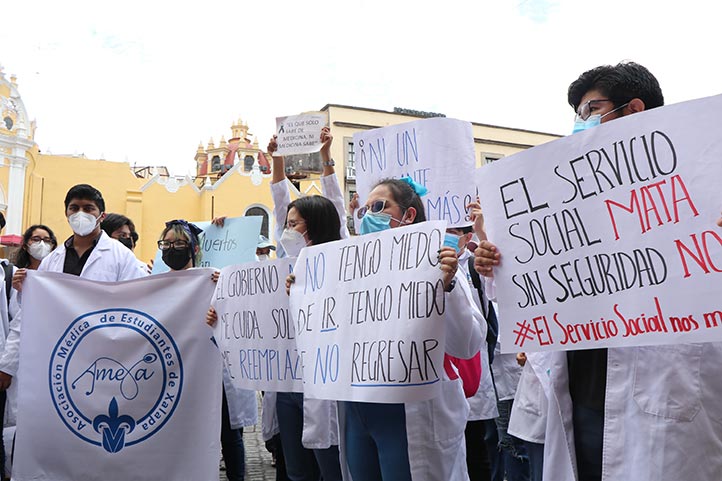 Likewise, the students remembered the students in social service as well as the doctors who have lost their lives carrying out their work in various parts of the country, for which a list was read with their names, the date and the place of death. his death: Miguel Trejo Varela, July 11, 2021 in Zacatecas, Zacatecas; Hiram Fuentes Aguilar, July 14 in Tapachula, Chiapas; María Fernanda Hernández Viera, August 11, 2021 in Tijuana, Baja California; Sergio Espejo Huasco, September 9, 2021 in Ciudad Juárez, Chihuahua; Octavio García Carrasco, July 22, 2020 in Aguascalientes, Aguascalientes; Massiel Mejía Medina, July 11, 2022 in San Juanito, Guerrero, and Eric Andrade Ramírez, July 15, 2022 in Pueblo Nuevo, Durango.

Subsequently, in the petition document, the request to withdraw type C and type CC social service positions was highlighted, those located in regions with high levels of insecurity, as well as the relocation of social service providers in type A and B positions. . 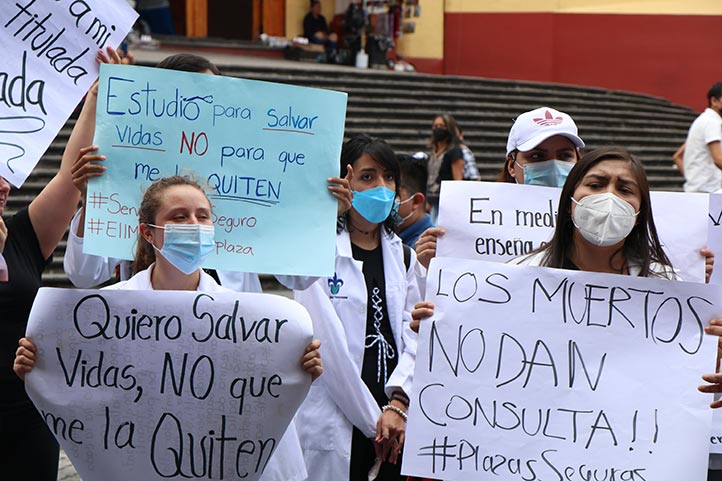 They also demanded the establishment of complaint mechanisms in the face of insecurity conditions and addressed the document to the corresponding authorities, asking on the one hand the universities to relocate their medical students in social service located in areas with high levels of insecurity and the government authorities a 100 percent increase in the amount granted as a scholarship for social service providers.

They demanded the creation of a care protocol for students in social service in accordance with the Official Mexican Standard (NOM) 009-SSA-2013.

They also demanded the review, updating and modification of the aforementioned NOM, as well as supervising its compliance and requested the health authorities to withdraw the students in social service from both evening and night shifts. 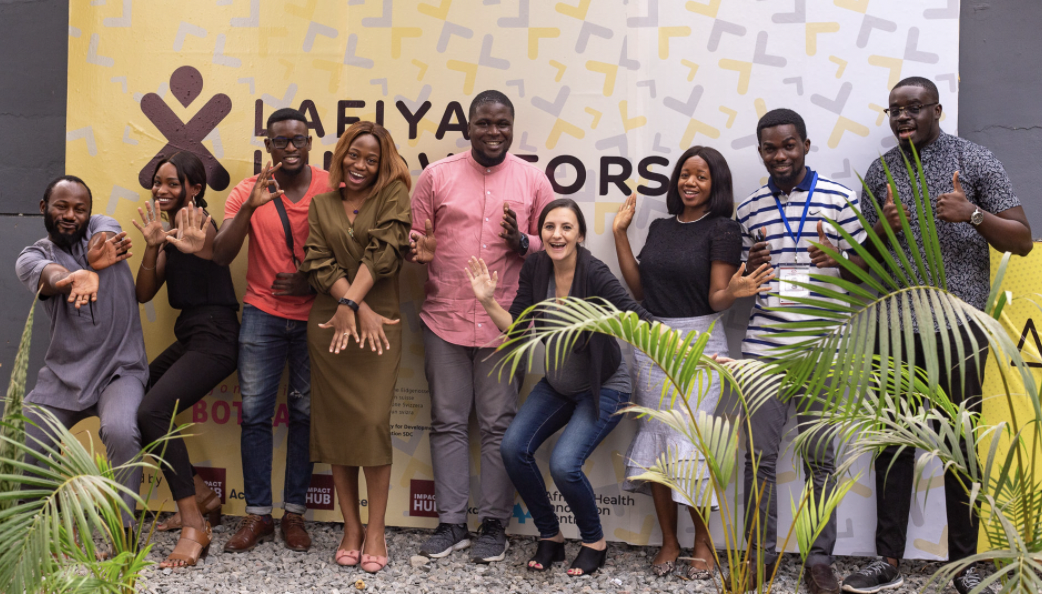 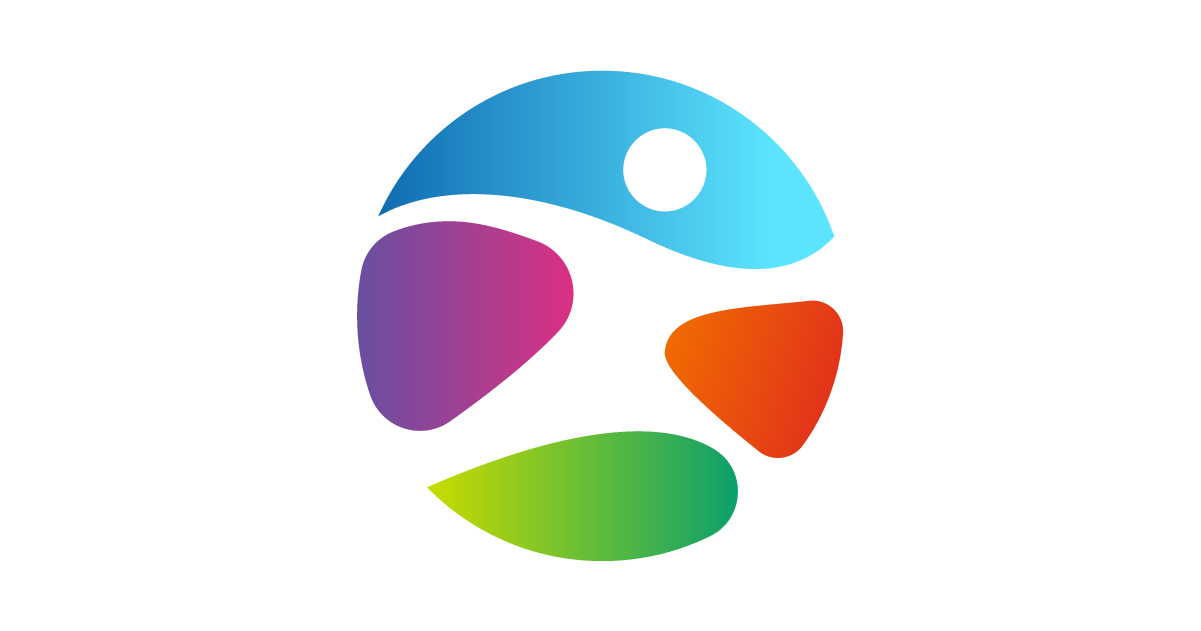 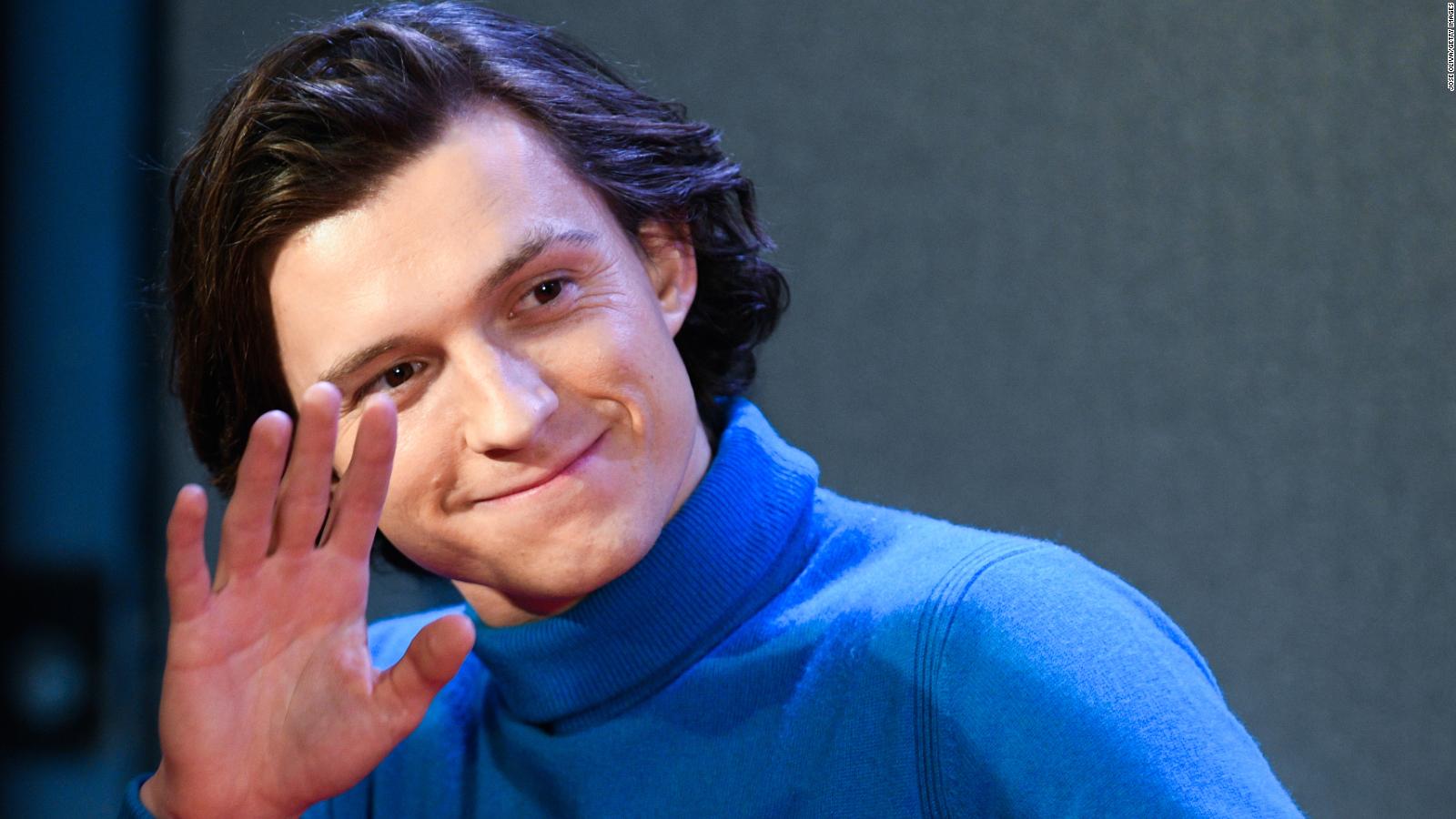 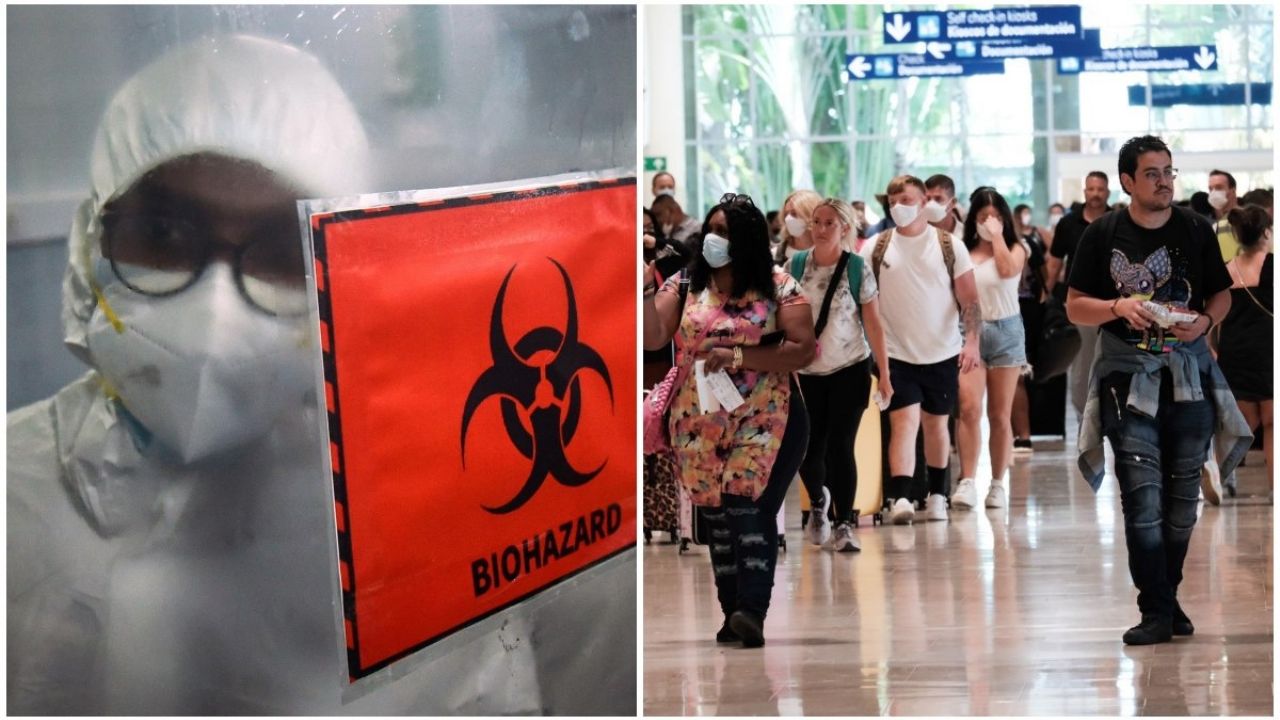