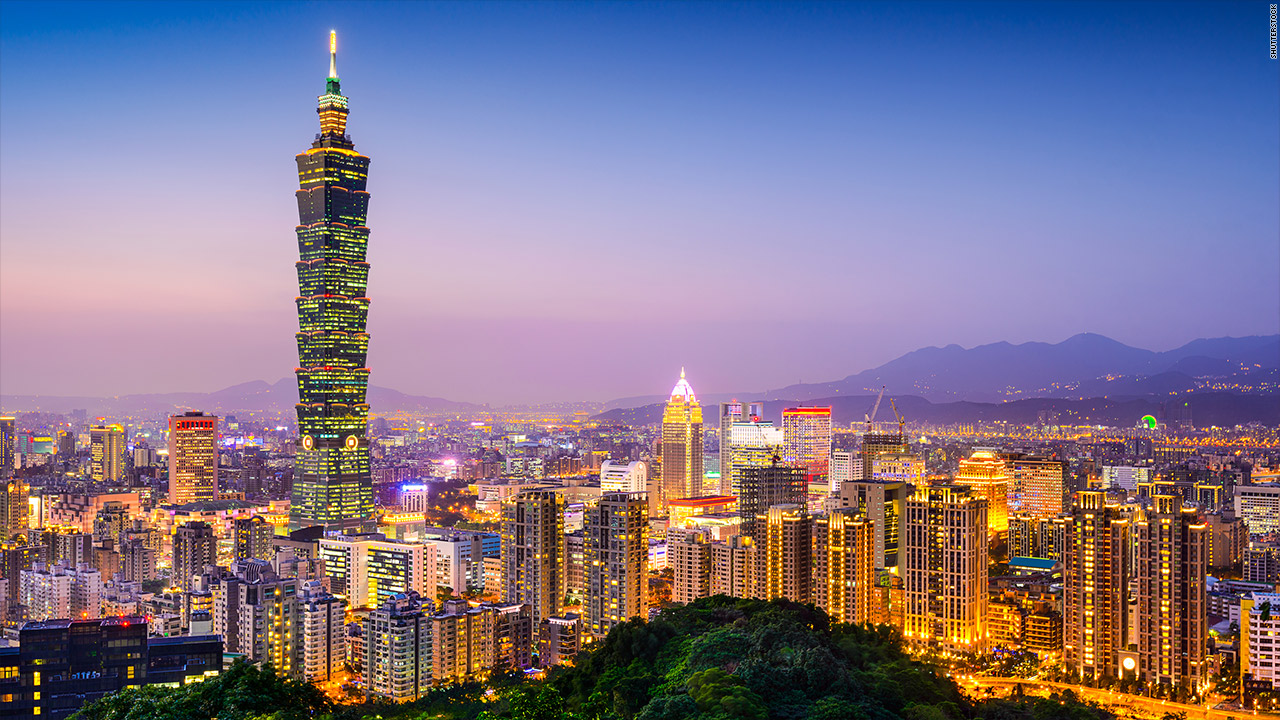 (CNN Spanish) — Here are some quick facts about Taiwan, including its location, the autonomous government that rules the island, and the relationship with the People’s Republic of China.

The official name of Taiwan is the Republic of China and its capital is Taipei.

Formerly known as Formosa (Beautiful, in Portuguese), the name given by Portuguese explorers, Taiwan is an island of 35,980 kilometers in area located in East Asia.

The island was inhabited by indigenous peoples of the region until the arrival of Chinese populations, of the Han ethnic group, in the 17th century. The Portuguese were the first Europeans to see the island in the 16th century, then explorers from the Netherlands also arrived.

The official language is Mandarin Chinese, although Min Nan Chinese and Hakka Chinese are also spoken, in addition to 16 indigenous languages. While Buddhism (35.3%) and Taoism (33.2%) are the main religions, followed by Christianity (3.9%).

The political situation on the island

Taiwan has an autonomous government based on the semi-presidential system. The current president is Tsai Ing-wen, elected in 2016.

Since the end of the Chinese civil war in 1949, the governments of Mainland China (People’s Republic of China) and Taiwan (ROC) consider Taiwan to be a Chinese province and both claim to be the legitimate rulers of the entire territory of China, Taiwan included. The dispute has remained tense to this day.

Taiwan —as the Republic of China— occupied until 1971 the bench reserved for China in the United Nations Security Council for its participation among the allied powers in World War II. In that year, however, the member countries of the UN recognized the legitimacy of the People’s Republic of China, which took its place.

A view of Taipei, the capital of Taiwan.

The People’s Republic of China, invoking the “one China” principle, does not allow countries to have diplomatic relations with Beijing and Taipei at the same time. Consequently, only 14 countries in the world have chosen to recognize the legitimacy of the Republic of China on Taiwan: Marshall Islands, Nauru, Palau, Tuvalu, Eswatini, Belize, Guatemala, Haiti, Honduras, Paraguay, Saint Kitts and Nevis, Saint Lucia, Saint Vincent and the Grenadines, and the Vatican.

1662 – Immigrants from China begin to settle on the island of Taiwan during the Ming dynasty and expel settlers from the Netherlands.

1895 – After being defeated in the First Sino-Japanese War, China must hand over control of Taiwan to Japan.

[1945- At the end of World War II, Japan returned control of Taiwan to China, governed by the Nationalist Party, or Kuomintang (KMT), led by Chiang Kai-shek.

1949 – The communists led by Mao Zedong win the civil war against the Kuomintang forces, whose government goes into exile in Taiwan along with 1.2 million of its supporters.

From Taiwan, Chiang Kai-shek’s Kuomintang maintains the claim of being the legitimate ruler of all of China, based on the 1947 constitution. Meanwhile, the People’s Republic of China, led by Mao, is founded on the mainland.

1949 to 1987 – The Kuomintang rules Taiwan under martial law, with Chiang Kai-shek as president until his death in 1975.

In the 1980s, a process of democratization began: in 1986 the creation of the Democratic Progressive Party (PPD), the first opposition force, was allowed, and in 1987 martial law was lifted.

Unlike the Kuomintang, which shares the “one China” principle and opens the door to future unification, the DPP is linked to the Taiwanese independence movement.

nineteen ninety six – The first direct presidential elections are held in Taiwan: Lee Teng-hui, of the Kuomintang, is the winner.

2000 – For the first time in its history, the PPD wins the presidential elections and displaces the Kuomintang from the Government. An alternation period begins.

2016 – Tsai Ing-wen, of the PDP, wins the presidential elections: she is the first woman to occupy the position.

Previous He became a legend of El Tri by beating Hugo Sánchez on 10, now he sells tacos
Next Televisa actors announce their engagement after keeping it a secret