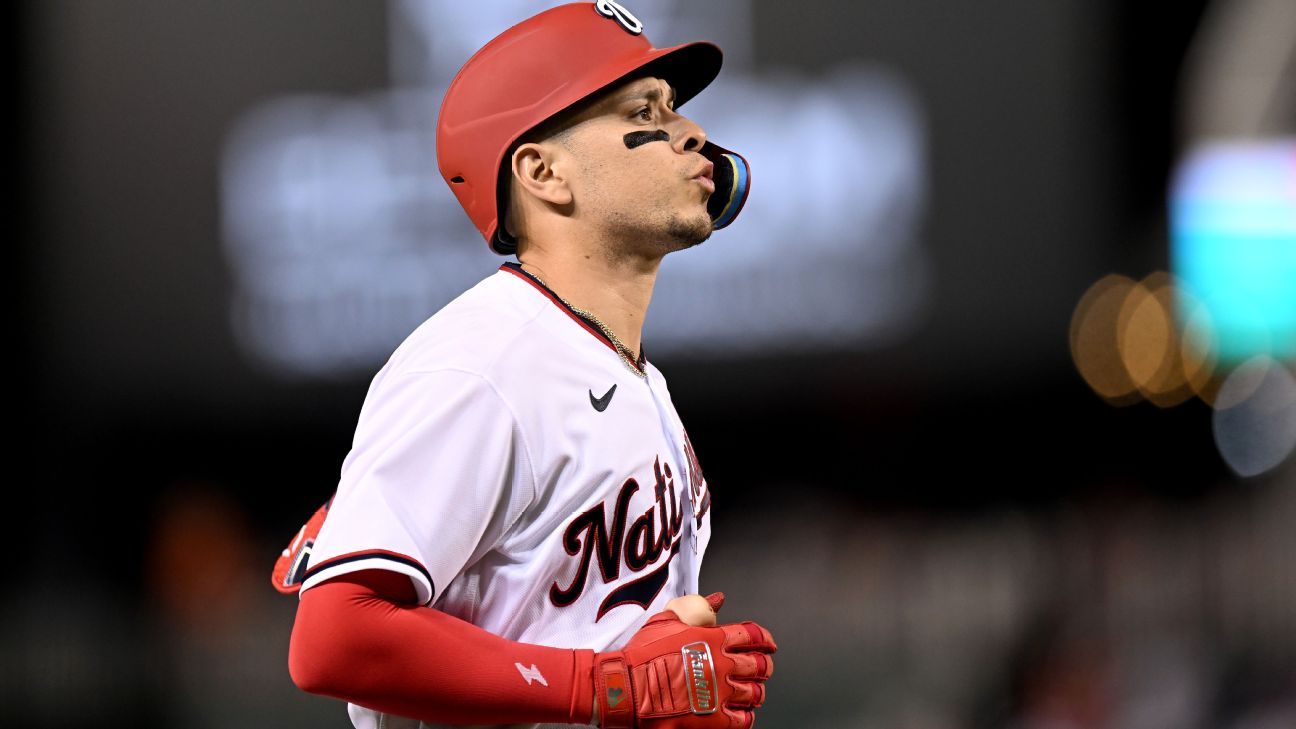 Joey Meneses is the first Mexican-born player to hit a home run in his Major League debut.

First baseman Joey Meneses became the first Mexican-born player to homer in his Major League debut, doing so for the Washington Nationals Tuesday night against the New York Mets at Nationals Park in Washington, DC

Meneses, 30 years 088 days old and who became the 143rd player born in Mexico to play in the Major Leagues, the ball between right and center field disappeared when he opened the bottom of the seventh inning to the first pitch made by the reliever Yoan Lopez.

It was Meneses’ third at-bat of the game, after striking out in the second inning and popping to right field in the fifth against starter Jacob deGrom, who ultimately went no-decision in the Mets’ 5-1 loss to the Nationals. In the eighth inning he struck out again to go 1-for-4.

Meneses is now the fastest Mexican to hit a home run in the Major Leagues, leaving the Sonoran behind Gabe Alvarez, who on June 23, 1998 with the Detroit Tigers did so in his second game and fifth at-bat. Álvarez is the fastest Mexican baseball player who has hit his first two home runs, because that day he hit two and the second he did in his seventh legal at-bat in two games.

Meneses, born in Culiacán Sinaloa on May 6, 1992, benefited from the change that brought Dominican outfielder Juan Soto and Josh Bell to the San Diego Padres, as he was immediately called from Triple A to the big team to fill in for the initial to Bell.

Just as he made history with his home run, Meneses also made history by being the oldest Mexican-born position player –not pitcher– to debut in the Majors, surpassing the age of 30 years 55 days Joseph Tolentino when he debuted as a pinch hitter on July 28, 1991 with the Houston Astros against the Pittsburgh Pirates.

Joe Meneses is the first player born in Mexico to hit a home run in his first Major League game.#MexicanPower#YoAmoElBeis pic.twitter.com/wFuOYdMoeB

Meneses is now the oldest position player to hit his first home run, at 30 years 88 days, outscoring Tolentino — 30 years, 84 days — by four days. Coincidentally, Tolentino also did it against the Mets on August 26, 1991 against the Dominican Alexander Penaon the first pitch he threw at him in the eighth inning.

the pitcher Enrique “Egg” Romo He remains the oldest player born in Mexico by giving his first home run – unique and with a full house – on October 1, 1980 at the age of 32 years 78 days with the Pirates also against the Mets.

Meneses’ arrival in the Major Leagues comes 11 years after signing for his first MLB organization, the Atlanta Braves, on May 9, 2011 as a free agent and debuting that same year in the Dominican Summer League.

He spent 10 years in the Minor Leagues and one more in Japanese baseball.

This year I was in Triple A with Rochester Red Wingswhere in 96 games he hit .286, leading the team with 20 home runs and 64 RBIs.

Meneses is the 143rd Mexican-born player to make his Major League debut and the fourth to do so this season, after Daniel Duarte (April 8) with the Cincinnati Reds, Adrián Martínez (May 10) with the Oakland Athletics and Jonathan Aranda (24 June) with the Tampa Bay Rays.

Previous Disturbing the College of Physicians deployment of Cuban doctors
Next Skydiver miraculously saved; video shows how he was going to crash to the ground