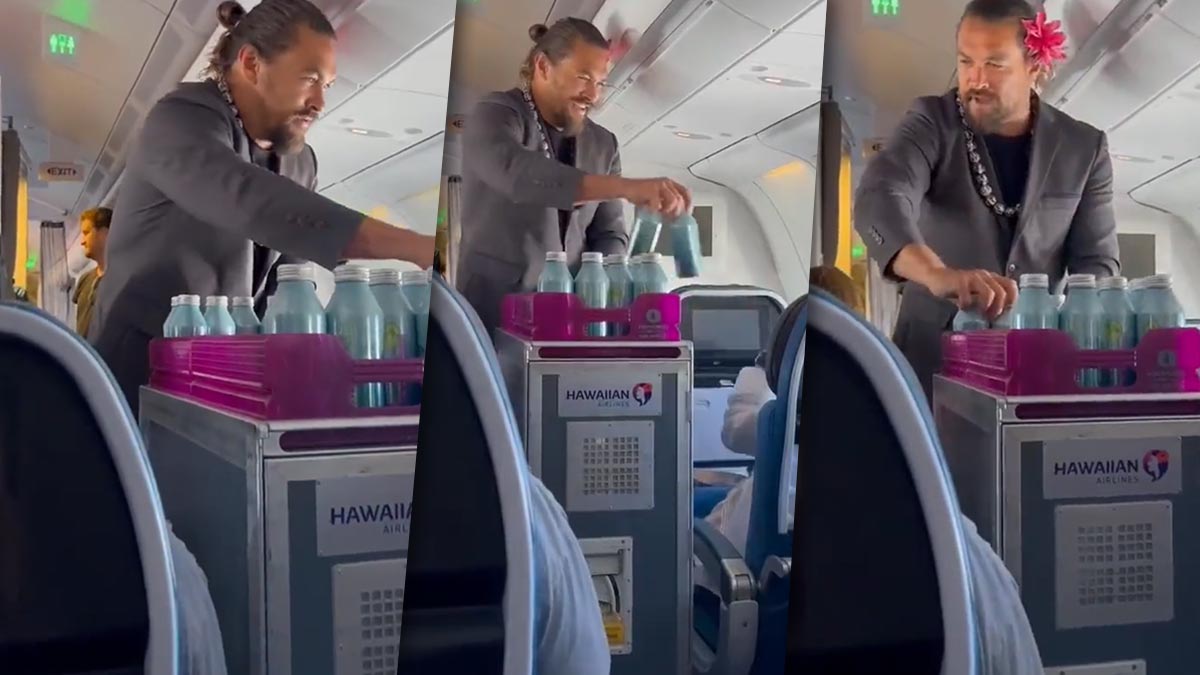 Jason Momoa, best known for playing “Aquaman” in the DC movies, he was caught in full flight towards Hawaii while handing out bottles of water, a situation that surprised the passengers on the plane.

The user of TikTok @livinglikekyle shared the video, which later went viral, where the actor is seen pushing a cart with bottles of water that he offered to passengers in a kind and smiling way.

The scene of the famous actor could only have been a moment of fun, but in reality it was an advertising campaign, since Jason Momoa just launched your watermark.

Despite the curiosity of the moment, which caught everyone’s attention, there was a special detail that few noticed but the explanation could involve Eiza Gonzalez.

Are Jason Momoa and Eiza González in a relationship?

While the famous actor from “Game of Thrones” stole the attention of the passengers, the pink flower that he wore behind his left ear drew attention, because in the Hawaiian culture, the interpreter was born in Hawaii, when a person places a flower in that position it means that he is engaged, so his followers suggested that it could be of an indication that he and Eiza Gonzalez They could take the next step.

A few days ago some images were released where Jason Momoa and Eiza González were captured giving the “roll” on the actor’s motorcycle.

It seems that the couple has resumed their love relationship, after it had been rumored that they had ended, and they have given him a new opportunity, or at least that is what the photos published by the Daily Mail.

A source close to the couple confirmed to the English newspaper that yes there was a brief estrangement but they chose to resume their relationship since “they love each other very much.”

Until now neither Jason Momoa nor Eiza González have spoken about it and everything seems to indicate that their love relationship continues while both celebrities seek to attract as little attention as possible.